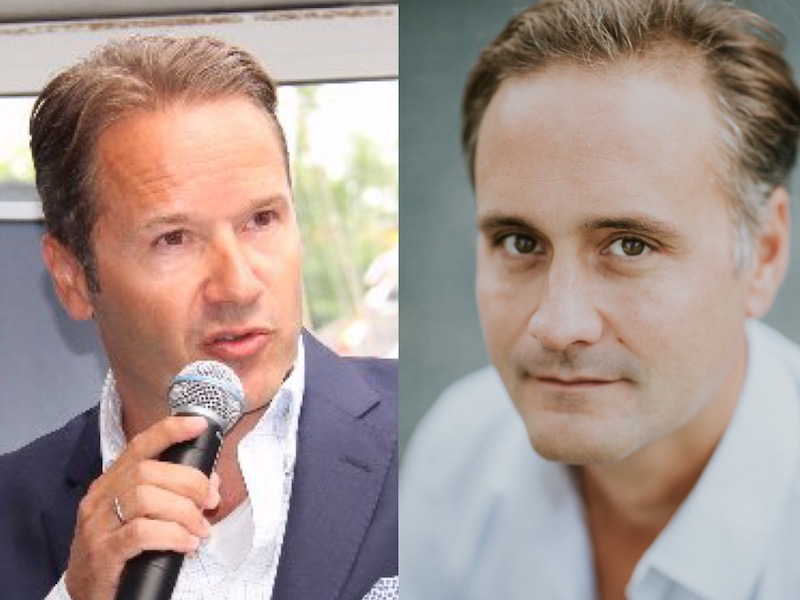 OSLO — A newly-formed holding company, Paritee, has acquired a majority stake in Scandinavian PR agency Geelmuyden.Kiese Group (GKG) as its first step in building a local and regional communications and marketing group with “a new approach to ownership”.

Paritee has been set up by Lars Erik Grønntun – currently COO and CMO at edtech company Kahoot and former global president of Hill + Knowlton Strategies – and Jonatan Fægri (pictured, right) who has left his role as chief of staff for EMEA at H+K after 15 years with the firm to start the new venture.

At Paritee, Grønntun’s involvement will be as investor and chairman, while Fægri will oversee day-to-day operations. The company is in the process of concluding its first key hires, with a CEO to be announced soon.

Grønntun (pictured, left) confirmed Kahoot was not associated with Paritee and said his “investment in this venture will not influence his role at the company” and told PRovoke Media there was no intention that he would move over to Paritee full time.

He said the aim of the new holding company was to establish a new agency ownership model: “While the industry itself has seen massive changes over the past decades the approach to ownership has remained more or less the same. Most agencies are either traditional partnerships or owned by the large holding companies.

“We believe there exists a third way, playing to the strengths of both models. We believe that active ownership, deep industry insights and a large international network combined with a fundamental respect for the local nature of communications and entrepreneurial spirit, will deliver added value to the agencies we partner with.”

As its first investment, Paritee has acquired 50.1 % of the outstanding shares in Geelmuyden.Kiese from founder Hans Geelmuyden, with an option to further scale its ownership stake. The current partners retain their stakes. For this initial investment, Grønntun and Fægri have used their own funds, but the duo said they are intending to “increase the team and the investor base” in the future.

Geelmuyden will continue as chairman of GKG for the remainder of the year, while Paritee will claim two board seats. Karne Lykkebo will continue in her role as managing partner.

Founded in 1989, Geelmuyden.Kiese was a pioneer of the communications industry in Norway. In 2020, the agency had net sales of $17.5 million and an operating profit of $1.5 million; it is now the largest PR agency in the region, with offices in Copenhagen, Oslo, Stockholm and Bergen.

Last year, Geelmuyden was the subject of controversy after making two racist comments at a diversity conference, for which he later apologised. As a result of the incident, both Ikea Norway and LO, the Norwegian Confederation of Trade Unions, terminated their contracts with GKG. Geelmuyden resigned as CEO but continued as chairman.

On the acquisition of his firm, Geelmuyden said: “GKG has been my project for 32 years and over the past years I have sought a change in ownership that could help take the agency, our clients and our talents to the next level. I have sought an industrially competent owner and I am certain that the team at Paritee understands the agency and the markets we operate in, and has the qualities needed to develop GKG also in the future. I am very proud of what we have achieved in GKG and I look forward to partnering with Paritee going forward.”

According to Grønntun, Geelmuyden.Kiese is “a very strong starting point for a further expansion” in a growing sector, thanks to the scale of its operations, long-standing client relationships, a strong team and management, and “a unique passion for the craft.”

He added: “I have the utmost respect for Hans and the agency he has built over decades. He is one of the founding fathers of the communications industry in the Nordics and has populated the communications landscape with numerous talents over the years.”

Fægri said he had left H+K to start the new venture because “after 10 years spent in international communications agencies we have seen a lot of different ownership structures and we have made some observations around what we believe works and what doesn’t; this was an opportunity to put that thinking to the test.”

And he said the group was actively looking for new partners: “We believe in the value of strong entrepreneurs combined with an international exchange of ideas, and we believe that the best communications solutions of the future are found in the intersection between technology, strategy and creativity. This informs the type of people we want to attract and the agencies we want to partner with. We are looking for people who share our values and want to take part in what will hopefully be a very entertaining journey.”

Fægri told PRovoke Media that Paritee would be looking at relevant European markets, and that “segments with high growth and rapid development are especially interesting.” He added: “We want to partner with likeminded people who share our aspirations and our belief that the future of communications and marketing resides in the intersection between technology and creativity. That will inform what type of agencies we pursue.”