Please refer to our Privacy Policy for important information on the use of cookies. By continuing to use this website, you agree to this.
Home Latest Nigerian Campaign For Solar Provider Lumos Wins Platinum At African SABREs 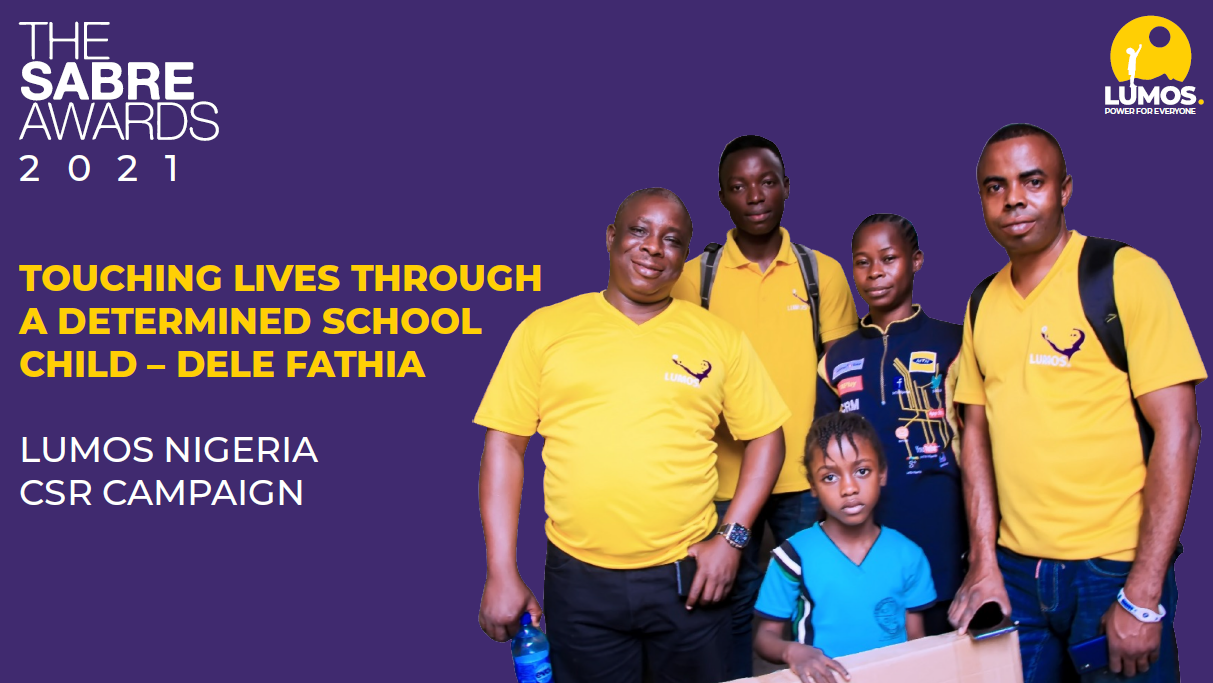 LONDON—“Touching Lives Through A Determined School Child,” a campaign conducted by Nigerian PR firm Modion Communications on behalf of Lumos Nigeria, was awarded the Platinum SABRE Award for the best public relations campaign of the year at last night’s African SABRE Awards, which were presented digitally for the second consecutive year.

The campaign began with the story of Dele Fathia, a Nigerian schoolgirl who was using the light from one of her town’s ATM machines to study by, because her family had no electricity. Working with Lumos, the county’s leading solar and renewable energy provider, the agency worked to install the company’s power system in Dele’s home.

“This was a campaign that understood the power of one person’s story to illuminate a broader issue,” said Paul Holmes, who chaired the SABRE jury. “The company took tangible steps to improve the situation, drawing wider attention to a serious issue and establishing itself as a leader in its market.”

A complete list of the honorees can be found here.