Please refer to our Privacy Policy for important information on the use of cookies. By continuing to use this website, you agree to this.
Home Latest Nik Govier Launches New Agency For A “Blurred” World 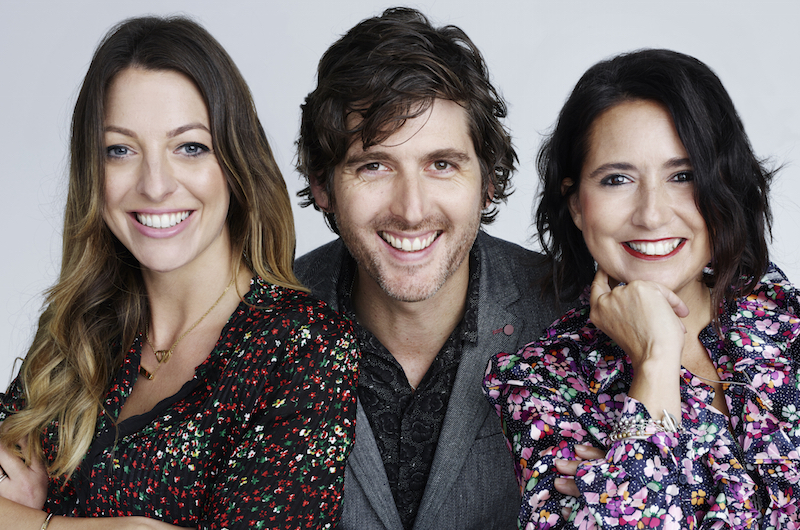 LONDON —Nik Govier has launched her new consultancy, Blurred, ten months after leaving Unity, the agency she co-founded in 2005.

She is joined by two other founding partners: Stuart Lambert, strategy and creative director at Weber Shandwick; and Katy Stolliday, who was a board director at Unity before moving to Brands2Life as deputy MD, consumer in December 2017.

Also joining is Nick Porter, formerly a partner at integrated agency Iris, who will be a non-executive director and will coach everyone in the business.

The core team is supplemented by two specialist consulting and creative cohorts, which Blurred will draw on as clients need them. The agency is keeping these names under wraps for the time being, but says they come from varied backgrounds including government, FTSE boardrooms and sustainability experts, as well as the worlds of photography, music and digital culture.

Blurred has already won its first retained client, after a five-way competitive pitch: StockX, the world’s first “stock market of things”, which the agency launched last week across Europe. The two-year-old billion-dollar company counts Eminem, Karlie Kloss and Mark Wahlberg among its investors. Blurred’s brief covers corporate and mainstream consumer PR as well as reaching collectors of trainers, or “sneakerheads.”

The team investigated different funding options, including selling a minority to a big group, but decided the best route was for the founders to own the business. Blurred is almost entirely owned by the three founders, with a small amount of external “family and friends” investment. Govier is the major shareholder, with funds coming from sources including selling her stakes in Tin Man and Unity.

Govier left Unity, which she set up with Gerry Hopkinson, at the end of last year, and told the Holmes Report she had already been thinking about a new type of agency: “I wrote the premise before I even left Unity, and put it in a drawer. But in every conversation I had from then on, when I was meeting agency CEOs and working out what to do next, I found I was testing and refining that proposition.”

Explaining the new agency name, she said: “The world is changing at an unfathomable pace and we’re seeing the blurring of lines between corporate and consumer, between internal and external, between marketing disciplines, between what’s real and what’s fake. At the same time, there’s an increasing desire from human beings to understand the businesses behind the brands, but for too long, corporate reputation work has not been given the full creative treatment.”

Govier described the three founders as “strategists and creatives and commercially-minded consultants: it’s a central team of real polymaths. The magic of the three of us is something I’ve never experienced before.”

Lambert has led major UK wins for Weber Shandwick including Centrica, Virgin Atlantic and Netflix, and leaves on 9 November to join the new venture. He told the Holmes Report: “I had eight great years at Weber Shandwick and I’m proud of playing a role in building what is now one of London’s foremost consumer practices. But for a long time I’ve believed in the power of hybrid strategic and creative thinking, rather than integrating distinct skills. When Nik told me about the Blurred proposition it was amazing, because we’d had the exact same ideas.

“It’s about digging into the relationships and connections between companies, culture and human beings; by thinking deeply about that simple concept we can do really transformative work that will change the nature of the businesses we work with. Good communications consultancy is now good business consultancy.”

Lambert added: “The typical agency offer to clients in an uncertain world is to help them ‘navigate’ it but that’s a defensive posture. Actually, we believe an uncertain, blurred world is packed with opportunity for companies to grow and innovate.”

Stolliday, who left Brands2Life in July, told the Holmes Report: “A lot of agencies talk about offering corporate communications or creativity, but rarely the two together. We’re here to bring both under one roof and give clients access to great consultancy and groundbreaking creative storytelling. The most exciting thing for me is that I’ve been so frustrated with the industry being perceived as superficial and not seen for what earned media can really deliver. It’s a total dream to be able to start from scratch and build something around what clients will want in the future.”

Govier is punchy about what Blurred wants to achieve in business terms: “This year we want to get to where most agencies would get in four years. But it’s less about the money than the type of work we want to do. Our structure means we can work with big clients from day one.”