Please refer to our Privacy Policy for important information on the use of cookies. By continuing to use this website, you agree to this.
Home Latest PR Grand Prix: 'This Is Work We Should Repudiate, Not Celebrate' 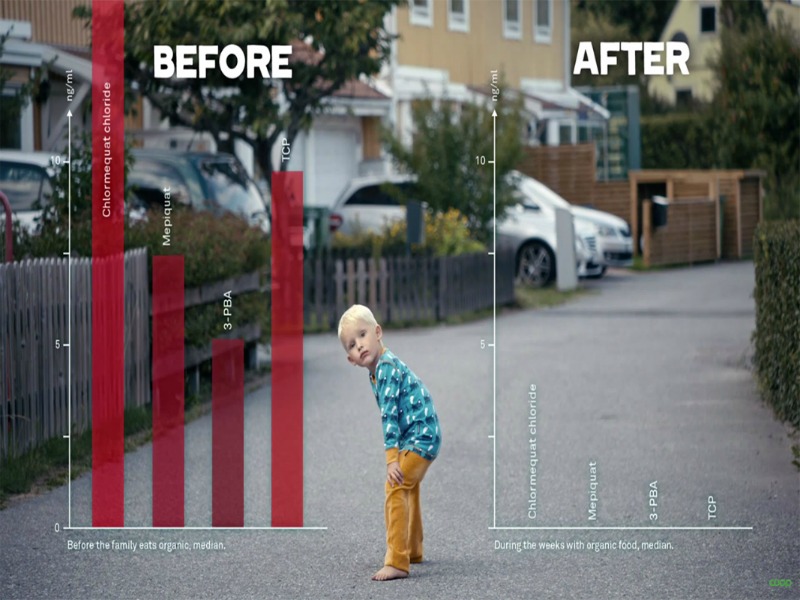 PR Grand Prix: 'This Is Work We Should Repudiate, Not Celebrate'

The PR industry’s top prize at Cannes was presented this year to a campaign that typifies all the things that give public relations a bad name.

The PR industry’s top prize at Cannes—arguably, the most prestigious public relations award in the world—was presented this year to a campaign that typifies all the things that give public relations a bad name.

The “Organic Effect,” a viral video campaign created by Swedish advertising agency Forsman & Bodenfors, purported to show the benefits of a Swedish family switching to an all-organic diet—but did so in a way that was at best misleading and at worst completely dishonest.

This was spin, pure and simple—scaremongering to sell more stuff—and it is the kind of work our profession should repudiate, not celebrate.

You don’t have to spend a lot of time on Google to get a sense of what is wrong with “The Organic Effect.” The first 13 comments underneath the company’s own YouTube video point out the most fundamental problem with the campaign, and there is plenty of online media coverage pointing out the numerous distortions and manipulations.

The main criticism is that Swedish Co-op did not test for residues from the pesticides used in organic agriculture (in Sweden, those include lime sulfur, pyrethrins, iron phosphate, and more), just for those used in non-organic products. It then presented this as a reduction in pesticide residue in the family’s urine.

Writing for Forbes, science communicator and bad science debunker Kavin Senapathy wrote: “Most people don’t realize that organic agriculture uses pesticides too, albeit different ones. And the experiment didn’t test for pesticides used in organic agriculture. This is like assigning a group of people to drink screwdrivers (that’s OJ and vodka for our teetotalers), then having them swap the screwdrivers for rum and cola, and concluding that rum and cola drinks lead to zero vodka levels in the body.”

It’s tempting to make allowances for the jury, which is not permitted to conduct its own research into the submissions and which is made up of PR people with (one assumes) little expertise in the science.

Except that I am nobody’s idea of a scientist, and less than 30 seconds into the video I was asking questions about the validity of the data—because the video is replete with red flags for anyone who has spent any time studying the ways in which spin-meisters manipulate data.

At around the 30 second mark, for example, we are told the family have “a number of different pesticides inside their bodies.” This is clearly meant to be alarming. “We’re eating pesticides,” says one family member. “Disgusting,” says another. It’s an understandable visceral reaction, perhaps, but there is absolutely no attempt to put this factoid in context.

There is no information provided about the levels of pesticide found, nor any context about how those levels relate to human health—perhaps because the levels are almost insignificantly low and there is absolutely no evidence to suggest they pose any actual risk.

Then—at about the 57 second mark—there’s a chart (see visual above) that constitutes a textbook example of how to use graphics in the most misleading way possible. The X axis on the chart cuts off at 10 nanograms per mililitre—a choice that makes it look as though at least one of the chemicals tested for it literally “off the charts.” A more honest choice would have been to use the level at which pesticide residue might constitute a risk to health.

Not to belabor the point, but when it comes to toxicity dosage is everything—and when there’s a conscious attempt to obfuscate what the actual dosage levels mean, the only conceivable reason is an intent to deceive.

(I won’t even comment on the manipulative image of the innocent little blond boy inserted in between the two graphs.)

And then, finally, there was the piece de resistance of disingenuousness, the mother’s comment—at around the 1.18 mark—that “there were a whole number of chemicals removed from my kids’ bodies” as a result of this experiment.

Leaving aside the fact that there were almost certainly a whole bunch of new chemicals put into her kids bodies (from the pesticides used in organic farming), there’s this whole idea that “chemicals” are unnatural and dangerous. It’s almost as if she doesn’t know that everything her kids eat—natural or not, organic or not—is made up of “chemicals” as indeed is the air that we breathe, and all matter, including the kids themselves.

(I’m not mocking the mother here. She is not a scientist. It’s not her job to know this. But it is the job of anyone communicating scientific “information.”)

I’m also less inclined to let the jury off the hook because we brought these issues to their attention within minutes of the press conference, and they looked into the matter with some urgency. According to Cannes’ CEO Philip Thomas, the festival contacted the client, who stood by the work (not surprisingly, since it presumably signed off on this approach). He also pointed out that a lawsuit alleging false and misleading advertising—brought by pesticide companies—had been thrown out of court earlier this week.

So at least “The Organic Effect” was not actually illegal. But it was clearly deceitful and manipulative (imagine your reaction if the “bad guys” like Monsanto had taken precisely this same approach to demonize organic foods—better yet, try to imagine the mirror image campaign from Monsanto winning the industry’s top prize) and feeds into the worst tropes about public relations promulgated by the industry’s critics.

It’s not just unethical. It’s also bad PR. In an era of social media and radical transparency, any dishonesty is discovered quickly (it took us less than a minute) and punished severely by consumers. This is the kind of work that undermines trust, destroys credibility, and erodes the relationships that PR is supposed to build.