Please refer to our Privacy Policy for important information on the use of cookies. By continuing to use this website, you agree to this.
Home Latest PR Industry Must Do More To Help Tackle Anti-Asian American Violence 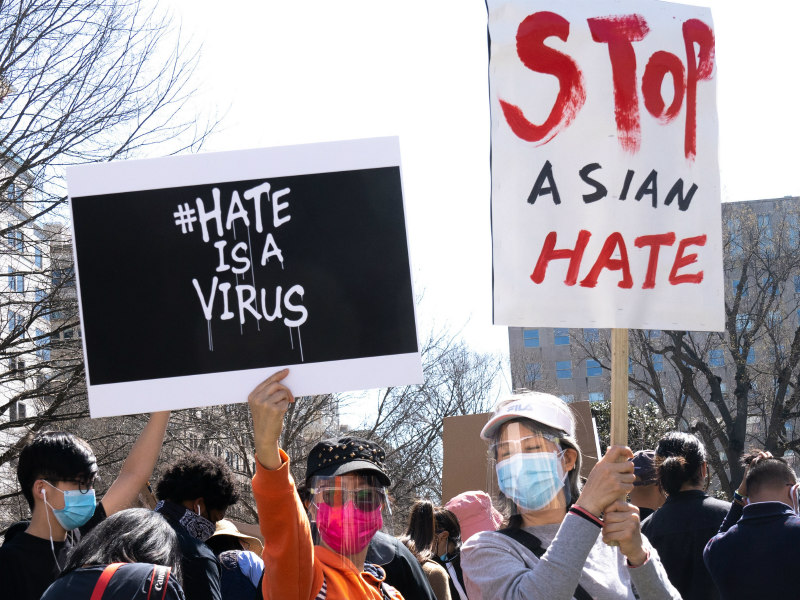 The recent surge in anti-Asian American violence is deplorable – but also a call to action for the PR industry.

The recent surge in anti-Asian American violence is deplorable – but also a call to action for the PR industry.

For far too long, public relations firms have sought to de-politicise their work – to delineate an ostensible line between public advocacy and public-facing relations; whilst the latter is concerned with maximising the interests of the clients for whom PR firms work, the former is a distinctly political task, supposedly reserved for those who are indeed politically active and conscious.

Yet on issues like racism and hate towards Asians, Muslims, or any other disenfranchised ethnic minority group, the PR industry has an active obligation to speak out. As aptly put by an Omnicom spokesperson, “As a collective of creatives and creative problem solvers, we have a role to play in humanising each other and sharing stories that shed a light on the Asian American Pacific Islander (AAPI) community”.

Such efforts cannot stop at just the AAPI community. The PR industry has been a historical beneficiary off Asian-American representation and inclusion – which has boosted both the profiles and credibility of clients seeking to rehabilitate their historical image of under representing and under platforming marginalised voices.

In an ideal world, diversity should nourish the public relations sector, from introducing an eclectic range of different views, to enhancing the reputation of faltering firms, to enabling companies to proudly prove their commitment to corporate social responsibility. The PR industry relies upon this kind of value pluralism, but this also gives rise to reciprocal obligations — diversity cannot be merely lip-service, as much as it may be convenient or tempting to keep it that way.

From a perspective of self-interest, there is also every reason for companies to want to prevent attacks on Asian-Americans and other persons of colour. Asian-Americans represent roughly 6% of the US population, with rapidly growing purchasing power (it increased by over 2.5x over the past two decades).

This renders Asian-Americans a substantial player and market segment in the United States, which would be downright unwise for firms to alienate. Additionally, should firms seek to consolidate their supply chains in Southeast Asia over the upcoming decades, they could ill-afford to come across as apathetic, tokenistic, and dismissive in their response to the proliferate racism in America today.

The PR industry bears the responsibility of advising and steering their clients’ ships when they are looking to veer off course. Even if corporate boards and shareholders have yet to react promptly to the unfolding events in the country, consultants and advisors must flag the very real possibility that the failure to take a resolute stand against racism is costing these companies consumers and supporters across Asia and America. Even where money rules, the sensible option is to side with the moral outcome — as opposed to what may, on the surface, seem popular in certain segments of the American population.

So what gives? What can the PR industry realistically do, one may ask.

For starters, we need more Asian-American representation in advertisements and promotional materials — an alternative Bechdel test, if you will, for the demographic. A welcome start — as per the 3in5 movement initiated by Omnicom — involves platforming the stories and voices of Asian-Americans.

Yet this cannot be a standalone project that is devoid of connections with the wider world – we need greater platforming and presence, even disproportionate (if necessary), of Asians in advertisements and marketing campaigns. Only when PR firms and conglomerates take such a drastic measure, could they be clearly and viscerally perceived as making a statement that is not tokenistic – but is genuinely committed to emancipating media and commercial spaces for Asians.

Furthermore, it is high time that PR firms employ more Asian spokespersons to become their fronting faces — not just, selectively, on issues pertaining to diversity, but on issues at large. Asian-Americans comprise some of the most highly educated and well-qualified individuals in the American workforce, yet many find themselves confronted by an invisible glass ceiling that bars them from rising to positions of substantial power.

None of this is to call for the installation of hard quotas or token ‘seats’ reserved for Asian-Americans, but it is imperative that, as experts in corporate image, PR firms lead by example — by training and building up a corps of professional, competent, and aspirational Asian talents who can lead and speak on behalf of the companies.

Finally, the inputs from persons of colour cannot be treated as a mere check-box exercise — it is imperative that PR firms introduce heightened racial consciousness training to their businesses and clients, even when they are engaging in seemingly non-race/diversity-related work and outreach efforts.

Crisis response teams ought to feature, far more prominently, the voices and counsel from marginalised populations, whilst ensuring that the demographics of the team at large are as diverse as possible. Asian-Americans deserve a real say in the decision-making process — as opposed to serving merely as incidental after-thoughts tactically deployed to embellish particular decisions in retrospect.

The PR industry must act promptly and decisively to help stymy the tides of violence and bigotry we see in the US today. Asian-Americans deserve better. We deserve better.