Please refer to our Privacy Policy for important information on the use of cookies. By continuing to use this website, you agree to this.
Home Latest PRCA Names Agency & In-House Winners At National Awards 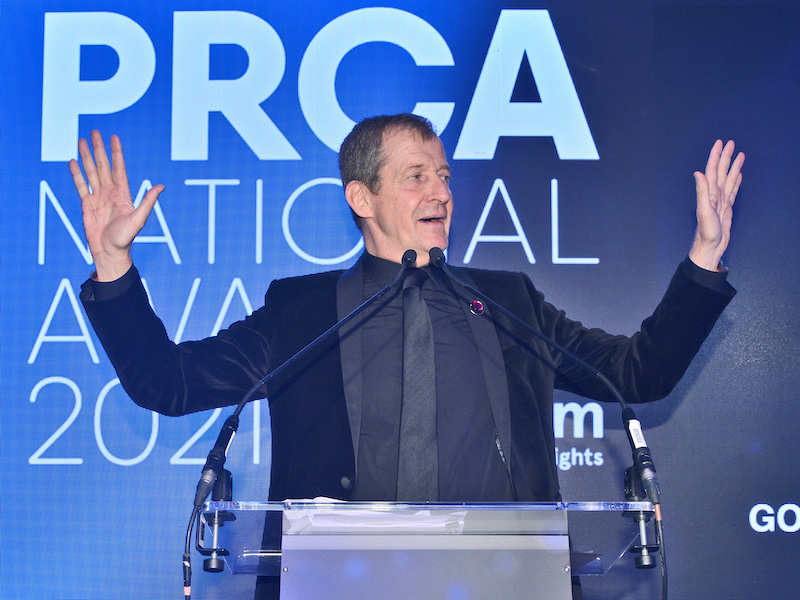 The in-person ceremony was attended by more than 500 PR professionals from across the UK.

LONDON — The Public Relations and Communications Association (PRCA) has named the winning agency and in-house teams at its first in-person national awards ceremony for two years.

More than 500 PR professionals from across the UK attended the event, hosted by Alistair Campbell (pictured), the former spokesman, press secretary and director of communications and strategy for prime minister Tony Blair, as well as a mental health campaigner.

Ketchum won the Diversity award, and built environment agency BECG was named as the best specialist consultancy of the year. The in-house teams of the year were at not-for-profit care and housing organisation Anchor and enterprise software firm Red Hat.

People Like Us founding brothers Sheeraz Gulsher and Darain Faraz, who set up the networking group for Black and ethnic minority talent in the marcomms and media industries last year, were named as “Industry Trailblazers”, while Milk & Honey PR founder Kirsty Leighton was named as PR leader of the year, and Stephen Waddington won the Mark Mellor Outstanding Contribution to the Industry Award.

Of the campaign awards, The Academy won campaign of the year for its 'Pandemic, Purpose and Planet' work with Morrisons supermarket.

PRCA director general Francis Ingham said: “Over the past 12 months, our industry has proved its enormous reliance, importance, and power. The PRCA UK National Awards was an exclamation mark on its roaring return.”