Please refer to our Privacy Policy for important information on the use of cookies. By continuing to use this website, you agree to this.
Home Latest Pressure Campaign Takes Aim At Fossil Fuel Agency Partners 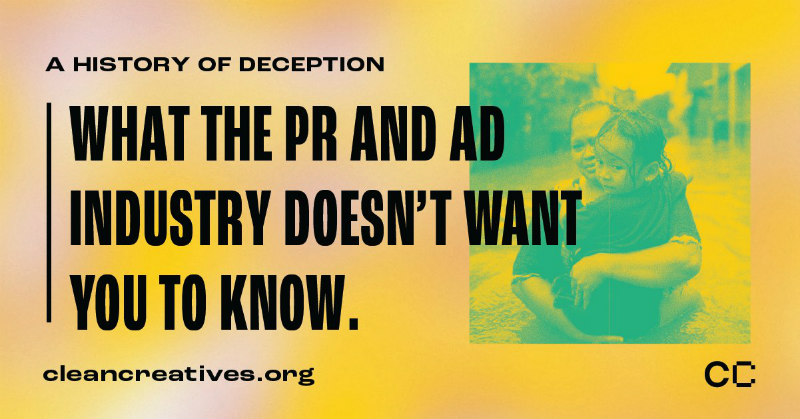 'Clean Creatives' is calling on PR firms and advertising agencies to cut ties with the fossil fuel industry, as media reports amplify the pressure.

NEW YORK — A new campaign aims to pressure PR firms and advertising agencies against working with the fossil fuel industry, and has already claimed its "first win" after Porter Novelli ended its relationship with the American Public Gas Association (APGA).

'Clean Creatives' is targeting PR and ad agencies that "deploy multimillion dollar greenwashing and misinformation campaigns that help delay climate action on behalf of fossil fuel clients," according to a statement from the campaign.

The Clean Creatives effort is supported by Fossil Free Media, a nonprofit media lab that supports the movement to end fossil fuels and address the climate emergency.

The launch of Clean Creatives coincides with a New Yorker article by Bill McKibben, one of the founders of grassroots climate campaign 350.org. The article points to promotional campaigns for the energy industry by PR and ad agencies, including Porter Novelli's support of the APGA.

In response to McKibben's enquiries, the New Yorker reports that Porter Novelli has ended its APGA relationship. "Porter Novelli is committed to regularly assessing evolving issues, the science that guides them and their impact on diverse, global audiences," said agency chief of staff Maggie Graham. "As such, we have determined our work with the American Public Gas Association is incongruous with our increased focus and priority on addressing climate justice—we will no longer support that work beyond 2020."

Porter Novelli is not the first PR firm to publicly disavow a major fossil fuel client. In 2015, PRovoke Media revealed that Edelman had ended its lucrative relationship with the American Petroleum Institute, worth $327m between 2008 and 2012.

More recently, FTI Consulting has hit the headlines via a New York Times investigation of its work on behalf of the oil industry, which reportedly involves the formation of various grassroots groups that are designed to build influence and support for petroluem and other fossil fuels. According to a subsequent FT article, FTI Consulting is facing a "client backlash", with major sustainable investing players reconsidering their relationships with the firm.

“Despite their sustainability goals and past pledges to stop working with climate deniers, nearly all of the world’s largest PR and ad firms continue to work with fossil fuel industry clients,” said Jamie Henn, founder of Fossil Free Media and producer of the Clean Creatives campaign. "WPP does business with Shell and Chevron, Omnicom’s BBDO does much of ExxonMobil’s advertising, Ogilvy runs branding exercises for BP. Our campaign will expose the depth and breadth of these relationships."

Henn said he would like to see more firms follow Porter Novelli's lead. "We're going to be putting out a report in the coming weeks that lays out the relationships between many PR and ad agencies and the industry, including some case studies," Henn told PRovoke Media. "The truth of the matter is that most of the major ad firms — certainly those in the WPP and Omnicom families — have ties to big oil."

Accordingly, Clean Creatives is calling on agency staffers to reveal information of fossil fuel clients via a private Signal message channel. Agencies and clients are also asked to take a pledge that states: "We are the heart of our industry, and our best brands want creatives that will help them find their purpose and make a difference—not take their money and then sit down with the biggest polluters on the planet."

The campaign will be supported by social media advertising and also aims to apply political and legal pressure, noting that since the 90s, "the five major oil companies have spent over $3.6 billion on reputational advertising, much of it aimed at projecting an environmentally and socially responsible image."

“PR and ad agencies pollute the airwaves so that fossil fuel companies can pollute the atmosphere,” said Duncan Meisel, campaign manager at Clean Creatives. “The spread of climate misinformation can be directly traced back to firms with names like WPP, Omnicom, and Edelman. As long as they continue to engage in polluter relations, these firms will be one of our greatest barriers to climate progress. It’s time for PR and ad agencies to come clean.”

“Very few agencies openly acknowledge their fossil fuel work on their websites or in their citizenship and sustainability reports, while most tend to evade questions about their industry relationships when asked,” added Christine Arena, former Edelman EVP and CEO of creative agency Generous. “This creates an accountability gap and lack of information that current and prospective shareholders, employees and agency clients need to know.”