Please refer to our Privacy Policy for important information on the use of cookies. By continuing to use this website, you agree to this.
Home Latest PRovokeAP: “The Rise Of Asia Will Have A Profound Effect On Global Thinking” 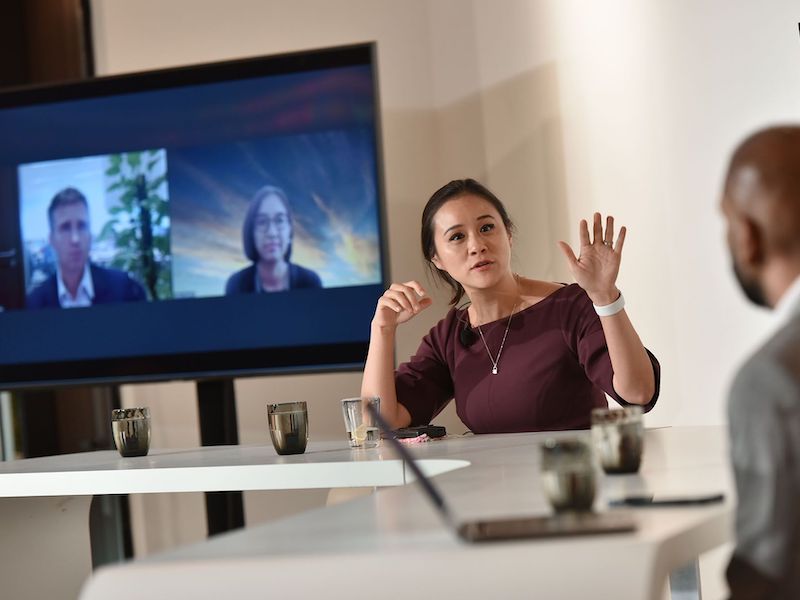 PRovokeAP: “The Rise Of Asia Will Have A Profound Effect On Global Thinking”

HONG KONG — The rising economic weight, technological power and international influence of Asian countries will require a profound adjustment in how the world sees Asia – and how global companies manage conflicting stakeholder expectations, according to speakers at PRovoke Media’s first hybrid Asia-Pacific Summit.

BCW’s regional head of corporate and public affairs in Asia-Pacific, Douglas Dew, gave an overview of the rise of Asia on the world stage, pointing out that Asian countries would have “about half of the world’s capital by the end of the 21st century, and will grow more confident and assertive.”

He said: They will expect to be rule makers as well as rule takers, and may be much less willing to accept advice from foreigners. It’s fascinating to think about how world will react to a China that is one and a half times as times as big as the US in terms of GDP by 2030. What about when India becomes the second largest economy in the word, and Indonesia is in the top 5? It will have a profound effect on global thinking. The world will be thinking differently about Asia, and Asians thinking differently about themselves in the coming decade.”

Dew said the implications for communicators would be equally as profound: “One of the core dynamics will be rising confidence in Asia and rising concern in the West. There is major potential for misunderstanding and conflict, especially with cultural differences. We’re likely to see various types of blame games and scaremongering and we will need enhanced ability to manage conflicting and competing stakeholder expectations. Understanding of Asia will be increasingly important among global leadership teams, and we will have to support them in that.”

For global companies, balancing stakeholder and investor expectations could be tricky, said Dew: “Many global companies are looking at Asia’s rise as a win-win opportunity. But those reacting from a zero-sum game perspective will more often have stakeholders in home markets who might feel they are losing out when global companies are investing more in other parts of the world than at home. When they announce those investments, they will need to be conscious of that, especially when the emphasis is on ‘rebuilding’ at home.

“It’s a political and values issue – there is much greater scrutiny and it’s growing harder for companies to reconcile. Asian governments are being more assertive at the same time as there is more pressure from governments and NGOs in other part of the world, and companies are being accused of being pawns of influence by Asian governments. Companies need the institutional capacity to understand these competing expectations and ensure there is a truly global decision making process with adequate representation from teams in Asia at the table who are having their voice heard.”

At Deutsche Bank, fellow panellist Amy Chang, head of communications and CSR for Asia-Pacific, agreed balancing potentially conflicting stakeholders was “extremely difficult” and that “any company operating across borders in a world that is potentially getting a little less friendly to full globalisation is navigating a very difficult set of circumstances.”

Chang said: “For a truly global organisation with multiple centres of decision making and multiple priorities that are often divergent, this phenomenon – this big change in Asia’s place in the world – can be interpreted very differently. Simple things like how we communicate success needs to be filtered through this lens.”

The panel noted that there was often a disconnect between communications and campaigns coming out of Western HQs, which were not always a good fit for Asian markets. “There’s an education process in terms of championing the region and how diverse it is internally, and getting in people’s faces so they understand at HQ and everywhere else,” said Chang.

“It’s not necessarily difficult, it’s just a process that needs to be undertaken to open up the ears of the people. As communicators, we’re under-resourced in MMCs based out of the region, as the prevailing attitude is that we can apply global and tailor local, but nuances and complexities – even intra-region – require capacity building, more budget and resource and more thought.”

Chang added that while “we’re a long way from having marketing in global multinationals being led by Asia-Pacific” she did think there was beginning to be a greater degree of autonomy: “A lot of that stems from the channels we use to communicate in this part of the world being different. All our other social channels are managed out of Frankfurt, for instance, but we manage WeChat here as there is no way that could be managed from there. As we assert ourselves in this part of the world we will see more driving of communications from here.”

Also on the panel was Diageo’s head of communications and society and APACD president Azmar Sukandar, who said Diageo was making a concerted effort to have more Asian representation in its internal communications.

“When we do regional town halls, we make sure we have translators. We operate across 10 different languages in Asia-Pacific, and even that opens up people’s minds to the idea that there is all this diversity,” said Sukandar. “Of course, we operate in English as a multinational, but some people can better express themselves in their own language, and there has to be more than one way of sharing and getting the best ideas. We’re also looking at our global collateral materials, and how much of Asia-Pacific’s presence can be identified as part of the global mix.”

And, reflecting on Dew’s comments about differing attitudes to the rise of Asia, Sukandar said some aspects were proving easier to swallow in the West than others: “Sometimes the discourse on Asia’s rise is interpreted as a zero-sum game, when there’s actually a lot of opportunity,” she said. “The rise of Asia in pop culture, for instance, doesn’t seem as scary – look at [Korean boy band] BTS, the first band since the Beatles to have five consecutive number one albums on the US Billboard chart, look at Netflix and the Oscars.

“When we see the rise of Asia as a centre of creativity, it seems to be OK. But it’s the other part, when we talk about GDP, I see more of this challenge.”

Sukandar said poor Asian executive representation within multinationals was a factor: “It’s crucial to get people to remember there’s a whole other part of the world that is a future engine of growth, but where representation is smaller. Of the top 200 global companies, in the US, only 8% of execs are Asian, and in Europe it’s 2%: how can they help to understand growth and the opportunity in Asia beyond if representation of the community your industries are selling to is not there?”

More positively, Dew said there was far greater interest from clients in understanding Asia: “It’s partly driven by crises and issue they’ve experienced themselves or have seen competitors experience, and how geopolitical dynamics are changing. I’ve never spent so much time talking to global leadership teams about these issues: there’s been a surge of interest in the past year, not just in the C-suite but people leading global public affairs, marketing and legal, and I’d expect that to continue as Asia just gets more important.”

He concluded: “Many clients’ dependence on Asia is growing at the same time as their anxiety is growing. They are making more money in Asia but are also getting more worried about it. They are prepared to invest more, but there is a lot more to be done, and they are thinking longer-term about macro scenarios that could impact their business, as well as specific sector issues.”