Please refer to our Privacy Policy for important information on the use of cookies. By continuing to use this website, you agree to this.
Home Latest PRovokeEMEA: 'We Need Leadership To Survive And Thrive' 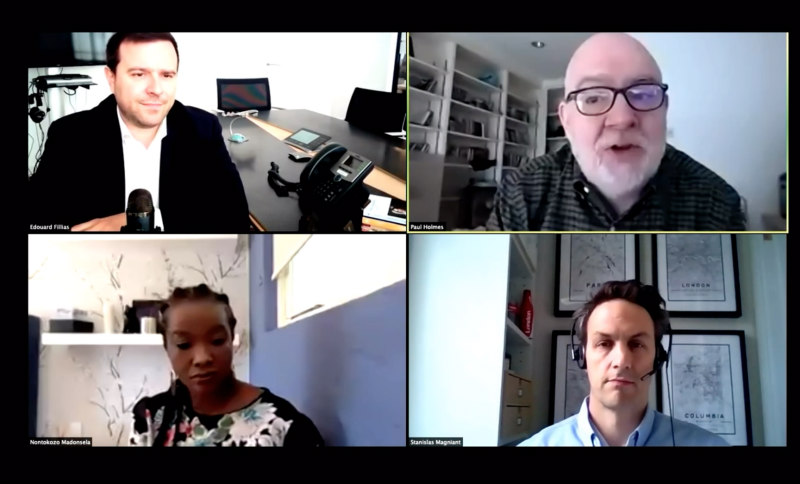 PRovokeEMEA: 'We Need Leadership To Survive And Thrive'

The changing nature of leadership brings significant implications for communicators, heard delegates at this week's PRovoke EMEA Summit, "in a world where crisis is the new normal and black swans are now the usual suspects."

"The biggest takeaway of this crisis is not digital transformation, but that in spite of the growing power of digital we need leadership to survive and thrive," said Fillias.

Madonsela, who works in financial services, is no stranger to crisis situations — likening her role to "living in a village with an active volcano". But Covid, she noted, "has accelerated the heat of the volcano", resulting in a situation where "there is no playbook".

Instead, Madonsela has focused her efforts on three areas — informing customers, reassuring employees, and digital transformation — where "products that are supposed to take two or three years are happening in weeks."

The digital acceleration, said Magniant, has reshaped expectations of leadership, thanks to weekly videos that are far more relatable than typical executive communication efforts.

"Even though we haven’t seen each other for months, we’ve never felt closer and that’s translating into our internal comms and HR barometers now," he said. "Sometimes you might have siloes between functions and might have to wait to share information, but now time has been compressed — leaders are communicating three times a day on urgent comms matters and that has allowed us to move faster and reduce uncertainty and confusion."

The increasing adoption of digital tools does bring other concerns, said Fillias, citing research his firm has conducted, which demonstrates higher levels of digital fatigue and boredom.

"People feel it has been an opportunity but also a source of stress and pressure," said Fillias, warning that public relations must not overlook its role in connecting people.

"What we need is to be connected, to know people, to be in touch, to build relationships and reputations," said Fillias. "I believe that it’s not time any more for corporate bullshit and sharing things that aren’t useful."