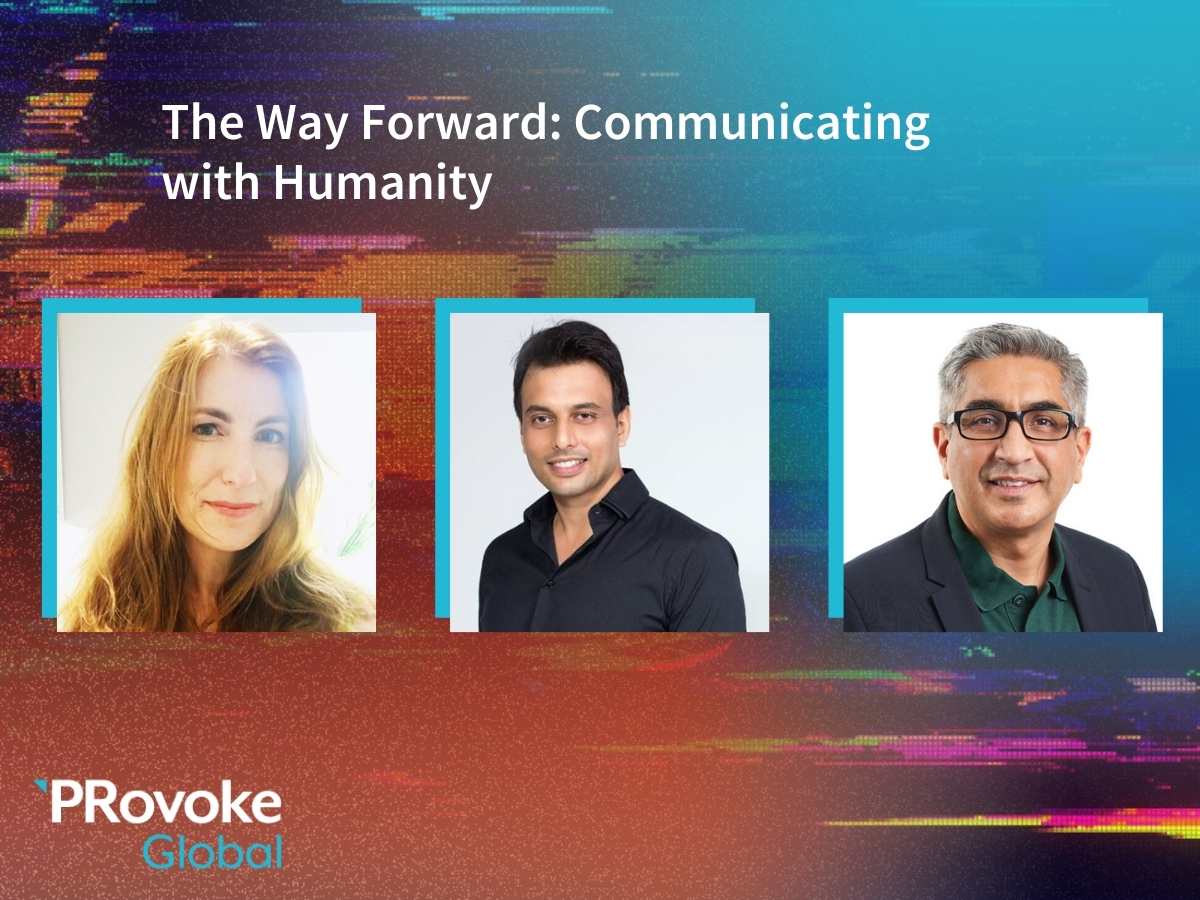 RB Health and Avian WE talked through the Benega Swasth India hygiene and health campaign, and how Dettol has won over sceptics.

Global enthusiasm among marketeers for ‘brand purpose’ shows no signs of slowing, yet convincing examples of it remain rare. Dettol’s Benega Swasth (formerly Benega Swachh) initiative, which has been running since 2014 and was named among the top 25 global pieces of work in this year’s SABRE awards, is one such campaign.

Conceived amid a push by the Indian government to improve national sanitation levels, the campaign has taken on a life of its own. It began as an effort to combat sickness by promoting habitual handwashing, and has evolved to encompass issues such as reducing air pollution.

In a discussion during day three of ProvokeGlobal that was sponsored by WE Group around the theme of “communicating with humanity”, Pankaj Duhan, chief marketing officer of RB Health, who leads the campaign, explained that over the past few years the focus had moved from cleanliness (‘swachh’) to overall health (‘swasth’).

“We believe being clean is a stepping stone to health,” he said. Raising national health by encouraging cleanliness is something that happens at a grassroots level, and that has meant partnering with multiple NGOs throughout the country. Particularly in the early stages, many were sceptical of Dettol’s intentions, so a major challenge has been persuading them of the company’s commitment to national health as opposed to simply increasing sales.

“The scale of the programme has been so big that one company can’t do it [alone],” said Nitin Mantri, group chief executive of Avian WE Group, RB Health’s agency for the initiative. “Our partners have really helped us in reaching out to NGOs in rural parts of the country.”

It helps that Dettol sets measurable goals each year, and that the metrics do not include ROI, Duhan said. “We talk about germs and no other frills,” he noted. Success depends on making an impact at scale in a sustainable manner. “Many pretender brands fall [when it comes to] scale.”

He added that working to educate the population on basic hygiene has helped grow the category Dettol operates in and that penetration of the Dettol brand has grown around 80% since the campaign started. According to Mantri, purpose is becoming as big a consideration as functionality among Indian consumers.

“Purpose helps the brand significantly,” Duhan agreed. “We don’t run after the brand, but the brand benefits happen.”

Duhan said working with children has helped, since Dettol has been able to effect a change in habits which previously-suspicious adults notice, giving the campaign credibility. “A significant part of the communication is on habit creation,” he said. Dettol based its actions on the insight that often, “people don’t wash their hands because they find it boring”.

The company helped change that sentiment with a 20-second song and dance routine on TikTok that was “nothing to do with Dettol and all about handwashing” and gained 125 billion views, he said. Yet although the campaign has yielded positive results, Duhan – who is preparing to move to London to oversee the Dettol brand globally – sees “a lot of unfinished work” in terms of the school programme, so it will remain a focus while Dettol explores ways to address areas like India’s poor air quality and malnutrition.

One thing that has not been overly challenging has been gaining support from RB Health’s management. “Internal buy-in was not difficult once the vision was set out and once we had a platform,” Duhan said. Having secured it, “we have just found ways to make a difference with our partners in our own small way”.