Please refer to our Privacy Policy for important information on the use of cookies. By continuing to use this website, you agree to this.
Home Latest PRovokeMENA: “Brands Are Not Doing Enough” On Purpose 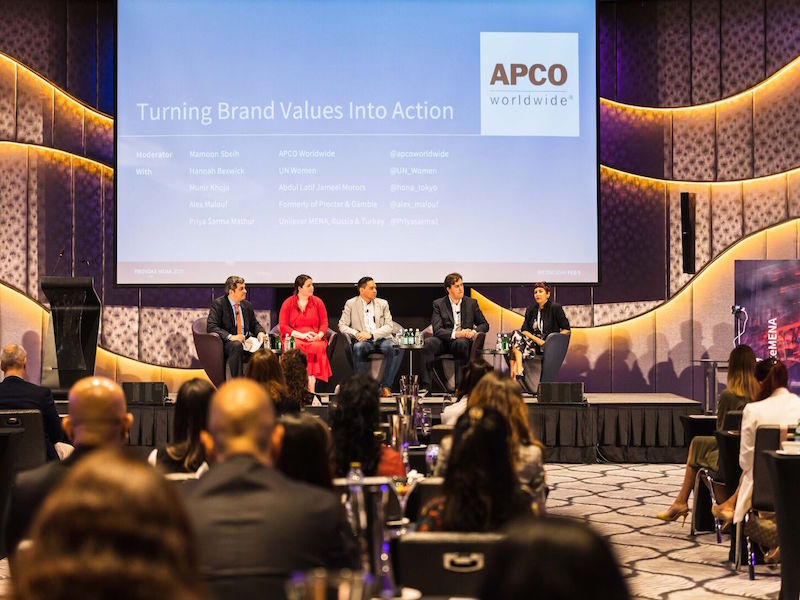 PRovokeMENA: “Brands Are Not Doing Enough” On Purpose

While corporations in the Middle East region are talking about purpose and equality, more needs to be done to turn values into action.

DUBAI — Brands are not doing enough around putting their purpose, and brand values such as equality, into action in the Middle East, said speakers at this week’s PRovokeMENA event.

In a discussion led by APCO Worldwide’s Middle East and North Africa president, Mamoon Sbeih, UN Women’s head of partnerships Hannah Beswick said that while she had good examples of the corporates she worked with advancing women’s equality in the region, there was still work to do.

“Unilever, for example, are doing good work on tracking attitudes to gender equality, and this helps us advise corporations and governments, to affect policy and hopefully change attitudes,” she said.

“Not so positively, we’ve had to reject partnerships with fast fashion chains and global supermarkets because we don’t believe they are living their brand values, or there are problems in the supply chain, or because they are putting out images in the advertising and marketing that objectify women. It’s a mix, but I will say, I think you could all be doing more.”

Alex Malouf, who formerly led P&G’s corporate comms in the region, asked delegates at the event if they thought brand purpose was being taken seriously and brands were doing enough to solve big issues, and only one hand went up.

He said: “We’re in a region where there are a lot of issues around the environment, sustainability and gender. We’ve just had the Year of Tolerance in the UAE, yet I can’t think of national brands who have stood up and said they want to do something to transform society. It’s our job as communicators to step in and say this impacts reputation, internally and externally.”

Malouf acknowledged it took time to effect real change but said MENA-based companies were lagging behind others: “It’s a journey, not an overnight transformation. On the multinational side there has recently been a coming together of like-minded companies to address issues, but we have a serious lack of national companies joining us, even though tackling inequality is part of the national agenda. There has to be a change in mindset.”

At Abdul Latif Jameel Motors, one of the biggest Toyota dealerships in the world, marketing communications director Munir Khoja outlined some of the initiatives the 75-year-old company had put into place around equality and sustainability, from microfinancing women-led businesses to practical support for women in Saudi Arabia who were recently permitted to learn to drive.

Khoja agreed that corporate initiatives having real impact on society took time, and this wasn’t always compatible with the fast pace of change in executive leadership: “The corporate lifecycle is short. Many leaders are only in post for five to six years, they achieve their KPIs and hand it over. It requires a believer, who can stay long enough in post and has a vision – as we can see in family-owned businesses.”

Unilever’s MENA, Russia & Turkey sustainability director, Priya Sarma Mathur, reiterated the company’s global commitment to sustainable and purpose-driven brand, based on the business case, but said whatever a brand’s purpose and actions, they had to be authentic and not purely to drive profit:

“Consumers are trying to keep us honest. Millennials are very informed audience and it’s important to ensure they have a voice so we don’t get woke washing or greenwashing happening – it’s the most important issue for us, we can’t use purpose to drive growth, it’s not authentic," she said.
Article tags
News P&G Unilever Abdul Latif Jameel Motors UN Women APCO Worldwide PRovokeMENA