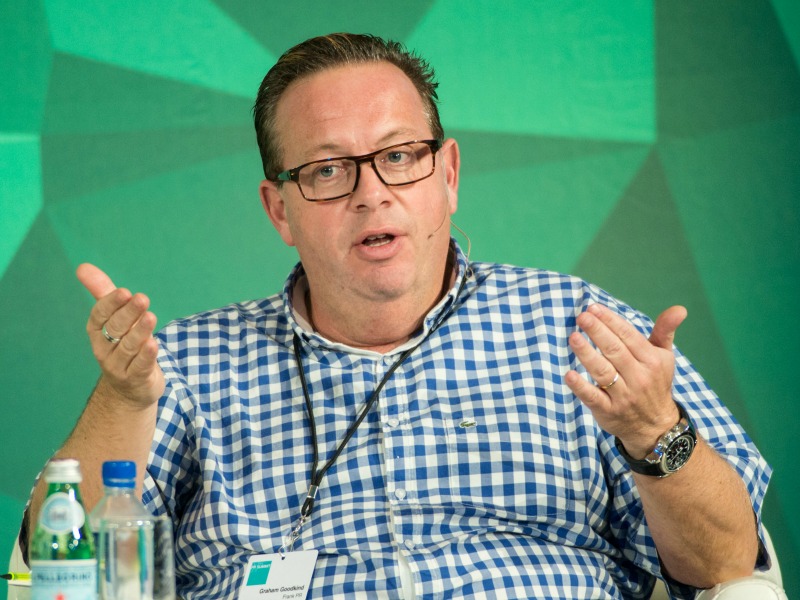 Independent PR firms urged to to value their ideas properly at the Global PR Summit in Miami today.

MIAMI BEACH—Independent PR firms were today urged to properly value their ideas if they hoped to successfully make the shift from creatives to creators.

Frank PR founder Graham Goodkind made the comment as part of a panel discussion at the Independent PR Firm Forum, which kicked off the Global PR Summit today in Miami, and was moderated by Julian Boulding from the Network One.

"The value of us holding on to our intellectual property is immense," said Goodkind. "As an industry for too long we’ve sold it for free."

That kind of mindset, said Goodkind, becomes particularly important given that "creativity is the battleground" where PR and advertising agencies are competing.

While around 50% of the agency principals in attendance said that they now have a creative director in their firms, Goodkind also cautioned against this trend. "My view is that sometimes creative directors can be bad news for an agency, he said. "It doesn’t work every time. I’ve seen agencies delegate the responsible of creativity to one person, and that somehow sucks the creative life out of what other people are doing."

"I’ve seen some agencies, particularly in the UK, often go downhill in their creative output after hiring a creative director."

Fredrik Edström, GM of French firm Le Public Systeme, noted that "the only way" for PR firms "to differentiate themselves is to have a better creative idea."

Getting to a point where the "best idea wins", though, is not necessarily easy, according to Imagem Corporative CEO Ciro Dias Dos Reis. He noted that his firm has implemented specific training to try and ensure that their recruits have the right kind of creative mindset.

"We do need to develop new strategies — motivating people to be creative," said Dias Dos Reis. "For the last two years we’ve developed a different system to hire people. We give different candidates a test — they need to show how they can solve a problem or challenge — it’s an important part of the decision we make."