Please refer to our Privacy Policy for important information on the use of cookies. By continuing to use this website, you agree to this.
Home Latest Publicis Groupe Financial Specialists Join Forces, Create Kekst CNC
Paul Holmes

Corporate and financial communications specialists Kekst and CNC, both owned by Publicis Groupe, have combined to create Kekst CNC. 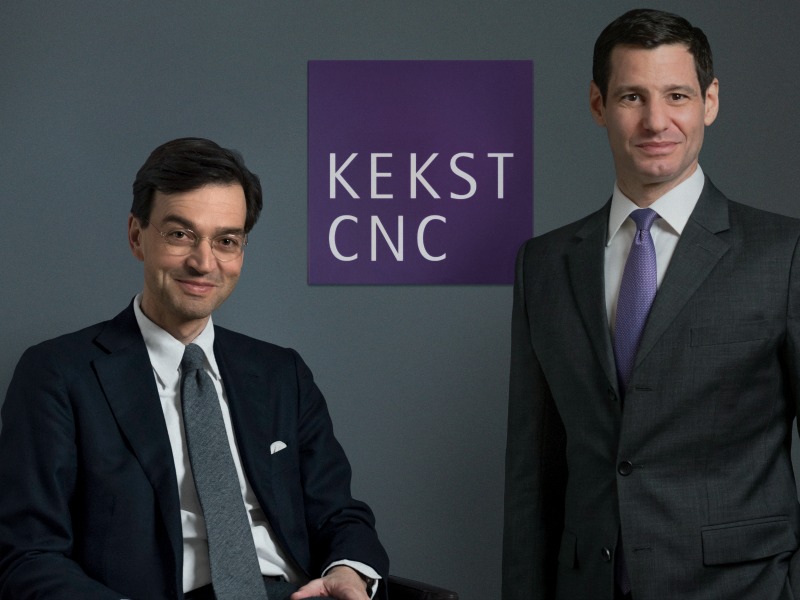 NEW YORK and MUNICH—Corporate and financial communications specialists Kekst and CNC, both owned by Publicis Groupe, have combined to create Kekst CNC, a global consultancy with 12 offices around the world and a range of capabilities that includes mergers and acquisitions advice, financial communications, change management, corporate reputation and crisis support.

Kekst CNC has more than 250 strategic communications professionals who will serve more than 600 clients across offices in New York, Munich, Berlin, Frankfurt, London, Tokyo, Brussels, Dubai, Abu Dhabi, Seoul, and Stockholm (where the firm will continue to operate under the JKL brand, after the Nordic powerhouse merged with CNC last year).

The merger consolidates CNC/Kekst's separation from the MSL brand, which began to take shape in 2016, when Publicis Groupe's flagship PR network became part of Publicis Communications.

In addition, CNC/Kekst will establish a presence in Greater China, with a new office in Hong Kong.

Unveiling the merged entity, Kekst chief executive Jeremy Fielding—co-CEO of the new company—pointed to the cooperation between the two firms on numerous cross-border assignments over the past two decades. “They approach client challenges the same way we do. We know how they think.”

Co-CEO Bernhard Meising, currently chief executive of CNC, points out that the personal relationship between the two goes back before CNC’s acquisition by Publicis in 2012. “Kekst was my agency when I was at Deutsche Telekom, and CNC and Kekst worked together on the DaimlerChrysler merger”

According to Fielding, “Global perspective matters more than ever in today’s environment, where business models are being upended by digitization and new stakeholder expectations. Our clients increasingly need a partner they can depend on for consistent and superior advice in the key global markets where they operate.”

Most of Kekst CNC’s direct competitors have some sort of international presence: Brunswick and FTI through their own multi-office networs, Finsbury through its merger with RLM and relationship with German market leader Hering Schuppener, and Abernathy MacGregor through its AMO partnership with Maitland in the UK and others.

But Meising points out that M&A “is just one pillar of our offer. We have a pretty diverse business in financial communications, in change and transformation, and shareholder activism is becoming a global challenge also.”

That’s one reason for the launch of a new Hong Kong operation, which will be led by Pui Shan Lee, who most recently spent six years with FTI Consulting in Shanghai and has experience with APCO Worldwide and Citigate Dewe Rogers. In an additional move designed to strengthen the new firm’s cross-border capabilities, Kekst managing director Vanessa Neill will be joining the London operation of the new firm.

Kekst CNC has also formed an advisory board that represent diverse geographies and practice areas. The board is chaired by Maurice Lévy, chairman of the supervisory board of Publicis Groupe, and includes Ambassador Wolfgang Ischinger, former German ambassador to the US and UK; Nuala O’Connor, president and CEO of the Center for Democracy & Technology; Göran Persson, former Swedish Prime Minister; and Matthew Westerman, co-founder of MW&L Capital Partners and formerly with Goldman Sachs, HSBC and Rothschild & Co.

Says Arthur Sadoun, CEO of Publicis Groupe, "Kekst and CNC are like-minded consultancy brands that have long been leaders in their respective geographies, and we could not be more supportive of their decision to join forces. Across every part of Publicis Groupe, we see how business leaders are facing extraordinary pressures as the pace of change accelerates and stakeholder demands rise exponentially."