Please refer to our Privacy Policy for important information on the use of cookies. By continuing to use this website, you agree to this.
Home Latest “Purpose Is Passé”: Davos Speakers Urge Businesses To Work Together 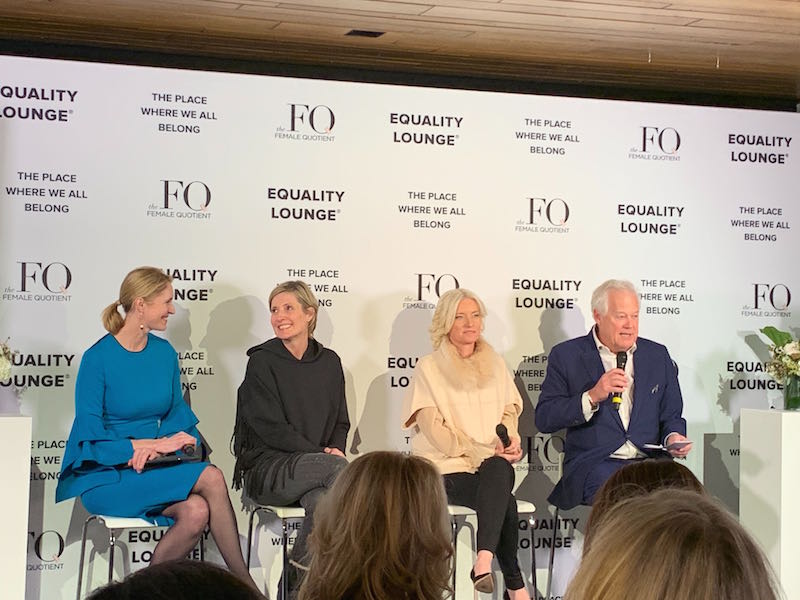 “Purpose Is Passé”: Davos Speakers Urge Businesses To Work Together

Businesses are starting to collaborate to solve global problems, rather than just focusing on their own purpose, according to WEF speakers.

DAVOS — Just as brand and corporate purpose became a mainstream – and pervasive – topic of conversation at the World Economic Forum, speakers at one session said purpose in its current incarnation needed to evolve further, and fast, to solve global problems.

Valerie Keller (pictured, left), the co-founder and CEO of Imagine, which helps businesses collaborate to work toward the UN Global Goals, declared that “purpose is passé” and being a purpose-driven organisation in isolation was no longer enough to deal with climate change and rising inequality.

“I see purpose everywhere. Companies are saying they are part of the greater society and have to care about people and the planet, but there is something about purpose patina and purpose puffery – and that is from someone who has been purpose pedalling for years – that now doesn’t seem to fit.”

Keller was speaking at a Female Quotient Equality Lounge session in Davos this week, ‘From Profits to Purpose: Why Companies Have a Responsibility Beyond Their Bottom Line,’ moderated by Weber Shandwick chairman Jack Leslie.

She added: “We’re now seeing another evolution: a new breed of companies who are not just purpose driven themselves, but are innovating and collaborating. Sustainability is now business hygiene, and individual companies can’t do it alone, they have to be able to collaborate. The new frontier of business is with those who are leading on the transformation of their industry, otherwise we have 1,000 ‘North Stars’ and the fleet is not going to get across the ocean in time.

“A seed company, for instance, can’t solve the Health For All global goal alone; it will take governments, and partnerships. We’re seeing a new breed of CEOs who are showing up not just in their role as CEO, but as part of humanity and society. They are starting to say they are playing a bigger game than just their company. It’s not just about saving the planet, it’s that if we don’t, it’s going to be very uncomfortable for us as a species, let alone other species. And ultimately this isn’t super-complicated: never doubt that a few people can’t change the world.”

Also on the panel was Facebook’s VP of global marketing solutions, Carolyn Everson (pictured, second right), who agreed that addressing the biggest global problems could only be done through collaboration: “There is a recognition that governments can’t solve it alone, and it will have to be a partnership with business. We are now seeing uncommon collaborations – CEOs who used to compete – and still do on a daily market basis – are also taking a much broader view of the world and their place in it, and coming together around issues like plastics and diversity.”

Everson said the increasing insistence that purpose was at the core of a business was being driven by employees and consumers: “The notion of work and life being separate has been fundamentally changed thanks to technology. Employees, especially younger generations, are demanding that their companies and CEOs stand for something, and are demanding radical transparency in how companies are operating and communicating.”

At Levi’s, which has assembled more than 200 businesses to lead the corporate charge against gun violence in the US and has had a long-term commitment to sustainability in its supply chain, SVP and chief comms officer Kelly McGinnis (pictured, second left) said balancing purpose and profit was only hard work if it wasn’t true to the company’s ethos.

“Our ethos is profits through principles, and that’s the lens through which every single decision throughout the company is made. It feels natural – it’s not about choosing one over the other. When I joined we had to make hard decisions, but it was made clear that it’s not even on the table to compromise on sustainability. It’s not all about selling more pants, but when we’ve been the most vocal, the business has been strongest.”