Please refer to our Privacy Policy for important information on the use of cookies. By continuing to use this website, you agree to this.
Home Latest Red Havas Makes Three Senior Appointments In London & US 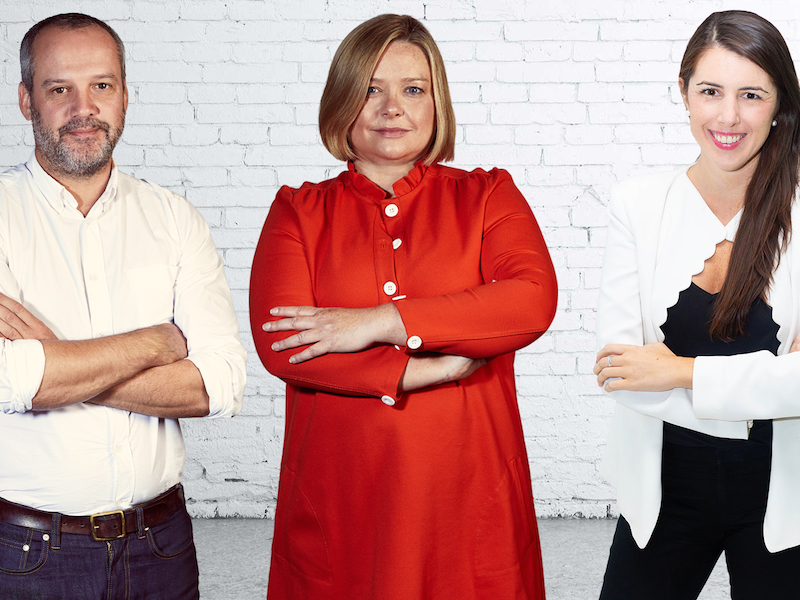 LONDON — Red Havas has made three appointments to its global leadership team, the Holmes Report can reveal.

The three appointments follow the Red Havas rebrand in May, which saw 12 Havas-owned PR agencies adopt the new branding across North America, Asia-Pacific and the UK. The new brand, which works with clients including Kellogg’s and Gregg’s, will also be expanding to Japan and South America within the next 18-24 months.

UK lead Sansom joins from Huntsworth-owned Red Consultancy, where she was the managing director of the consumer division. She was previously managing director of the brand team she founded within Engine agency MHP, and also held senior in-house roles at Motorola Mobility and The Random House Group. Sansom will be responsible for driving growth in the UK, working closely with Nigel Hughes, who leads the established Manchester office.

Sansom, who took up her post at the end of August, told the Holmes Report: “It’s an unparalled opportunity for me to lead and grow the London office and be part of what Havas is doing globally. The agency is refreshingly agile and hungry, but with a full suite of international capabilities and deep expertise in corporate and consumer brand engagement.”

Campbell joins Sansom in London from his previous role as head of content and partnerships for Havas Australia. He devised the first brand-owned digital-only TV channel, Go Beyond TV, for Land Rover, and created Australia's first interactive music and entertainment series for Sony Music and Commonwealth Bank.

Carroll was previously vice president of the corporate and consumer division at sister agency Havas Formula, where she oversaw key accounts, including Jaguar Land Rover and ADP. In her new role, she will be responsible for managing global clients and driving integration across agencies in the Red Havas network.

Red Havas is part of the Havas PR Global Collective, the PR and communications arm of the Havas Group, made up of around 40 agencies around the world and more than 1,300 employees. Red Havas global CEO James Wright told the Holmes Report that the three senior appointments would help the agency’s “big ambitions” for growth, and support its “progressive and contemporary merged media agency model, with content, creative and data at the centre.”

Of Sansom, the only one of the trio to not have worked with Wright before, he said: “It’s an opportunity to shape something at the beginning in an entrepreneurial network, and I wanted people who bring different ideas and thinking to the table and are passionate about a new path for PR. Rachael’s a fantastic culture fit, she’s super-smart and very creative but also understands corporate.”

Wright said the combined income of the London and Manchester offices was on track to exceed £3 million by the end of the year: “If we want to have a top global micro-network we need a strong London office, and we have ambitious plans.”

He added: “Red Havas is getting to a good place. It’s been six months since the rebrand and our clients have welcomed it, and seen the investment we’ve made into talent.”