Please refer to our Privacy Policy for important information on the use of cookies. By continuing to use this website, you agree to this.
Home Latest Study: Women Working In PR Are Experiencing Covid Burnout 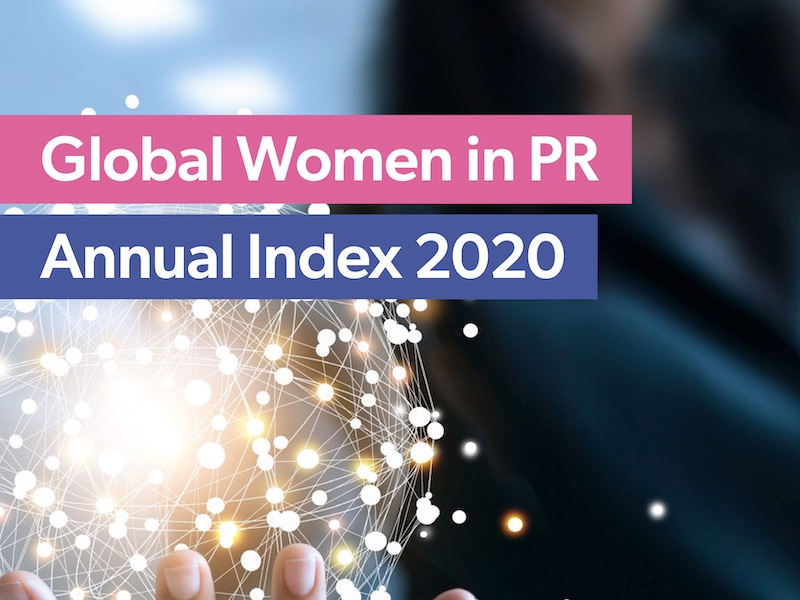 New research from Global Women in PR finds that 40% of women are working longer hours in lockdown.

LONDON — Women working in public relations around the world are “experiencing burnout” as 40% are working longer hours in lockdown and struggling to juggle work, childcare and homeschooling, according to new research.

The Global Women in PR Annual Index, in partnership with Opinium, surveyed nearly 400 PR professionals around the world on subjects including the working environment, the pressures of working in PR, the barriers to women taking on leadership roles, the impact of being a parent and the gender pay gap. Most (86%) respondents were women, and there was an even split between those who did and did not have children, and those working in-house and in agency. Around 60% of respondents were in the senior roles, at director level or above.

Global Women in PR joint president Susan Hardwick told PRovoke Media: “The pandemic has led to many PR women experiencing burn out over the last year, as they try to juggle home schooling and lack of childcare whilst working from home. It’s certainly not been easy.”

Alice Weightman, CEO of specialist recruiter Hanson Search, who is quoted in the report, said: “Several organisations pre-Covid had started to offer greater flexibility as a way of attracting senior female talent, which is a positive. With remote working now the new norm, one would have hoped that it would level the gender playing field.

“However, Covid has instead resulted in many women struggling with home/work balance, often taking on the lion’s share of family responsibilities, leaving them overstretched and exhausted. I am hearing of senior women burnt out and either leaving the industry completely or taking on a more flexible portfolio/freelance career.”

However, Hardwick remains optimistic that there could be a silver lining, as in the medium and long-term, the new normalisation of flexible and remote working was likely to benefit women: “At the same time these women have embraced remote working, as this has given them the opportunity to create their own schedule, by not having to commute to an office and conform to traditional 9-5 office hours.

“This is a real positive outcome and is backed up by our research, which shows 69% would be more likely to choose a job that offered flexible working over one that did not. When we have come through this current crisis we sincerely hope that employers will continue to offer flexible working to help retain women in the PR industry.”

The GWPR Annual Index for 2020 also revealed that despite the significant growth in remote working even before the pandemic, the business landscape for women remains the same. In an industry which is two-thirds female, men still held 64% of seats in the boardroom in 2020, despite 80% of PR professionals believing that having women in the boardroom improves working practices.

The top five initiatives for helping break down barriers shifted slightly from 2019 to 2020. with having more senior women as role models (66%) at the top, followed by flexible working practices (63%), senior recognition of gender inequality (58%), mentoring (55%) and shared parental leave (50%).

But the biggest barrier to getting into the boardroom continued to be childcare and caring responsibilities (78%). Almost half (47%) of women reported that being a parent had negatively impacted their career.

Other major barriers were the lack of work/life balance in senior roles (70%), lack of flexible working or family friendly policies, lack of transparency around recruitment and promotion (65%) and men promoting people like themselves (60%).

Joint president of GWPR Angela Oakes said: “We can see from our research that there has been little change in 2020 in the gender imbalance in the boardroom, despite the widely acknowledged link between boardroom diversity and a company’s financial performance.

“However, the Covid crisis has created change and quickly accelerated the trend towards remote working. Two-thirds of PR professionals believe that flexible working allows women to have a family, or caring responsibilities and still progress in their career. There is clearly a demand for this, as 69% say they would be more likely to choose a job that offered flexible working over one that did not. Employers need to recognise this and acknowledge the benefits of flexible working, so we can retain female talent in the PR industry.”