Please refer to our Privacy Policy for important information on the use of cookies. By continuing to use this website, you agree to this.
Home Latest The New Media Ecosystem: 'The Biggest Media Shift Since The Printing Press'

The New Media Ecosystem: 'The Biggest Media Shift Since The Printing Press'

Emerson Collective's Gabriel Stricker and NewsWhip's Paul Quigley on the decline of quality journalism and its far-reaching consequences.

If the media always seems to be in crisis, it’s because, well, it is. As the number of global crises mount, quality journalism continues to be threatened by a seemingly unending barrage of media closures, layoffs, and furloughs. This, and its ultimate implications, was the topic of the latest episode of Combining Social & Media Strategy with Gabriel Stricker, who is CCO at Emerson Collective — the majority owner of The Atlantic — and on the board of directors for The Center For Investigative Reporting. Also joining the discussion is NewsWhip CEO Paul Quigley.

Here are some conversation highlights or you can skip to the video/podcast by scrolling to the bottom of the page.

"A daunting and vulnerable place for any free society"

The difference between mis-and-disinformation lies in intent — misinformation tends to be good-faith mistakes while disinformation is spread with malicious intent. This distinction informs how to address this issue and the ultimate impact.

“If you really look at the history of disinformation, what you see is the goal isn't necessarily to have someone believe something that isn't true,” Stricker says. “A lot of the times, the goal is just to have people question, frankly, everything. A world in which everyone is questioning even the most basic facts  and having a lack of belief in fundamental truths, is a daunting and vulnerable place for any free society.”

There are two major tides against quality journalism: local news deserts where conglomerates generate ‘astroturf’ journalism; and national journalism outlets that propagate what looks like news but is actually propaganda. While the latter has received much attention, many don't realize the absence of local news results in weaker economics, worse health outcomes and more polarized communities. Another result is the tremendous onus placed on individuals to become media savvy.

“Now what you're seeing is this amazing inversion where if you are a reliable source, if you are an epidemiologist during a pandemic who's doing legitimate work —  you now have a new responsibility to determine whether the outlet who's making a request to you is reliable,” Stricker says.

But, contrary to conventional wisdom, reliability doesn’t necessarily mean objectivity. For instance, The Economist clearly takes a free market approach to its coverage but Fox News positions its reporting as “fair and balanced” — despite much evidence this isn't the case. Hence, the appearance of objectivity versus the disclosure of an agenda. But even with disclosures, traditional news organizations have often failed because of limited points of view.

“There’s a lot of examples of what we consider objective in 2021 might not be the case in the future. Narrative selection involves huge value judgments that are getting called out more and that’s a good thing,” Quigley points out.

"There hasn't been a shift like this since the printing press"

There’s another major disruption: cellphone footage. Suddenly we’re not relying on the airline’s statement around an in-flight conflict or a hotel chain on whether they enforce mask mandates — instead, we believe the cell phone footage that we see. And while there's beauty in this added layer of accountability, the same platforms that share these videos also spread fake information and out-group hate.

Quigley points out today's platforms: news outlets, Twitter, Reddit, Facebook — can’t really be looked at as stand-alone anymore. “It is all one continuous hole of ideas and information and narratives, just moving around, influencing people,” he says. “I don't think there's been a shift like this since the printing press and mass literacy following the printing press. I'm sure the Vatican would have regarded a lot of what was coming out of printing presses as misinformation. And it led to severe turmoil.

“But you've got a very, very different world now and I hope it's at peak chaos. And now we start figuring out some of the guard rails because people still want trusted information,” he adds. “We're just hacking away as the ecosystem evolves and trying to find economic terra firma, the good sides of objectivity — so it’s not just a lot of people shouting at each other.”

To hear more from this conversation, listen or watch below:

7:38     How the decline of local journalism is changing society

15:06   Who should decide whether news is reliable?

21:10   Should objectivity really be the objective?

26:05   How cellphone footage has changed the narrative.

36:51   Should journalists unionize and do paywalls work?

43:42   How did The Atlantic respond to attacks on Jeffrey Goldberg? 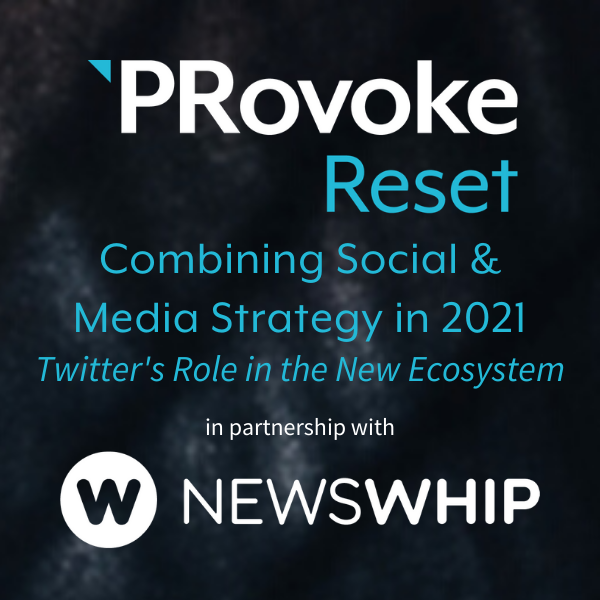