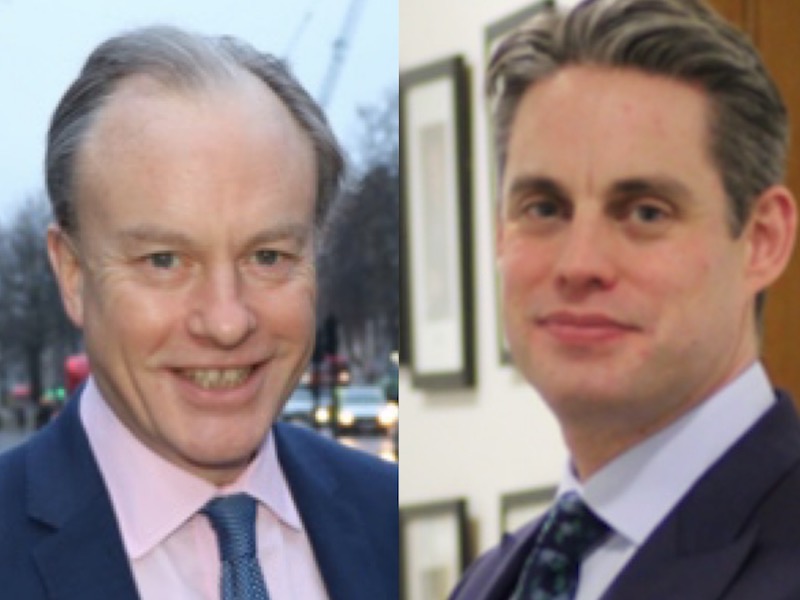 Simon Baugh joins the GCS from the Home Office, as Alex Aiken focuses on comms around the Union, national security & international issues.

Baugh (pictured, right) has moved into the role from the Home Office, where he was director of communications. He also led comms at the Department for Exiting the European Union and Department for Transport, and, previously in the private sector, as director of media and PR for Heathrow Airport and director of internal and passenger communication at BAA. He started his career in agency, as a consultant at AS Biss

Alex Aiken (pictured, left), who has led the GCS as executive director of government communications since 2013, will continue to support the department with a focus on the Union, national security, and international issues. It is not yet known whether his job title will change.

Aiken told PRovoke Media: “I’m very proud of what we’ve achieved after nine years. The GCS has a good candidate in Simon to take over the broad leadership and I will support him in any way I can. It’s a very demanding job and I’ve done it for longer than my three predecessors combined. I’m still a committed civil servant and I intend to work full-time on the areas I’m interested in, and I will also be interested to look at other future opportunities.”

Of Baugh's appointment, Civil Service chief operating officer Alex Chisholm said: “Simon has the skill set and experience to build on the fantastic work delivered by the communications profession throughout the pandemic, as well as the determination to drive forward the important reforms that are needed to make sure the GCS continues to deliver for the public.”

And he paid tribute to Aiken, saying: “I would like to take the opportunity to recognise Alex Aiken for his leadership of the service for close to ten years. I personally thank him for his extraordinary contribution to government communications and expertly leading the function throughout the unprecedented communications challenges of the pandemic and kicking off the ambitious Reshaping GCS transformation programme.

“I am pleased to confirm that Alex will continue in his role as executive director, and as a senior leader in the Government Communication Service, supporting the transition period with the new CEO. Alex will be leading the Government’s vital communications work on priority areas that include the union, security and international issues.”

Baugh said his new role was "to make sure the GCS continues to help people do amazing work that builds public confidence and delivers positive change." He said: “Having worked in three government departments I know we have some of the most brilliant, innovative and hard-working people across UK communications.

“My focus will be on how we continuously improve the work we do for Ministers and the public, develop the talent, skills and capability we need for the future, and create a positive culture where everyone can flourish. I want to take forward the Reshaping GCS programme with a positive vision of how change can help GCS members in their roles, deliver better more joined-up communications, and provide value for taxpayers.”