Please refer to our Privacy Policy for important information on the use of cookies. By continuing to use this website, you agree to this.
Home Latest Unilever CEO: ‘You don’t get attacked for doing the right things’ 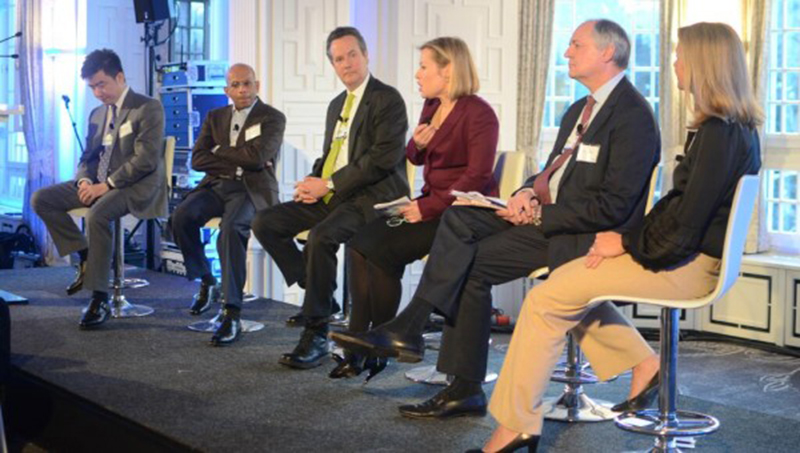 Unilever CEO: ‘You don’t get attacked for doing the right things’

Unilever CEO Paul Polman today mounted a spirited attack on corporations that place profits above purpose, claiming that his own company has a “moral obligation” to help address the world’s problems.

Polman, who has positioned himself as a leader in the sustainability movement, pointed out it made “good business sense” to actively contribute to improving society, rather than maximizing profit.

He made the comments at the Edelman Trust Barometer event today in Davos, on a panel that also featured McGraw Hill Financial CEO Doug Peterson, CCTV’s Rui Chenggang, Save The Children CEO Jasmine Whitbread and INSEAD’s Subi Rangan. The event was moderated by the FT’s Gillian Tett.

Polman believes that businesses “that are run for the long term”, rather than on a quarterly cycle, “have higher returns”. He also thinks that they make better business decisions. Using his own company as an example, the Dutchman pointed to Unilever’s work with Oxfam to audit its supply chain in Vietnam. The process revealed some serious problems, but Unilever chose to publish the findings anyway.

“If we don’t work in transparency, we undermine trust,” said Polman. “You don’t get attacked for doing the right things.”

Polman admitted that this was not an easy transition for companies to make. “To get these values into the company is awfully hard work and takes a long time.” However, he used the example of Edward Snowden to highlight what can go wrong when companies come under attack in an environment where “individuals can put you out of business.”

Polman’s comments were supported by the Trust Barometer findings, in which 86% of respondents agreed that companies can make profits and improve society. For the finance, energy and food industries in particular, said Richard Edelman, this means they must “show their work”, explaining how and why they operate rather than waiting for government to regulate.

CCTV anchor Chenggang added that Chinese companies which are expanding overseas have much to learn in this regard. “When a Chinese corporation has no experience about operating in totally different environment, they tend to make mistakes,” he said.

Rangan, however, used China’s Alibaba as an example of a company that gets it right where trust is concerned, also adding India’s Tata and Brazil’s Natoura onto that list. “You can’t have a successful business in a failing society,” he noted.

Nevertheless, companies that demonstrate high trust levels should not take anything for granted. Technology companies, for example, score highly in this year’s survey, despite the many revelations about privacy and data. Unsurprisingly,  Tett believes that tech companies should “watch out”, noting that there was too much “hubris” in play in the sector.

At the other end of the scale, the financial sector continues to suffer from the poorest reputation of all business sectors. Peterson, though, believes that change is afoot, even as Polman asked why banks are not addressing society needs by, for example, “going aggressively into micro financing.”

“The banks are learning that what is more important than words are actions,” said Peterson. “You can’t get beat up for ever; eventually it sinks in and you realize that you have to change.”