Please refer to our Privacy Policy for important information on the use of cookies. By continuing to use this website, you agree to this.
Home Latest Unity, Ogilvy PR Lead Global Creativity Agency Ranking 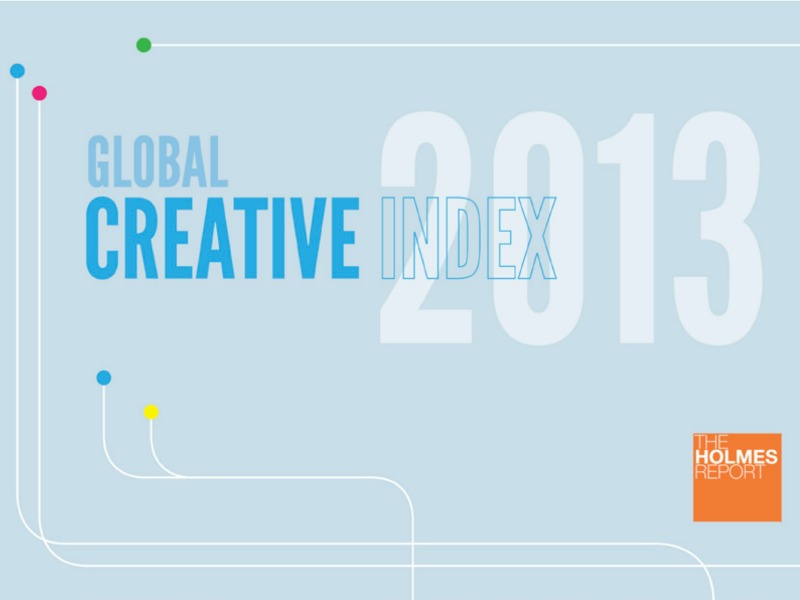 UK firm Unity has stolen a march on its larger rivals to top the 2013 Global Creative Index's agency ranking.

LONDON—UK PR firm Unity has stolen a march on its larger rivals to emerge as the most creative PR agency in the world, according to the 2013 Global Creative Index.

Now in its second year, the Global Creative Index analyses entries and winners from more than 25 PR award programmes from around the world, over a 12 month period, using the 2013 Cannes Lions as a cut-off point. Scores were weighted according to a Holmes Report formula that placed particular emphasis on Best of Show winners.

Unity ranks first in a new points per head table that identifies which are, ‘pound for pound’, the most creative PR agencies in the world. While global networks dominate the overall agency ranking, because of their volume of awards, a better measure of agency creativity comes from weighting agency scores according to their staff size.

Using that formula, Unity comes out on top after placing two campaigns within the top 15 - the ‘Launch of Shwopping’ for Marks & Spencer; and ‘R UV UGLY’ for Cancer Research UK. Unity’s stellar haul was produced by just 21 staff members, helping it earn EMEA Consumer Consultancy of the Year at the last SABRE Awards.

"Unity’s activity for our Shwopping campaign delivered genuinely game-changing results and added a new word to the dictionary," said Dominic Fry, director of communications and investor relations at Marks & Spencer. "The four million clothes Shwopped last year is elegant testimony to Unity's creativity: a creativity with a purpose and a hard commercial edge."

The top of the 'pound for pound' table is dominated by single-market boutique agencies. In second spot is Sweden’s Jung Relations, thanks to award-winning work for Blocket, Volvo and Absolut. Perennial awards darling Prime, also from Sweden, ranks fourth, with US agency RF|Binder taking third spot.

The top five is rounded out by New York’s Marina Maher, the agency that led P&G’s Olympic PR work. Blue Rubicon, a UK firm that has begun to expand internationally, ranks sixth, before the first global network — Ogilvy PR — makes an appearance at seventh.

Ogilvy PR tops the overall Global Creative Index, thanks to a well-balanced haul from major shows across EMEA, Asia-Pacific and the US, led by its top-ranked Gnome Experiment effort from London. The agency placed two other campaigns within the top 15: ‘IBM’s Mr Bao’ in China, and a DuPont programme from the US.

After ranking second in 2012, Ogilvy leapfrogs Weber Shandwick to take top spot this year. The latter network drops to third, with Ketchum rising to second after ranking fourth last year.

Ketchum’s haul was led by Europe and the US, notably its FedEx ‘Pandamonium’ campaign and work for Philips. The agency’s Farmers and Ranchers Alliance campaign in the US, meanwhile, also scored well.

Weber Shandwick also performed creditably, as evidenced by its recent Cannes Lions haul, despite a paucity of campaigns within the top 15. Rounding out the top quartet was Edelman, which dropped from third, one year earlier.

MSLGroup recorded a substantial rise, from ninth in 2012 to sixth this year, while Hill+Knowlton experienced the reverse, dropping to ninth from sixth. Sweden’s Prime PR and global ad agency Leo Burnett both fell out of the overall top ten, replaced by new entrants Porter Novelli and Cohn & Wolfe.

In geographic terms, three countries dominate the top of the 'pound for pound' table: the UK, Sweden and the US. Sweden’s emergence as a highly creative PR industry has been documented in detail by the Holmes Report, while the US and UK are home to the world’s two largest PR markets.

Perhaps the key finding here is that single-market agencies dominate the top of this table, ahead of the multinational agencies. On this evidence, at least, local players cannot be beat when it comes to creativity. The results would suggest that agility trumps scale when it comes creativity, re-igniting the debate about whether small agencies are more creative than larger ones.