Please refer to our Privacy Policy for important information on the use of cookies. By continuing to use this website, you agree to this.
Home Latest Volvo's E.V.A. Initiative Takes Home Best In Show At EMEA SABRE Awards 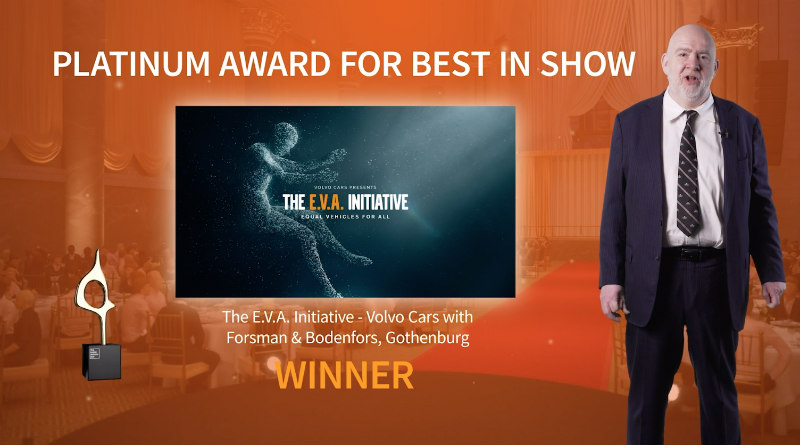 Automotive giant Volvo and its Swedish agency Forsman & Bodenfors have secured the Platinum SABRE Award, presented to the best public relations campaign of 2020 in EMEA.

LONDON—Automotive giant Volvo and its Swedish agency Forsman & Bodenfors have secured the Platinum SABRE Award, presented to the best public relations campaign of the year, for “The EVA Initiative.” The win was announced at the EMEA SABRE Awards ceremony this evening, the first time the awards have been presented virtually.

The EVA Initiative built on Volvo’s heritage in safety and took that reputation to new heights, with the company offering its vast library of safety data to all parties, free of charge, in an attempt to crowd-source new safety ideas—with a topical focus on the safety of women drivers, long overlooked by the industry.

The campaign beat out four other finalists for Best in Show:

“The EVA Initiative—and all of our Platinum finalists—showcase the kind of creativity, authenticity, and purpose-driven public relations that dominated the landscape last year, and will be even more vital in the year ahead, as companies come to recognize the importance of building trust and emphasizing their values with action,” said PRovoke founder and chair of the SABRE judges Paul Holmes.

Elsewhere, it was a good night for global agencies BCW and Golin, each of which helped their clients to four Gold and Diamond SABRE Awards. Other multiple winners on the night included Edelman, Forsman & Bodenfors, and The Romans (three each), and achtung!, CROS, Hill + Knowlton, Hope & Glory, McCann Worldgroup, Miltton, Octopus Group, Ogilvy, Red Consultancy, and Tin Man (two each).

A complete list of SABRE Winners can be found here.