Please refer to our Privacy Policy for important information on the use of cookies. By continuing to use this website, you agree to this.
Home Latest With Jen Psaki At The Podium, Brand America Eyes Radical Return To Normalcy 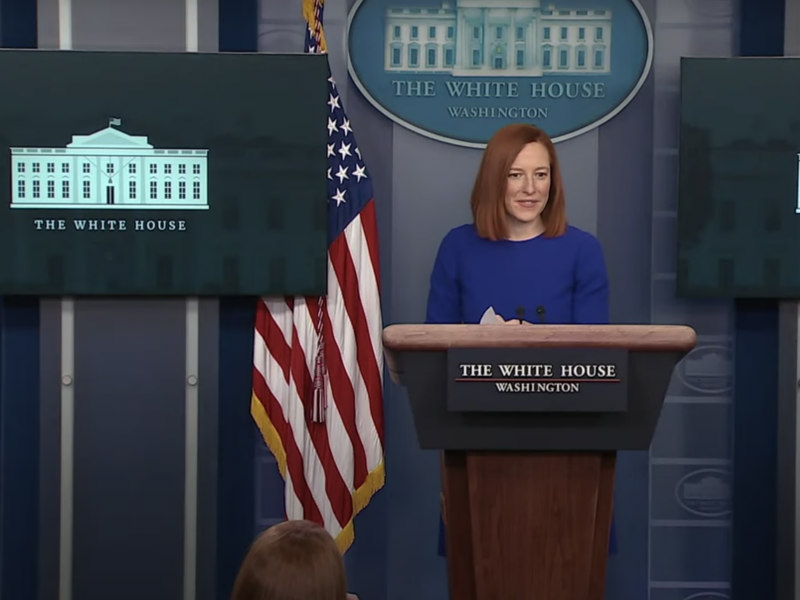 With Jen Psaki At The Podium, Brand America Eyes Radical Return To Normalcy

The new White House press secretary embraced a refreshingly dignified approach to reporters, free of the dishonesty, paranoia and derision that has so undermined America's credibility.

Inauguration Day featured many stirring moments — President Biden's appeal for unity, Amanda Gorman's spine-tingling poetry — but the one that may resonate most for communicators was the reassuring sight of Jen Psaki at the White House briefing room podium.

No stranger to the media glare from her considerable experience with the Obama White House, Psaki embraced a refreshingly dignified approach to reporters, free of the dishonesty, dissembling and derision that had punctuated the previous four years.

"I have deep respect for the role of a free and independent press in our democracy, and for the role all of you play," she said in response to the first question. "As I noted earlier, there will be moments when we disagree, and there will certainly be days where we disagree for extensive parts of the briefing even, perhaps. But we have a common goal, which is sharing accurate information with the American people."

“Rebuilding trust with the American people will be central to our focus in the press office and in the White House every single day," added Psaki, who vowed to bring "truth and transparency back to the briefing room". She committed to "sharing information even when it is hard to hear", amid a rampant infodemic that has divided society and fuelled Covid-19's horrific toll.

Under Donald Trump, and the intolerance he embodied, America's brand has suffered devastating damage. Values were rejected and institutions grievously weakened, while alliances and promises were casually broken as Trump redrew the country's profile in his own image.

In the process, the USA's fabled soft power declined while its global credibility was significantly undermined. Psaki's calm and considered briefing offered a much-needed reminder that facts, and formalities, matter. There were no lies, no conspiracy theories and no insults. The new White House press secretary promised to restore daily briefings, raising the prospect that US government communications can once again pull off the desperately welcome trick of being routine and respectable.

For PR professionals, the symbolism of the day as a whole will have been hard to miss. Gorman, who called for 'unity and togetherness', stood resplendent in yellow. Kamala Harris, Michelle Obama and Hillary Clinton chose purple to reflect the blending of red and blue. Mike Pence's stony visage offered a final reckoning that, ultimately, the transfer of power was peaceful. Joe Biden, and everyone that attended, wore masks — dispelling the toxic notion that faith in science is somehow at odds with freedom.

Swearing in his senior staff, furthermore, Biden warned that "disrespect" would no longer be tolerated, hopefully signalling a return to the kind of decent discourse that appears attractively prosaic after the noxious drama of the Trump era.

It is easy to take a jaundiced view of the pageantry that accompanies these occasions, and to forget that American exceptionalism is a double-edged sword. But, for once, the pomp and platitudes held a restorative appeal, particularly for those of us living in more illiberal environments. As the first step in the long journey of resurrecting Brand America, it could not have been better choreographed.

Neither could the comparison with everything that came before have been more vivid. Trump's first press briefing featured Sean Spicer angrily denouncing assembled journalists for failing to repeat lies about the size of inauguration crowds. Remarkably, things only went downhill from there, as a parade of complicit clowns took on the critical duty of representing the US government in front of the media during the following four years, regularly depicting journalists as enemies of the people and showing little inclination to provide honest answers.

All of this caused untold harm to America's much-touted commitment to press freedom and other democratic norms. Whether any of these "communications executives" end up landing on their feet in the PR industry remains to be seen. But, if nothing else, Psaki's measured performance was a reminder that this industry is dominated by highly-accomplished communications professionals, for whom fidelity to facts is not a sign of weakness.

There will be much tougher times to come, and today's briefing room bonhomie will give way, as it should, to something far more inquisitorial. But if Biden's first day as president offered hope that functional government may repair the ravages wrought by Trumpism and Covid, then Psaki's first day suggested something similarly precious. There has been much talk of the 'new normal', even the 'next normal', and plenty will change in the post-Covid era. In the White House briefing room, the 'old normal' will do just fine, no matter how radical that must seem.