Please refer to our Privacy Policy for important information on the use of cookies. By continuing to use this website, you agree to this.
Home Longreads 'This Feels Uncomfortable': Nike Tackles Racism In Japan 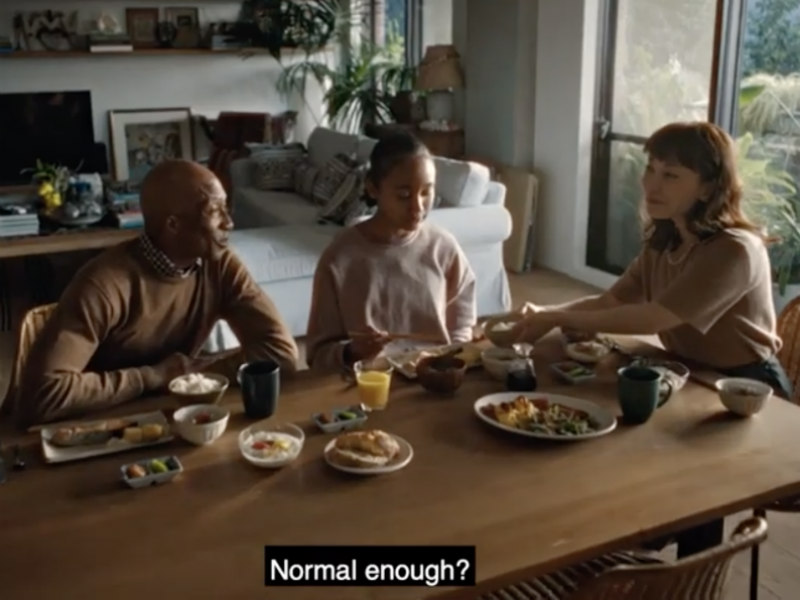 No stranger to controversy, Nike ruffled feathers in Japan last week with a campaign drawing attention to the discrimination that mixed-race athletes, and by implication the broader multiracial community, face on a regular basis in the country.

On social media, many expressed anger towards the brand for what they saw as unfair criticism of Japan, while others, seemingly in the minority, praised it for highlighting an important issue. Threats of product boycotts, by now familiar in other markets, ensued.

In coverage by mainstream international media outlets such as the BBC, observers criticised Nike for misunderstanding or disrespecting its host country — as if racial prejudice were somehow a component of Japanese culture that should not be challenged.

The issue is more complex than both the content and the censure suggest, but the reaction was a reminder that Japan is still less accustomed to ‘purpose-driven’ brand work than many economically advanced markets. It also underscored that extreme right-wing views exist in Japanese society, even if people rarely give voice to them in an offline environment. For some ordinarily bold brands, it is likely to prompt a round of second-guessing before adopting a sensitive social topic as part of their marketing efforts.

“People think discrimination isn’t part of Japanese life, but it is,” said one Japanese in-house communications head at a multinational consumer-facing company, who wanted to remain anonymous. She added that she did not see the work as offensive but as helping to raise awareness of unconscious bias.

At the same time, she said she would weigh the risks with extra care before embarking on any diversity-oriented campaign. In Japan as anywhere else, offering up a challenge, rather than the usual platitudes, can be no bad thing for brands, even if people may not immediately empathise.

“The level of sensitivity around the topic [of Nike’s campaign] is proof of the importance,” said Sven Palys, a semiotician and founder of Yuzu Kyodai, a branding consultancy in Tokyo. “Japan doesn’t want to hear an outsider’s point of view but that is the point.”

He said the tone of the Nike campaign is confrontational where a more typically Japanese approach would be lower-key. While Nike's American origins are not an overt element in its brand appeal, the “foreign” feel is likely to help explain accusations of cultural imperialism. The idea that outside values are being imposed can cause people to become more defensive and give the message less consideration than it deserves, Palys suggested.

A more standard Japanese way of addressing the issue would be to start “from a place of positivity” — for example focusing on the efforts to integrate a minority group rather than on the hardships they face. Toyota has promoted racial inclusion in a subtle way, for example in a domestic campaign from 2016 that presented the story of the generations of a mixed-race family.

But Palys accepted that too soft a touch would be unlikely to prompt any real introspection. “If things are ambiguous, you can’t have discourse,” he said, adding that having worked to advance understanding of the LGBT community, ambivalence had proved the biggest obstacle.

The fact that Nike is a non-Japanese brand should not work against it in taking this kind of stand, said Rieko Ando, an independent PR consultant. “It doesn’t matter if it’s a foreign brand if there’s a real intention to change something,” she said. “I believe anyone can criticise and take action to change Japan.”

But Ando said she did not envisage a Japanese brand doing something similar as most are averse to controversy, inexperienced in dealing with it, or lack awareness when it comes to social issues. She added that if a brand is going to draw attention to a problem, it needs to truly understand that problem and not present it in a superficial way. Nike’s championing of diversity both internationally and to a lesser degree in Japan in the past does add credibility to its position.

The work is not the first time Nike has taken a position on Japanese society. ‘Minohodoshirazu’, a campaign from 2016, stood against conformity and urged ambitious people, particularly women, not to “know their place” and to achieve greatness. Multinational brands such as Pantene have trodden a similar path by questioning the expectations on new graduates to suppress their individuality for job interviews. Yet these efforts were less controversial, perhaps partly due to tonality and partly because they highlighted issues that are deemed less sensitive.

“That’s why this feels uncomfortable: it’s about a small part of the population but is mass in targeting and reach,” said Mike Sunda, managing and strategy director of Push Media, a creative communications agency in Tokyo.

As many observers note, causing a certain amount of discomfort in mainstream society is necessary to spark a discussion. But to build contextual understanding in Japan, Nike might do well to balance serious social commentary with diversity-related content that celebrates different groups, as it has done in the UK with work such as ‘Nothing Beats a Londoner’ from 2018, said Sunda.

By representing the multiculturalism that makes London what it is, “when they stand up for things like Black Lives Matter it makes sense; you expect them to make that stand,” he said. “But if you jump straight to the critical end of the spectrum it can feel a bit preachy.”

An equivalent piece of work might celebrate Korean and Bangladeshi culture in different parts of Tokyo, he suggested. “Then you create those ties in a positive way so when you have to stand up and tell people that discrimination is not right, you’ve already shown why we should celebrate diversity. Nike is a great brand because it is embedded in diverse cultures. The question is do they have those foundations in Japan that they can build on with something like this.”

An academic observer who specialises in marketing at a leading Japanese university felt the campaign’s timing was ill-judged given the stresses of Covid-19, arguing that brands should focus their efforts on more lighter content. While Sunda agreed that it was unusual in that it wasn’t closely tied to a current event (as Nike’s Colin Kaepernick initiative was); this year has seen the Black Lives Matter movement explode beyond the US to highlight issues of systemic racism across the globe. “If now isn’t a good time, when is?”, wondered Sunda.

“This extends beyond mixed-race kids to burakumin (so-called ‘untouchables’) and any number of minority communities that don’t get recognition as being part of homogenous Japanese culture,” noted Sunda. “These issues are not new; discrimination has existed for a long time and if it hasn’t come to the fore by now we can’t just wait for it to organically arise.”

The bigger question for Nike and indeed for any brand that broaches a deep discussion is how it follows things up. “In six months will they have built on it and still be talking about it?” Sunda asked. “You’ve brought up a huge issue. Now it’s a question of how do we help fix it otherwise it’s quite irresponsible. No one wants to see what we saw during Black Lives Matter where brands post messages and don’t audit their internal structure in terms of diversity, don’t donate to funds in support of the movement, don’t make plans to change their business. I’m sure Nike is one of the more responsible brands but you can understand why people might be sceptical.” 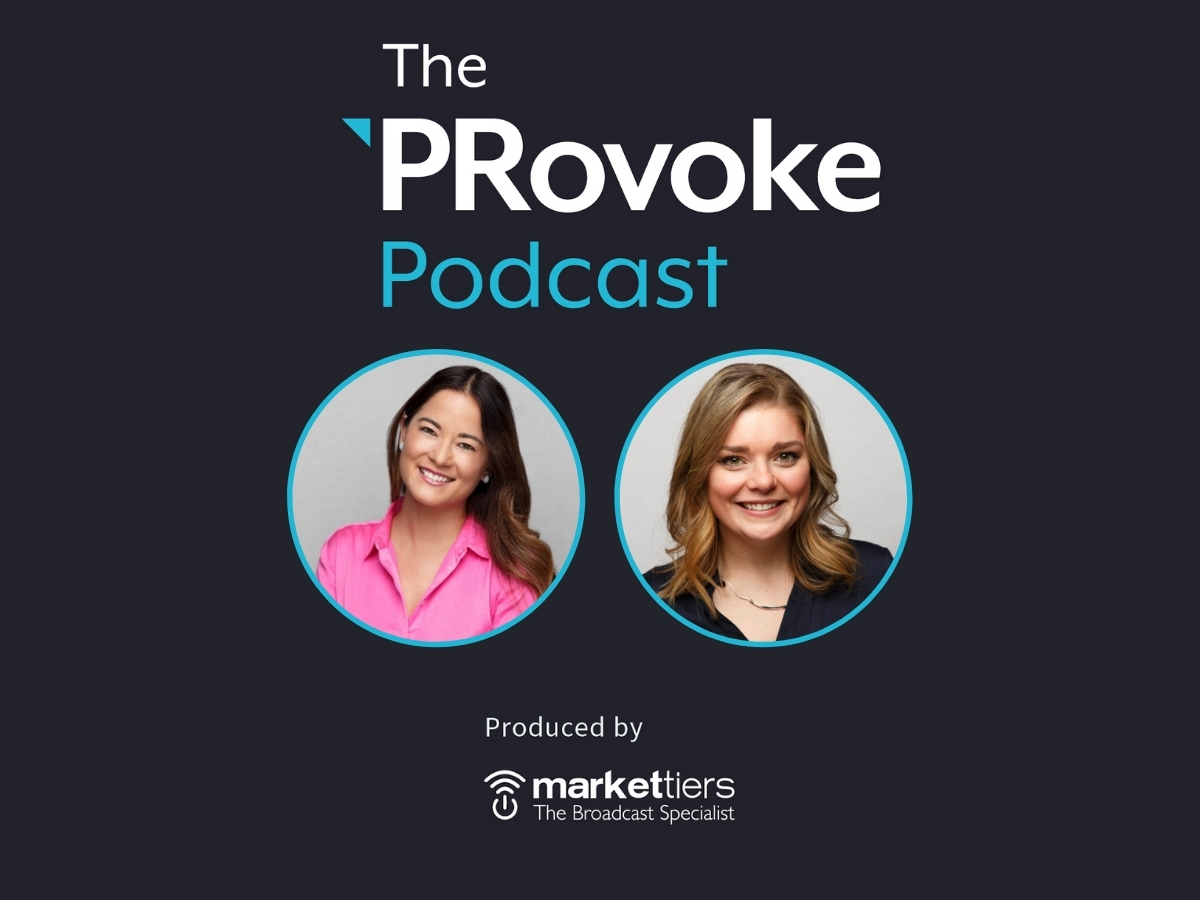