Please refer to our Privacy Policy for important information on the use of cookies. By continuing to use this website, you agree to this.
Home Longreads Carrie Lam's Disastrous PR Strategy Steers Hong Kong Into Perilous Waters 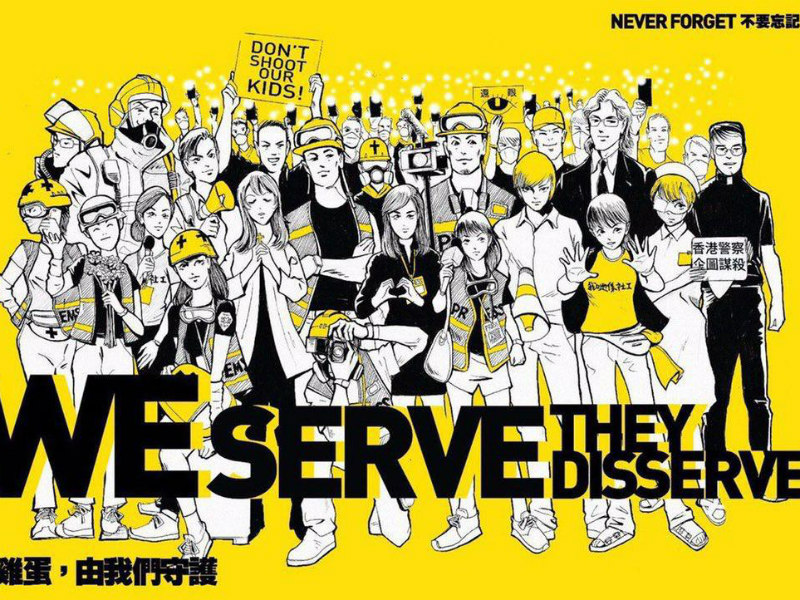 1.7m people brave torrential rain to take to the streets, underlining how protestors are winning an increasingly global battle for hearts and minds.

If the battle for public opinion in Hong Kong was a prizefight, the referee may have already stopped the bout, so listless has Carrie Lam’s government been in the face of the beleaguered city’s vibrant protest movement.

Even as unrest tightens its vice-like grip around the city, and the drumbeat of a Beijing-ordered intervention strikes an ever louder note, Lam appears gripped by the kind of inertia that has seen her compared to Roman emperor Nero — who famously fiddled while the empire’s iconic city was engulfed in flames.

The litany of missteps would question the sanity of any reasonably competent brand guardian. Lam has, variously, been invisible, inflexible and inauthentic — disappearing for days on end, refusing to acknowledge the harm that has been inflicted by her police force on unarmed Hong Kong civilians, and attempting to portray herself as a victim of unwarranted aggression. When she does deign to appear at press conferences, questions are routinely ignored — replaced by blanket condemnation for protestors and a kind of wounded, unsmiling concern for police families.

Lam's latest gambit — a call for open dialogue, follows in this hapless vein — offering no concessions while misunderstanding a protest movement that is leaderless, fluid and decentralised.

Let’s not pretend otherwise. Against odds that must appear insurmountable, public opinion is the protestors’ strongest weapon. For all of its sporadic attempts at low-level violence, the movement has subsisted for 10 long weeks because of the support it draws from a remarkably broad cross-section of Hong Kong society. That its heady initial stages were able to attract as many as two million protestors was no doubt aided by the tacit encouragement of the city’s influential business community, which was markedly worried about an extradition law that could easily imperil their business operations.

The business community may have been forced back into line by Beijing, but it remains difficult to overstate the depth of sympathy for the young protestors. Specific events have called upon the city’s lawyers, civil servants, medical professionals, teachers, financial workers, parents, senior citizens and, perhaps most surreally, pet owners — the last group especially vexed by the harmful effects of tear gas on defenceless puppies and kittens.

All of these have served as regular reminders of how Hong Kong’s executive, in particular its police force, is losing the PR battle. Seemingly addicted to the indiscriminate use of tear gas, and deploying the kind of brutal force more often reserved for a war zone, “Asia’s finest” has already inspired a popular local rap song that channels the sentiment once employed by N.W.A when it famously locked horns with the LAPD.

Not that the protestors have been immune from errors, either. Last week’s peaceful occupation of the airport descended into ugly scenes when travellers, many bearing young children, were forcibly prevented from reaching their flights. Two mainlanders were tied up and assaulted. Perhaps recognising a potential turning point, the antiELAB movement spent much of the next day apologising for their “imperfect decisions”. Even after such a worrying mistake, their crisis management skills struck a glaring contrast to Lam’s typical strategy of avoiding blame at all costs.

It is surely no coincidence that this weekend’s most recent protests, which culminated in 1.7 million people braving torrential rain to signal their continued displeasure, passed off without a single violent incident — leaving Hong Kong’s police force with nothing to criticise except “public accusations”. If anything, the scale of yesterday’s turnout suggests that the movement is waxing rather than waning, testament perhaps to how in tune it is with the public mood.

At one of the regular ‘citizens press conferences’ that again underscore the disparity with staid government messaging, protestors yesterday said that Sunday's march was peaceful because it “listened” to public concerns, a simple concept that appears completely out of reach for Lam’s government. Ultimately, that kind of basic emotional intelligence is one reason for the protest movement’s ability to sustain public empathy.

The other, of course, is the sheer depth of opposition to the steady erosion of Hong Kong’s freedoms under Chinese rule. Economic opportunities for youngsters have dried up and the holy grail of affordable housing is more elusive than ever. The city’s much-vaunted institutions and infrastructure appear to be in inexorable decline. Innovation, once a byword for Hong Kong’s economic power, seems to have bypassed the city completely in favour of other Asian destinations like Singapore and Taipei — foiled as much by poor political vision as by a cabal of business interests that effectively preclude the possibility of genuine competition.

That the movement has retained its momentum through 10 weeks of furious summer heat is nothing short of remarkable. But the tide may yet turn, especially if violence starts to impact ordinary citizens. Even that scenario, though, appears undermined by the police force’s oddly frenzied enthusiasm for teargassing empty streets and passing civilians. Each occurrence only serves to inflame the general public, a notably counterproductive strategy to win hearts and minds.

As for Beijing, its communications playbook runs along predictable lines, with much of the state-sponsored admonition intended for domestic audiences, and frequently invoking the spectre of a 'foreign hand’. Overseas images of supercar-driving Chinese patriots, castigating Hong Kongers for being poor, do not necessarily help their case, and underline how an increasingly global conflict is moving into arenas in which the PRC government exerts less control.

Not that the PRC is not trying, in its own unique way, to win the global information war. Supported by China's infamous '50-cent army' of online trolls, state media has led the way, posting cartoons that depict protestors as cockroaches, and even releasing a pro-government rap song that is, to put it lightly, somewhat at odds with the genre's roots in social activism.

In an unprecedented move, Twitter yesterday singled out Beijing for coordinating a disinformation campaign, via as many as 200k accounts that are "deliberately and specifically attempting to sow political discord in Hong Kong, including undermining the legitimacy and political positions of the protest movement on the ground.”

Facebook followed suit, accusing China of “coordinated inauthentic behaviour” and singling out seven pages, three groups, and five accounts. Twitter also added that it "will not accept advertising from state-controlled news media entities,” perhaps referring to the slew of promoted tweets from government-backed news agency Xinhua that now appear regularly in my feed, focusing specifically on the unrest in Hong Kong.

In both cases, the social media platforms pointed to a range of unverified claims — that the protests are instigated by the CIA, that protestors are terrorists, and that they wish to overthrow the government — none of which have been verified.

The prospect of Beijing engaging with Hong Kong’s free-thinking citizens remains remote. Many in Hong Kong, however, believe that Lam can defuse the situation by addressing the most basic public demands — a total withdrawal of the extradition bill and an independent inquiry into police behaviour. A more forceful response, amplified by increasingly frequent videos of troop mobilisation in nearby Shenzhen, remains a worrying outcome.

If its continued inaction is any guide, it is a scenario that Carrie Lam’s government appears in no hurry to avert, reflecting the real consequences of her disastrous PR strategy. “Many citizens have been asking recently,” rang out the last query at one of Lam's recent press conferences. “When will you die?” It was a cruel question. But an understandable one, all the same, given the circumstances.