Please refer to our Privacy Policy for important information on the use of cookies. By continuing to use this website, you agree to this.
Home Longreads Creativity In PR Study: PR Firms Make Encouraging Progress In 'War For Ideas' 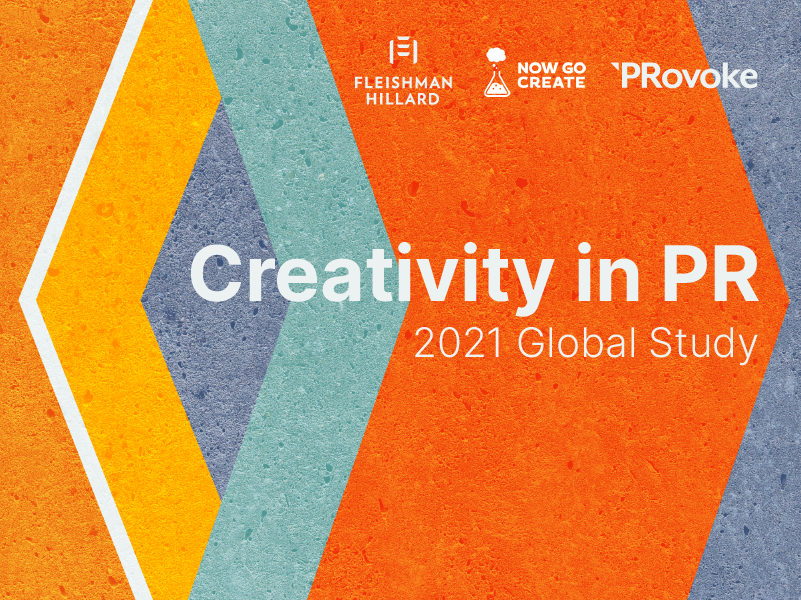 The seventh edition of the Creativity In PR study finds that PR firms are making progress in their battle to take on lead creative duties.

Almost 60% of PR firms report that they have been designated as lead creative agency by clients according to the seventh edition of the Creativity in PR study, which explores how the sector has risen to the unique creative challenges of the Covid-19 era.

The 2021 Report, co-authored by PRovoke Media and Now Go Create, in partnership with FleishmanHillard, is based on a survey of more than 300 agency and in-house executives from across the world, which took place earlier this year.

A continued feature of the study, since it launched in 2012, has been its efforts to examine whether PR firms are actually leading creative on behalf of their clients, an issue that comes into sharp focus again this week with the industry's disappointingly familiar performance at the PR Lions. Encouragingly, the Creativity in PR study paints a different picture of this particular challenge. 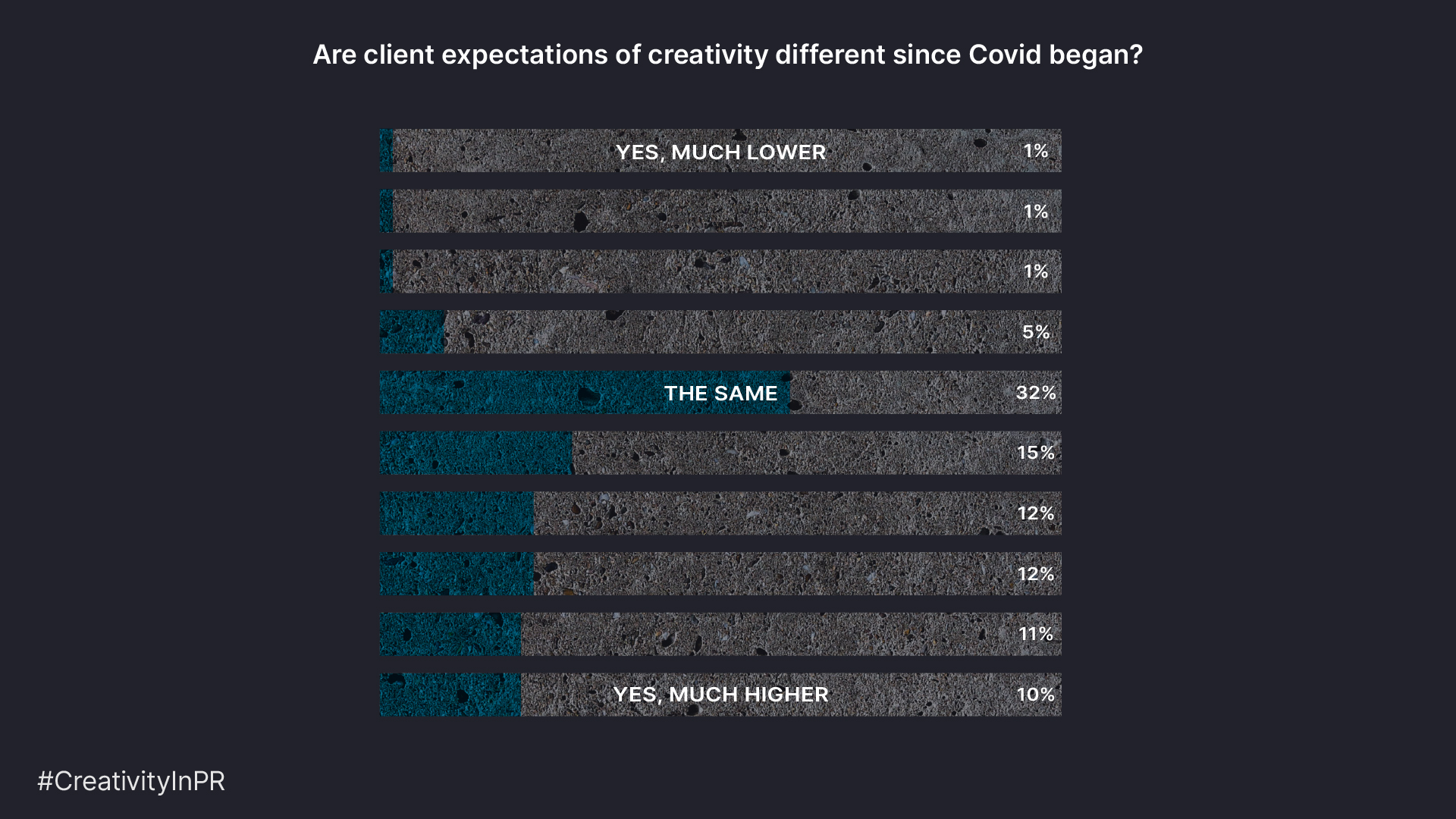 Despite another underwhelming year at Cannes, the Creativity in PR study reveals that client expectations of PR agency creativity have risen during the Covid-19 era. 60% report higher client expectations since Covid began, with a weighted score of 6.59 out of 10 reflecting the higher premium placed on creative ability. 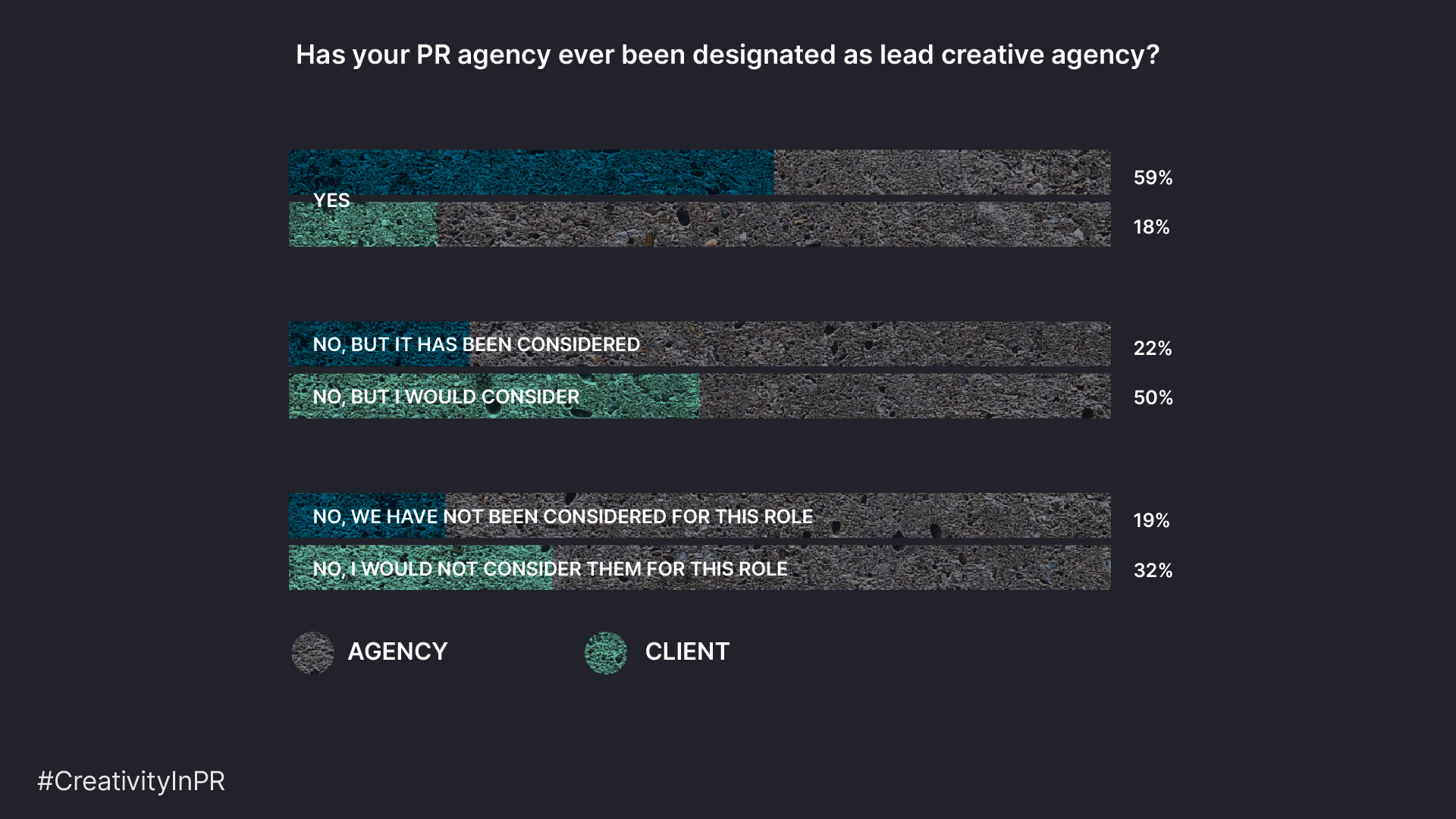 The proportion of agency respondents who confirm that their firm has been designated as lead creative agency jumps to 59% from 48% when this survey was last conducted in 2017. As usual, clients are less bullish in this regard, but even here there is a significant increase, with 18% answering in the affirmative compared to just 9% in 2017. 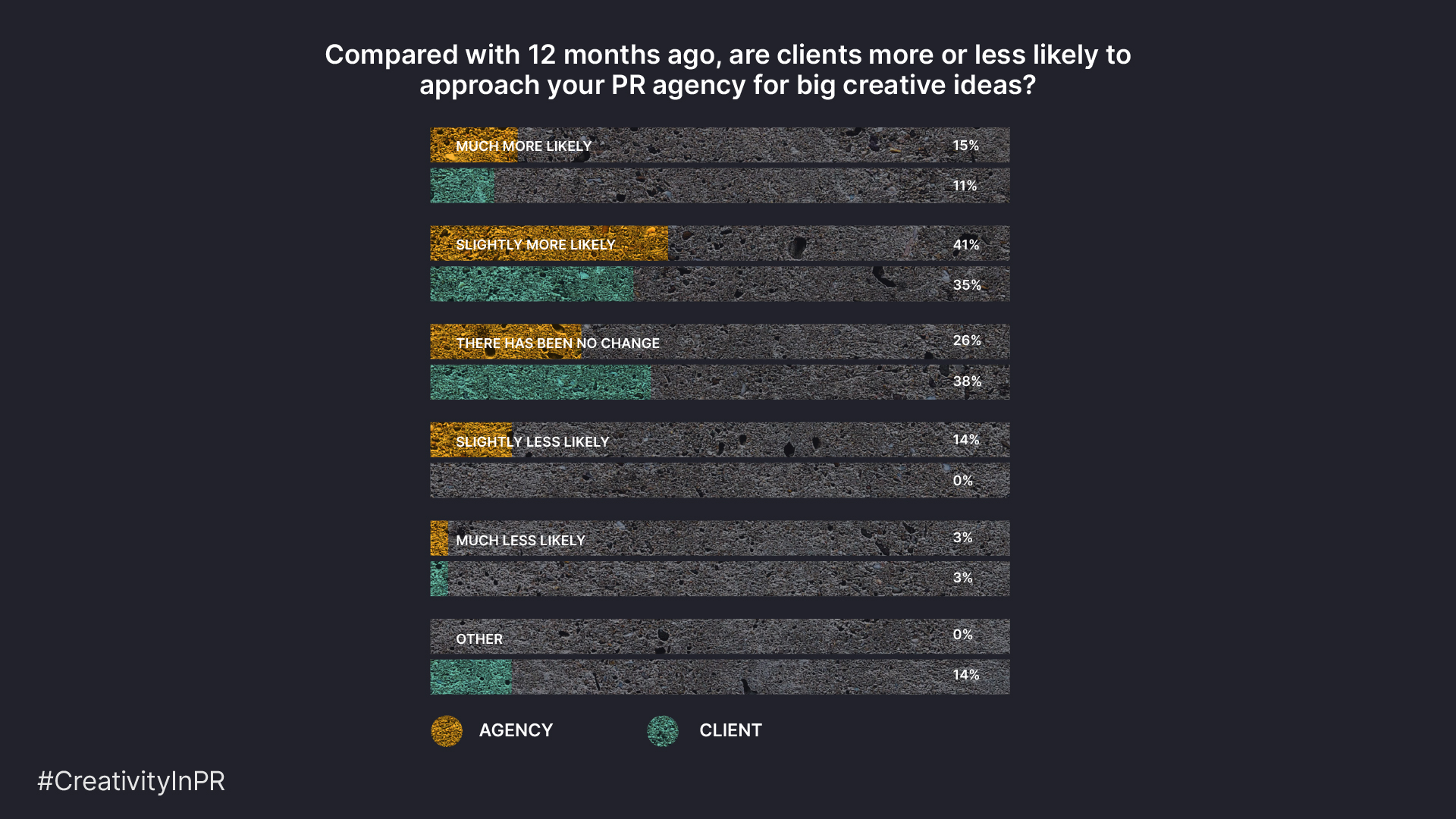 More than half of agencies (56%), furthermore, report they are more likely to be approached for big, creative ideas than they were 12 months ago. Clients are a little more circumspect, with only 46% more likely to approach their PR firms for big creative ideas compared to before the pandemic.

“I think more and more there is a need to understand internal nuances, feel the organisation in your blood and bones to be ‘creative enough’ and I don't believe an external agency will ever get that as they are not vested enough in an organisation,” explains one in-house respondent.

"If PR agencies provide the trusty friend, creative agencies offer those chance encounters you can’t stop thinking about," says O'Sullivan. "So, are we willing to risk those steady relationships for something more electrifying? Can we break old habits?" 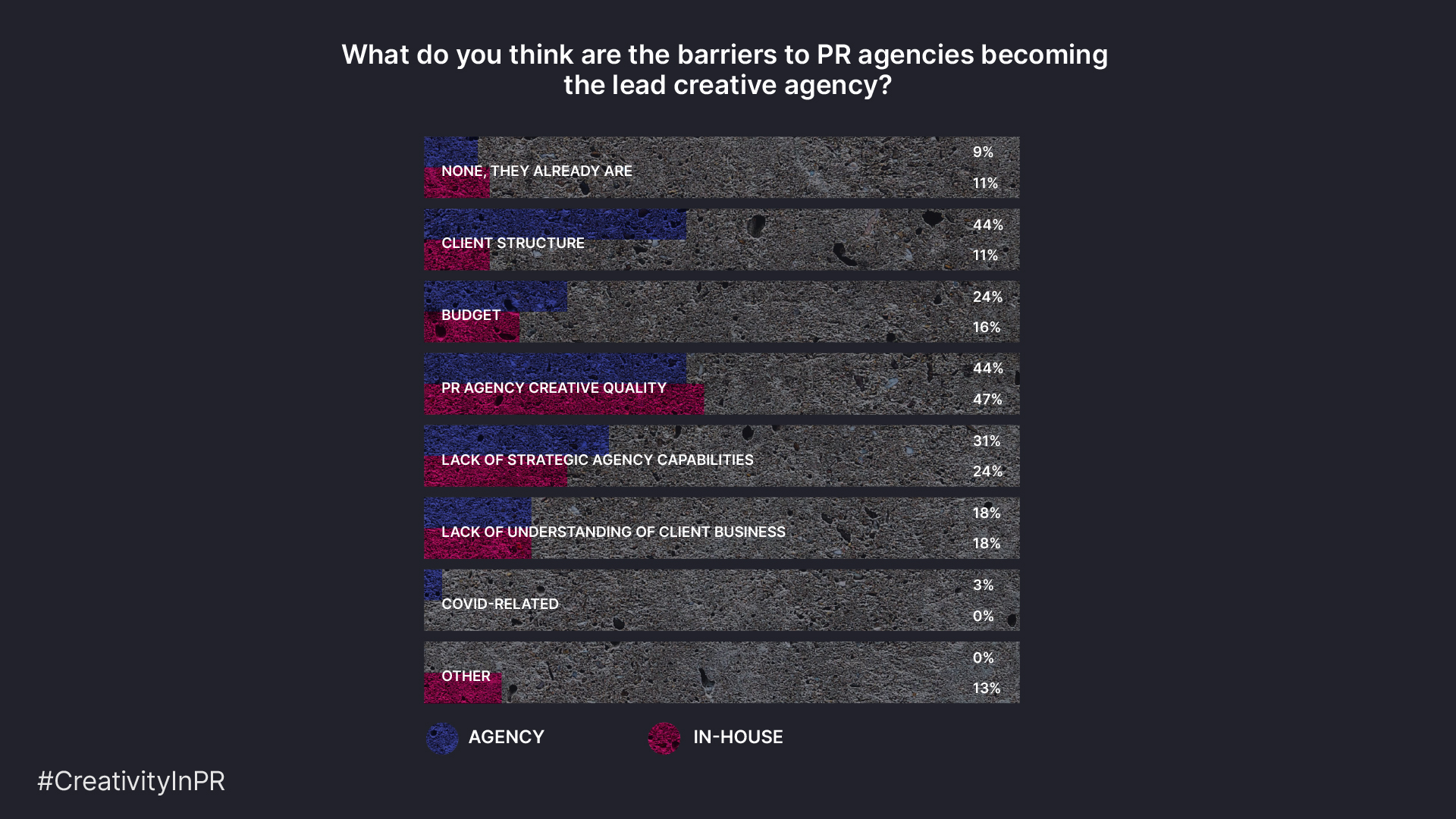 O'Sullivan believes the situation can be resolved by delineating the CRM and creative roles within PR firms, and addressing the risk aversion that can, in his words, "kill our business."

When asked about the barriers that PR firms face in their quest to become lead creative agency, it appears that not much has changed since our last Creativity survey in 2017. Agencies overwhelmingly blame client structure and their own creative quality (44% each) while clients also bemoan agency creative quality (47%) and strategic capabilities (24%).

Regardless, more than 60% of in-house respondents say they see their PR partner's efforts being of more than average importance to the creativity of their marketing and communications work.

These findings come after the study launched by revealing the higher priority creativity has taken on during the past 18 months. Findings from this year's study, covering such areas as remote working, talent and today's drivers of great creative work, can be found here, with more to follow in the coming days.