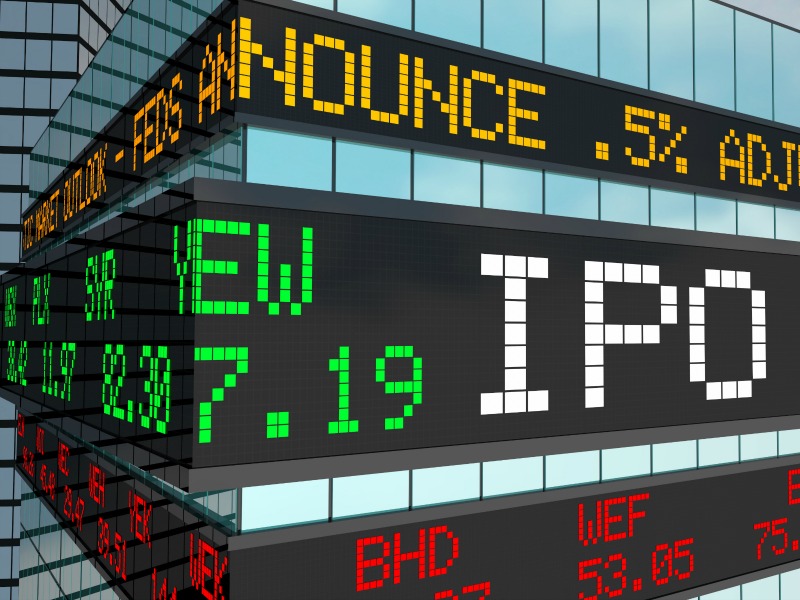 PR's Role in the IPO Frenzy

With fast-growing startups heading toward IPOs, there's excitement but also confusion as many PR professionals are jostled between investor relations, attorneys and bankers.

This feature is part of a series on PR and financial communications. You can access the full series here.

Fortune recently called 2019 “the year of the high-profile IPO” with brands like Lyft, Uber, Zoom, Slack and Beyond Meat among companies debuting on the stock exchange — and many others expected to follow suit before the year’s end. While this year’s IPOs have been dotted with household names, there have been more than 1,500 IPOs in the United States alone over the past decade and the market has gained notable momentum in the last few years.

And there’s more to come. As a Bloomberg headline recently declared "There’s No End in Sight for the U.S. IPO Frenzy."

For PR professionals working with startups, there’s certainly excitement but also confusion around IPOs. Most communications professionals are looking to meaningfully contribute to a communications strategy during an incredibly complex and highly scrutinized period for the company. Yet it can be challenging to find a way to do that while jostled between investor relations, attorneys and bankers.

“Most PR people are going to be more comfortable leaving the financial pick and shovel work to IR,” says David Parkinson, CEO of Method Communications. “But even if you can’t translate a balance sheet into prose, don’t be intimidated - partner with IR, and ask a lot of questions. You have insight into how media view your story, which is invaluable.”

The highly regulated nature of public offerings can be intimidating for those without experience with financial communications. Gabriel Stricker, former chief communications officer at Twitter during its IPO, distills most of the regulations during this period to relatively simple principle: “The idea is everyone should be investing — or not — based on the same information. So many of the other rules that surround an IPO grow out of that core premise: everyone should be on an equal informational footing.”

‘Widespread Understanding On How a Company Makes Its Money’

Before the paperwork even begins, Stricker says communicators should make sure there is “a widespread understanding how a company makes its money.” Stricker recently returned to Google in a product development role, but during his first stint at the search giant from 2006 to 2012 he was struck by how many people misunderstood how Google makes its money.

"And part of the reason was, the notion of ads as useful content [didn't seem] true," Stricker recalls.

“There's nothing quite like an IPO to stress test the simplicity and resonance of your messaging with your most diverse and critical audience to date,” Ashley Mayer, former head of communications at Box, noted in a 2017 CNBC article offering pre-IPO advice to Snap.

Establishing a “robust and consistent cadence of communications” before heading into the quiet period is crucial, adds Megan Bouchier, a former attorney who is now a communications adviser at Sard Verbinnen.

“An IPO-related quiet period can last anywhere from weeks to many months, creating a potentially long window of time where the company has limited ability to talk about its market opportunity, competitive strengths, growth momentum and milestone achievements,” Bouchier says. “Establishing a strong profile and robust communications program ahead of time lays the necessary groundwork for understanding and helps mitigate any misperceptions that may come up during the quiet period.”

Because Method Communications isn’t an investor relations firm, the agency typically comes on board long before an IPO filing occurs and the relationships tend to continue beyond the financial event. CEO Parkinson says it is during the early days, 18 months or more before an IPO, that he advises client to establish a consistent track record of media interactions and interviews — which leads to optimal media coverage at listing.

“A lot can happen on the way to and during an IPO, much of which is out of your control,” Parkinson says.  “Keep telling the story. Create a drumbeat of customers, profitability, growth milestones, competitive advantage. Your focus shouldn’t be on your stock popping on the day of the IPO — it should be on demonstrating the value of your company over time.”

Just as the public relations efforts should begin long before an S-1 SEC filing, the same thinking should also be applied to investor relations. A recent article from consulting firm Korn Ferry, features Dominic Paschel, who helped lead Pandora through its 2011 IPO, in which he advises companies hire IR firms a year or more before listing.

“Many companies wait until they are much later in their maturation before they have a proper investor relations organization,” Stricker adds. “If you had a crystal ball and knew you were going to have a public offering — there is a strong argument to be made in favor of creating that function on the earlier side than later.”

‘Companies Do Not Need to Go Entirely Dark’

For many communications professionals who aren’t IR experts, the tendency during quiet period is to err on the side going completely dark. Bouchier says that not necessary nor realistic.

“Normal course activities and stakeholder communications continue, from sales team interactions with customers to participation at industry conferences, product announcements, marketing campaigns, recruiting and ongoing employee engagement,” she says. Given how prone to confusion this period can be, she recommends communications teams work with legal to facilitate in-house “quiet period trainings” for executives and leaders.

“Companies are generally allowed to continue normal course business communication and marketing activities during a quiet period,” Bouchier adds. “Accordingly, it is also beneficial for comms teams to establish a robust and consistent cadence of communications well before heading into the quiet period.”

Google’s Stricker goes back to the core principle around the quiet period rules. “If you’re in a quiet period before an IPO: are there venues and formats where you can still get your message out there and understood? Yes, and it inevitably lands you in much larger and more democratic settings to ensure you give everyone access to the same information at the same time.”

Michael Fox, chief client officer at ICR, recently published an article that puts it in plain terms: “The SEC is concerned about what you are saying and who is saying it. The primary restrictions are around any substantive commentary about the business, its performance or financial results, future prospects or major developments – such as new customers, updates on litigation, entering new markets, etc.  All of that information needs to be contained in the S-1 and anything that is not should not be discussed publicly.”

‘IPOs Trigger a Range of Emotions’

During Stricker’s first stint at Google, the day after an earnings call then-CEO Eric Schmidt would walk the entire company through its board presentation. Of course, there were parts of the presentation that Schmidt couldn’t share with employees and he candidly said so. “That to me, was a critical element to internal trust building,” Stricker says. Later at Twitter, this mindset was replicated, in particular around its 2013 S-1 filing.

“When we confirmed that we had confidentially filed, we told employees: We’ve just confidentially filed and we were sorry we had not been more transparent about that process until that point — and explained why would couldn’t be,” Stricker recalls. “And, we told employees, there will be a number of things moving forward that we can’t be transparent about. And we’ll call that out.”

IPOs take an emotional toll on employees, says Julie Kehoe, chief communications officer at the cloud software company Domo that went public in 2018 amid some uncertainty.

“For employees, IPOs trigger a range of emotions – from euphoria to uncertainty and fear – that are likely to fluctuate, particularly in the absence of information,” Kehoe says. To mitigate concerns, the team anticipated employee questions from the S-1 filing and prepared responses. “It was important too, to deliver early and often, the most up-to-date rules of what employees could and couldn’t say or do during the IPO process. This helped minimize their fear of doing or saying something wrong.”

‘Markets Are Close to Impossible to Predict’

When Facebook held its initial public offering on May 18, 2012, its stock price closed just slightly higher than its offer price earlier that day. The subsequent narrative that emerged branded the event as everything from disappointing to a disaster, even though it set a record for trading volume. Of course, since then, Facebook has transformed into a Wall Street darling but the tension between the trading day story and the longer narrative remains.

Stricker points to a “fundamental misunderstanding” between how the general public evaluates an IPO versus the parameters of success for investors. “You have this situation in which the way you define success from finance and accounting, is at odds with public opinion,” he says.

The problem, according to Sard Verbinnen’s Bouchier, is in the public narrative, IPOs are often judged by the first day, the first week, or even the first month of trading activity. “It is one measure but also a narrow view that doesn’t take into account other factors such as how the capital raised furthers the company’s strategic growth plans, how the IPO may have fostered brand awareness and brought in new customers, or whether employees and customers felt included and inspired,” she says. “Over time, the early trading footnote attached to many IPOs has been actually been the exact inverse of the company’s longer term stock performance.”

DJ Anderson is VP of communications at PluralSight, an online learning company that went public last year.  “The best approach is to focus on clearly communicating the fundamentals of the business, long-term prospects, and the value the company provides to its customers,” she advises. “Markets are close to impossible to predict.”

Indeed, there is already some speculation that 2019’s hot IPO market portends market losses to come over the next 12 months. Even so, highly anticipated public offerings like AirBnB, Peloton, Postmates and Casper are still expected for this year. Whatever happens with these offerings — and the next 12 months — there's the a vital role for communications to play.

“What we see is that investors and media are increasingly focused on competitive advantage, ability to scale, and path to profitability,” Method’s Parkinson says. “At every stage, you need to be focused on telling this story consistently and convincingly.”

This feature is part of a series on PR and financial communications. You can access the full series here.

Podcast: Partnering To Bolster Multicultural Communications
PRovoke Media
// 02 May 2022
View All
comments powered by Disqus
Get your agency into the PR industry's most comprehensive listing of consultancies and teams from around the world
REGISTER NOW ×