Please refer to our Privacy Policy for important information on the use of cookies. By continuing to use this website, you agree to this.
Home Longreads The Government Isn't Spending Nearly Enough On 'Propaganda' 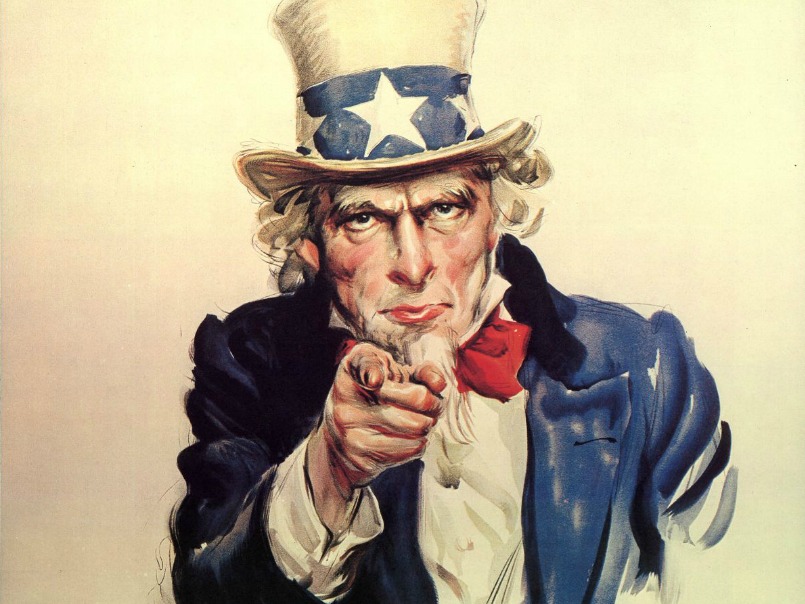 A recent study from a “government transparency” organization has found that the US has spent $4.37 billion on “public relations” since 2007. That's not nearly enough.

A recent study from a “government transparency” organization calling itself Open the Books has found that the US has spent $4.37 billion on “public relations” since 2007. Not surprisingly, the study has generated its share of media coverage—and a little more than its share of outraged commentary.

But a—not entirely coincidental—new bill calling for an end to the Environmental Protection Agency’s spending on advertising and public relations suggest that the real complaint against government spending on communications is not that it wastes public money, but rather that it uses that money too effectively.

A closer examination of these stories suggest that the government is spending an almost trivial amount on public relations, that the majority of its spending is not only justified but necessary and important, and that critics are more concerned about the underlying policy priorities than they are about the PR that5 promotes those priorities—although PR provides a convenient target because it’s an issue on which right-wing critics of the administration know they can find a sympathetic journalistic ear.

First of all, context is critical, and it is telling that the Open the Books report provides none—presumably because the raw numbers seem much higher when stripped of their context. Total federal spending between 2007 and 2014 was $27.2 trillion. A $4.37 billion PR budget means that the government spends less than 0.0016 percent of its total budget on communications.

That doesn’t sound outrageously high to me; in fact, it sounds alarmingly low. It is—based on the USC survey of Generally Accepted Principles—about a quarter of what most large publicly traded companies spend to communicate with their stakeholders (and the GAP survey includes only PR, not advertising).

Second of all, it’s worth noting that the definition of “public relations” is pretty broad, since it includes a bunch of related activities including paid advertising and research. Indeed, Open the Books’ list of the top five recipients of government PR funds includes two recognized PR firms (FleishmanHillard and Ogilvy PR) as well as ad agency Young & Rubicam, research firm Gallup, and Baltimore-based Laughlin Marinaccio & Owens.

Third of all, there’s a clue to the motivation behind all this in the makeup of Open the Books, which was founded by former Republican candidate for Illinois Governor Adam Andrzejewski (he was endorsed by Rush Limbaugh) and counts among its most visible supporters GOP Senator Tom Coburn. A quick read of the report suggests that Open the Books has underlying issues with many of the policies being communicated rather than with the communication itself.

And finally, there’s a question of what, exactly, groups like Open the Books are criticizing.

There are several possible motivations for criticizing government spending on communications. The first is that the communication in question is ineffective—and that does not appear to be the case here. Most government communications programs (see below) are rigorously measured, with metrics that focus on real behavior change.

In this instance, it’s worth looking at the some of the individuals singled out in this report to get an idea of what the public is getting for its money:

·       The Centers for Disease Control ($412.7 million) funds a wide range of health education initiatives, from HIV/AIDS education to smoking cessation campaigns, from encouraging healthy diet to combating the anti-vaccination movement. These campaigns (many of which we see in our SABRE Awards competition) tend to be measured in terms of real behavior change, and tend to get a solid return on investment by reducing medical costs.

·       Department of the Army ($254.9 million) spends the largest part of this budget on recruitment, from advertising to social media.

·       Substance Abuse & Mental Health ($163.0 million). Whatever you think of the government’s anti-drug efforts, they too tend to be measured in terms of behavior change.
The Federal Emergency Management Agency ($96.6 million) spends most of its communications budget on emergency preparedness information.

·       The National Institutes of Health ($82.2 million) is also spending most of its communications budget on health education, from research into the links between diet and health to hypertension and heart health education.

·       The State Department ($79.9 million) communications budget includes research on issues such as human trafficking and religious freedom around the world, and on terrorism prevention campaigns, but about half of that money appears to have been spent surveying international attitudes toward the United States.

·       The Bureau of Engraving & Printing ($67.2 million) has spent most of that money on the introduction of new bank notes, designed to prevent counterfeiting, and in particular on educating financial institutions in the US and abroad about detecting counterfeit money. Most government communications programs are rigorously measured, with metrics that focus on real behavior change. While Open the Books has not led the campaign to prevent the EPA from spending on communications, one of the agency’s campaigns is at the top of Open the Books’ list of “highlights”: the ”I Choose Clean Water” campaign claims to have reached more than 1.8 million citizens in an attempt to enlist support for clear water regulations, and has raised questions of whether the agency violated the anti-lobbying laws.


But this is one campaign that can’t be criticized for failing to produce results: 87 percent of comments on the clean water proposal were favorable to the EPA’s position.

But the reality is that the report again declines to provide context. If it did, it would likely find that these costs are either at or even below market rate—because federal contracts are almost always subject to a competitive bidding process and because they are notorious within the industry for their relatively low margins (they are valued by agencies because they tend to involve big budgets over multiple years).

As The New York Times article points out, federal law permits officials such as the EPA administrator to promote government policy, or to support or oppose pending legislation. But questions were raised about the agency’s use of Thunderclap, a “crowdspeaking platform” that allows people to share and amplify their messages on Facebook.

In what looks more like a case of rules and regulations being outpaced by social media technology rather than the “covert propaganda” campaign described by critics, a General Accounting Office found two problems with the EPA’s activities:

·       First, one of the EPA’s public affairs executives wrote a blog post that linked to another blog post that in turn linked to a page that urged people to call their congressional rep. This apparently counts as lobbying.

·       Second, while the Thunderclap page itself was clearly attributed to EPA (it displayed the agency's profile photo and was identified as being created “by US Environmental Protection Agency," when Thunderclap users resent the message, it might not have been clear that it was originally created by the EPA.This, apparently, is enough to whip the EPA’s opponents into a frenzy and to spur editorials such as one in the Des Moines Register suggesting that “the P in EPA” stands for “propaganda,” as well as a bill that would prevent the EPA from communicating with its stakeholders.

"These are contractors hired with taxpayer dollars used to create media campaigns aimed at selling the latest EPA rule or regulation to the American public," says Republican Congressman Jason Smith. "These are rules and regulations which often have an adverse impact on economic growth and job creation in this country."

There is, of course, a legitimate way for Smith and his colleagues to put an end to regulations that “have an adverse impact on economic growth and job creation,” and that is to win the presidency and enact different rules and regulations. If they do so, perhaps Democrats will be just as critical of EPA “propaganda” as Republicans are now. If so, they will be just as mistaken.

The government has a right and a duty to communicate its policies, both to keep the public informed and ensure the success of its programs.