Please refer to our Privacy Policy for important information on the use of cookies. By continuing to use this website, you agree to this.
Home Longreads Will H+K Strategies Push The PR Industry To Improve Paid Parental Leave? 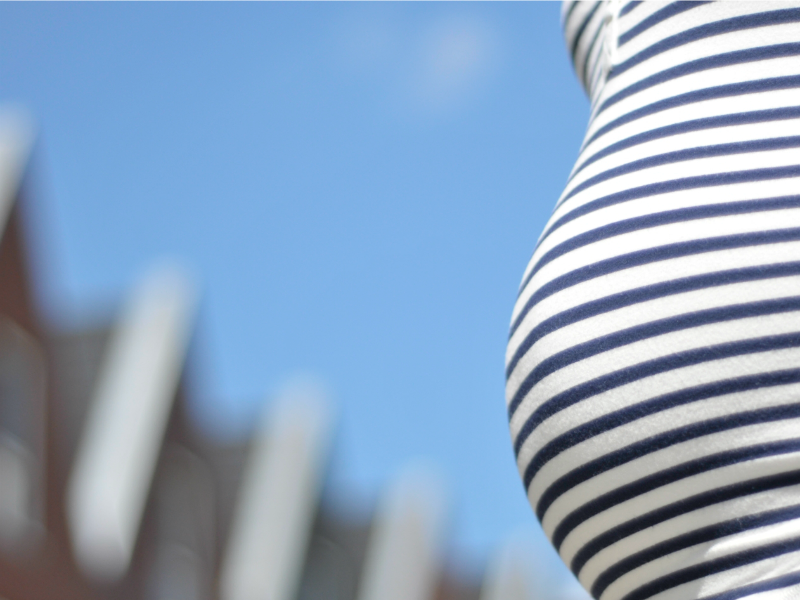 In the U.S., new parents are often left stitching together a confusing patchwork of leave. The PR industry, for the most part, hasn’t been an exception to this.

While companies like Vodafone, Netflix and much of the tech industry have made headlines by adopting progressive parental leave policies in the U.S., the PR industry has remained relatively quiet on this front — until recently. In May, the WPP-owned Hill + Knowlton Strategies publicly announced its new policy that gives birth mothers 16 weeks of paid leave and other parents 10 weeks of paid leave — without depleting paid vacation and sick time.


It’s well-documented the U.S. is the only developed country that does not mandate paid maternity leave (nor the increasingly popular paternity leave). And because employer policies vary dramatically, new parents are often left stitching together a sometimes confusing patchwork of leave that draws upon limited paid leave, disability benefits, the unpaid Family and Medical Leave Act (assuming FMLA eligibility) and stockpiling vacation and sick days.


The PR industry, for the most part, hasn’t been an exception to this. No other PR agency that I spoke to matched H+K’s parental leave policy in the U.S. The closest was sister WPP agency Ogilvy PR that provides “up to 12 weeks paid leave” for birth mothers and partners, not counting vacation and sick leave.


H+K’s revamped policy went into effect in the fall 2014 and has been a priority for Mike Coates after he took over as CEO of the Americas last summer. (Coates previously led H+K’s Canadian operations.)


“At Hill+Knowlton Strategies in the U.S., we're hoping to set a precedent for other companies to follow with an industry-leading parental leave program,” Coates noted in the OpEd published in the Huffington Post earlier this year.


He described the reason for the policy change in an email sent to staff last October:


As a father of three daughters, I somewhat took for granted how much society and culture in Canada created an environment that encouraged working parents. And, in recent years, we’ve seen recognition of how important this is from industry leaders in the U.S., like Google and Apple, in their very aggressive employment policies. If H+K is going to truly be an industry leader, we have to compare ourselves to other top employers. I want to make H+K the best place in our industry to be a working parent.


Yet, asking employees to bankrupt their paid time-off upon having a child has become a relatively common practice in the PR industry that Coates specifically calls out for being, not only impractical, but also unkind.


Being able to hold on to sick time and vacation days, rather than burning through it all while on maternity/paternity leave, to allow for the doctor visits and sick days that inevitably arise in those early months, not to mention needing a day off once in a while.


Expectant mothers also can telecommute and reduce their workload in the weeks leading up to their due date, without cutting into maternity leave.


‘I Haven’t Seen Anything This Progressive’


At the world’s largest PR firm Edelman, new mothers in the U.S. are allotted three weeks paid leave, coupled with short-term disability that ranges from six to eight weeks, then topped up with accrued paid leave.


“[We] see that women often take at least 3 months off, with a combination of paid disability leave and other accrued paid time off,” said Chris Allieri, Edelman’s EVP of global marketing. “That said, we are continuing to evaluate our paid leave against that of the standard across the marketplace.”


The caveat of “continuing to evaluate” emerged in many of my conversations with the larger PR firms around parental leave. Another WPP agency, Burson-Marsteller declined to participate in the story because management is currently updating its parental leave policy, meanwhile WPP’s other major PR agency Cohn & Wolfe declined comment altogether.


“We have to be in a state of evolution — you can’t ignore what Vodafone, Netflix and now H+K are doing,” Gail Heimann, president of the IPG-owned Weber Shandwick. “We have some policies that have worked, but we are in the process of doing more.” Weber Shandwick offers two weeks parental leave, which is coupled with six to eight weeks of short-term disability, the company's 21 days of annual PTO and FMLA.


Fellow IPG agency Golin is “in the middle of a process to reintroduce a broader and unique [parental leave] program in coming months” the firm’s U.S. president Gary Rudnick said. The new program will draw upon elements of Golin’s UK policy, which includes up to one year of maternity leave (the UK guarantees statutory maternity pay for up to 39 weeks) and three weeks paternity leave on full pay.

“Everyone talks about taking care of their people and being more humanistic, but having policies in place that speak that language show you’re behind those words

Omnicom-owned Ketchum has a policy comparable to Weber Shandwick’s and Edelman’s. Meanwhile, the Publicis-owned MSLGroup told us in a statement the firm “welcomes the trend in business and in our industry for more innovative and inclusive parental leave policies, and regularly reviews and updates our policies to be among the leaders.” In the U.S., birth mothers receive up to nine weeks of paid leave and one week for new dads, partners and adoptive parents.


“Most of our mothers —and we have a lot of them — take around five months leave and they use a combination of paid caregiver leave, short term disability benefit, PTO and accrued sabbatical,” said Allyson Savage, WagEd’s VP of corporate communications. “We honor requests to supplement with unpaid time off to make up any difference...Most of these time off options apply to our new fathers as well, though we don’t generally see as much time being taken.”


Among the mid-size firms — Allison + Partners, W2O Group, Next 15 (in the U.S.) — the leave policies were mostly similar. I reached to other firms via a Profnet query looking for notable parental leave policies and only the integrated marketing firm A&G responded with its policy of two months 100% paid maternity leave, plus two weeks 100% paid paternity leave and also a $500 household stipend allowance for new parents. (This echoes Facebook’s  “baby cash” policy that gives new parents $4,000 to help with expenses.) Updated to add: Since this story published, the technology boutique March Communications reached out to say it offers new moms 12 weeks paid, partners get  2 weeks paid.


“I haven’t seen anything as progressive as what H+K is doing and it will certainly position them as a forward-thinking company,” said Jim Delulio, president of PR Talent recruiting agency. “Everyone talks about taking care of their people and being more humanistic, but having policies in place that speak that language show you’re behind those words and will have the weight to pull in better talent.”


He noted, in the San Francisco Bay Area, “unlimited vacation” is becoming a popular perk among PR agencies scrambling for talent. “It will be interesting to see how this plays out around parental leave,” Delulio noted.


Better For The Bottom Line?


The ability to attract — and retain — top talent remains the biggest concern for PR agency leaders, according to a global survey from the Holmes Report and ICCO. While parental leave is only one aspect of recruitment and retention, as other companies have found, it plays a significant role.


Last year, YouTube CEO Susan Wojcicki made a case for paid parental leave, modeling her own company’s policy as a way to boost profitability and retention. The rate at which new moms left Google fell by 50% when the company expanded its paid maternity leave from 12 weeks to 18 weeks in 2007. At the same time, the company expanded its paid paternity leave from seven weeks to 12 weeks.


“And it’s much better for Google’s bottom line—to avoid costly turnover, and to retain the valued expertise, skills and perspective of our employees who are mothers,” she wrote in the Wall Street Journal.


The PR industry itself grapples with a significant amount of female attrition — or at least of women opting out and/or being overlooked for leadership positions, as we found in our research on gender and leadership in PR. While women make up 70% of the PR workforce at all levels, at the highest leadership ranks that number drops to only 30%.


While costs are often cited as reason not to adopt paid leave, studies have shown that paid  leave improves retention — saving employers turnover costs  — as well as other cited benefits. H+K’s Coates reiterates this in an OpEd on the subject and even calls for the U.S. government to “make a greater commitment to women and their partners.”


Many of the agencies that I spoke to did have “transitional policies” in place, like dedicated nursing rooms, flexible re-entrance programs and backup childcare options for new parents.


Significantly, the PR industry is increasingly framing this as a parental issue, rather than exclusively a mother’s issue. While birth mothers require leave for medical recovery, paid baby bonding time for both parents reaps benefits for both men and women within the family and the workplace. For instance, couples become accustomed to raising children together making it more feasible for both parents to return to the workplace. In this area, it’s notable that H+K’s paternity —or partner— paid leave policy rivals that of Twitter’s (10 weeks) — several other companies, mostly in technology, finance or professional services, offer 12+ weeks of paid paternity leave.


Ultimately, it’s not just the tech giants that PR agencies compete with when it comes to progressive parental leave policies. Goldman Sachs, Johnson & Johnson, Bank of America, McKinsey, Deloitte, among many other US companies have extended paid maternity — and increasingly — paternity leave policies. Smaller companies sometimes employ more creative solutions like hiring an in-office nanny so that new parents can bring babies to work, like the PR firm the Benjamin Group did nearly two decades ago.


Last month, H+K snagged Citizen Relations’ Beth Balsam as its new U.S. CEO. Among her reasons for joining: “They have also taken a progressive approach with employees, for example, launching an industry-leading parental leave program.”