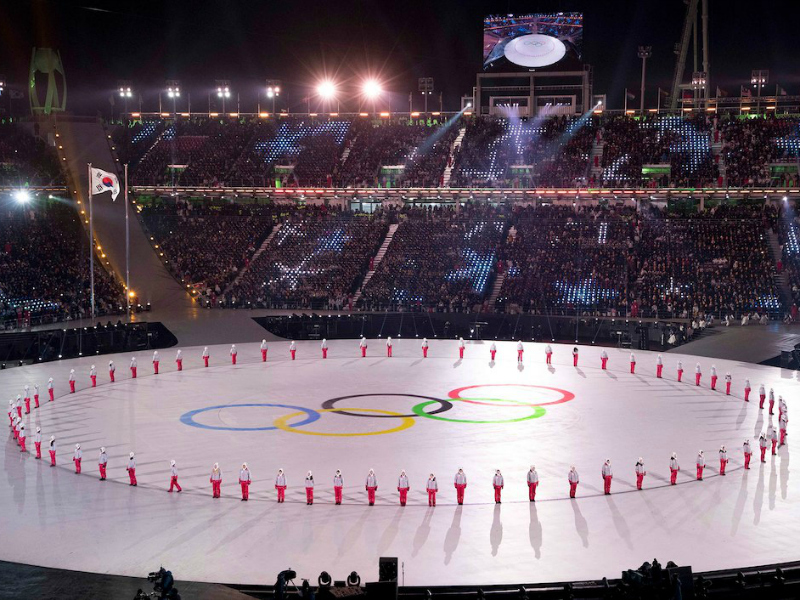 Tech Takes the Gold at This Year’s Winter Games

Onsite in PyeongChang, South Korea, I witnessed firsthand the marriage of technology and sponsorship as brands took a big leap forward at the 2018 Games.

Taylor has been on the ground representing the world’s leading brands at every Olympics -- both summer and winter — since 1984 in Los Angeles. Although our presence at the Games has been a constant, the way we’ve seen brands activate around the Olympics has truly evolved.

Onsite in PyeongChang, South Korea, I witnessed firsthand the marriage of technology and sponsorship as brands took a big leap forward at the 2018 Games. From virtual reality to 5G to wearables, global tech giants like Intel and Samsung as well as longtime Olympic partner Coca-Cola took to the world’s biggest stage to showcase how innovative new technologies are raising the bar on sponsorship activation and ultimately, consumer engagement. Even for fans who didn’t make it to the Games, Comcast Xfinity (a Taylor client partner) provided its customers with access to every moment of the Games in PyeongChang live for the first time, either sitting in front of the TV or on the go with a device, helping to make this the most watchable Olympics in history.

It was hard not to be overwhelmed by the presence of technology. That was certainly the norm at the athletic competitions I attended with a highly-advanced mobile app available and massive LED video boards, but also outside the venues where sponsors were activating – most strikingly, by Samsung and Visa. Even Coca-Cola, who maintains the longest continuous relationship as an Olympic partner, used a sip-and-scan technology to further engage consumers and set them up to win merchandise and other prizes.

Here are some observations from my time on the ground in and around PyeongChang of how select sponsors leveraged their partnerships with the IOC to enhance the Olympic experience for fans and athletes.

Coca-Cola
As always, Coke was ubiquitous throughout the Olympics. Besides its products being available seemingly everywhere, it set up a space in the Olympic Plaza - a prime photo-taking destination. It’s branded with the hashtag #CokePLAY and shows images of teammates laughing together, or a couple snuggled up under a blanket, all the while sharing a refreshing Coca-Cola. The brand’s desire for consumers to associate happy memories at the Olympics with its product is clear – and the smiling faces beaming back at you in the #CokePLAY zone are proof. But in PyeongChang, Coke takes its marketing a step further with the power of technology. After the sip-and-scan feature made a successful debut in Rio de Janeiro for the 2016 Summer Olympics, the company brought it back to let consumers win prizes such as merchandise and even airline tickets. It works in four easy steps – visit Coke.com on your phone, tap the “scan” button which opens your camera, scan the “sip and scan” icon on the bottle, and be entered for prizes. It adds another touchpoint of engagement with consumers. You’re also not likely to soon forget where you received that free merchandise you’re wearing.

Samsung
VR technology has yet to be dominated by any one brand, and the competition remains fierce. This iconic  South Korean brand built two specially designed experience stores just for the Olympics. A virtual reality section consumes half of the store in the Olympic Plaza. Under the hashtag #DoWhatYouCant, Samsung markets its virtual reality experiences, including ones that let you visualize and feel the lower body simulation from the vantage point of a Winter Olympics athlete. In the snowboarding one, you zoom past trees, slide over a cliff and even jump on a parachute while feeling your legs moving around as your mind drifts through this 3D virtual world. And for the vast majority of us who won’t know what it’s like to be a world-renowned skier or snowboarder, it’s truly a #DoWhatYouCant experience! The company is also aggressively marketing its S Pen technology. The age of the selfie doesn’t seem to be going away anytime soon, and the S Pen lets consumers dress up their selfies with all sorts of custom visual effects to add an extra layer of personalization before posting on social media.

Visa
Like Coca-Cola, Visa and the Olympics go hand in hand as the two have a partnership that dates back over 30 years to 1986 when Visa became the only card accepted at Games venues. The story in PyeongChang was similar but had a significant twist. For these Olympic Games, Visa introduced three new wearable payment devices – gloves, commemorative stickers, and pins. And they helped make the checkout lines speedy! As the opening ceremony approached, fans rushed to make their merchandise purchases, and it felt like a really effective process relative to other check out experiences.

To market how easily and quickly these payments are processed, Visa signed a roster of over 50 athletes from all over the globe, many in sports known for speed, such as Jamie Anderson in snowboarding or Sarah Hendrickson in ski jumping. One thing for the consumer to keep in mind from my own personal experience: with easy payments could come too many purchases. But the guy (me) who so eagerly bought the scarf for 20,000 Won (about $20 in U.S. currency) will hold off on giving any lectures.

P&G
P&G (a Taylor client partner) has been an IOC partner since the 2010 Winter Games in Vancouver. As with prior Olympics, P&G made its presence felt in a big way – but less with cutting edge technology and more so with world-class hospitality. There, the brand again established the Family Home in the Nations Village, a place where athletes and their families can go to relax in a quiet setting and have a hot meal. It’s a welcoming respite for many, free of approaching fans or cameras, and especially the cold, windy mountain air. While I visited, the laughs were frequent, and there seemed to be an implicit understanding among the families about what each other and the athletes were enduring. During a stressful and anxiety-filled few weeks, all of their hard work and support culminates in either exceeding expectations or falling short. That P&G  uses its onsite presence at the Games to create a welcoming atmosphere reinforces its position as a family-oriented brand.

Michael Kelley is a Senior Account Executive at Taylor