Please refer to our Privacy Policy for important information on the use of cookies. By continuing to use this website, you agree to this.
Home Latest 'Tough Expectations': What Omnicom Needs From Its New PR Group CEO 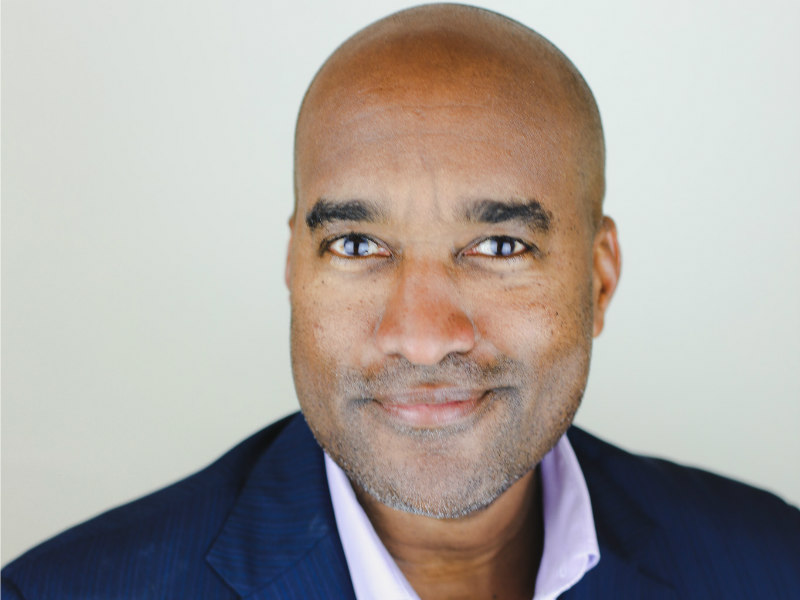 Can Chris Foster win over internal sceptics and drive a genuine reappraisal of the holding group's PR agency strategy?

What, exactly, does Omnicom want from its PR group CEO? That is a question that hovered back into focus last week, when the holding group finally filled the relevant vacancy by hiring BCW's Chris Foster to lead its $1.3bn PR unit.

It was a role that had remained vacant since the end of 2019, when Karen van Bergen stepped down after almost four years as Omnicom PR Group's (OPRG) first CEO. At the time, many pointed to the pressures of driving sustained growth, along with the inevitable holding group demands for cost-cutting, restructuring and consolidation — all of which may well have obscured an agenda that, in theory at least, was supposed to focus on innovation, acquisition and talent.

Omnicom's own job description, revealed by PRovoke Media earlier this year, is as good a place as any to start, describing the right executive as "both a continuous learner and thought leader." Also called for are "commercial acumen and strategic agility to help evolve the group [and] meet changing client needs and demands."

HR jargon aside, there is a nod to "sustainable, profitable growth" — a key target at a division that had lagged its peers (until 2020 at least) along with development of a strategic plan for group growth, including acquisition opportunities. And, of course, there is a requirement to drive collaboration and new business — with success measured "according to year-on-year revenue and EBITDA growth, talent development and measurable collaboration within OPRG and other Omnicom networks."

All of which adds up to a lot, perhaps helping to explain why Omnicom took more than 18 months to fill the vacancy. "There are not many candidates to start with, and very tough expectations," one executive familiar with the search told PRovoke Media earlier in the year.

Foster, who brings considerable experience from his time with BCW and Booz Allen Hamilton, will do well to meet all of the criteria, no matter how nebulous they appear. But it was telling that, when speaking to PRovoke Media, he defined the role's objectives in relatively narrow terms — pointing to client challenges and data/analytics investment, both areas in which he has amassed significant expertise, along with integrated agency opportunities.

There was less talk of acquisition and little to support the notion that more consolidation is on the cards — "I think the verdict's out," he noted — even if OPRG is now a standalone brand in several European and Asian markets. If nothing else, that may be politically astute, with Foster recognising the need to protect and nourish the individual agency brands and, by extension, the many agency CEOs who now report directly to him.

Because, of course, what Omnicom wants from its PR CEO may not quite match what the agency chiefs want from their new boss. "For whatever reason they have created this entity and they want to persist with it," says one Omnicom PR executive familiar with the situation.

Starved of meaningful investment, while simultaneously suspicious of anything that suggests a threat to the status quo, agency CEOs can perhaps be forgiven for being somewhat circumspect about Foster's prospects in the role. As ever, this will not be the easiest of audiences.

Recent history, at least, offers no guarantee that will happen, even if the job description makes much of the need for "excellent communication skills to balance the needs of all the internal and external stakeholders with clarity, focus and a deft touch."

Given these factors, it is worth revisiting why the role exists. Is it to drive collaboration among Omnicom's PR firms on major client assignments, in the manner of P&G and Philips? Because the sector is not exactly brimming with those kinds of opportunities, more commonly rewarding cooperation across — rather than within — disciplines. Is it to push acquisition at a group that has not acquired a notable PR firm since Portland in 2012? Is it to drive the kind of innovation that, in the manner of OmniearnedID, requires sustained, strategic investment at an agency level?

Or is it, as an OPRG source suggests, simply a helpful method of managing a DAS outfit that, at 200 agencies, had become increasingly unwieldy? "The reality of the job is that, after 100 days, it will be making sure the numbers are met."

That would suggest a more depressing outcome, particularly given the evident talents that both Foster and van Bergen have brought to the job. Because, it is not as if this kind of role cannot work. The late Howard Paster ran WPP's PR division in a manner that not only won the confidence of his agency constituents, but also earned a coveted seat at Sir Martin Sorrell's top table. Over at Interpublic Group, Weber Shandwick and Golin are positioned as leading lights within the group's Dxtra unit under Andy Polansky.

"Omnicom has amassed a giant collection of PR assets and faces a choice — treat it as a fleet of specialist agencies and overlapping networks, or forge it into a big-scale tech-and-talent company," says a senior executive at the holding group. "The former is status quo and doesn’t really need another executive to review financial spreadsheets. The latter requires vision and leadership."

If those are two of the broad choices, they reflect not only the competing priorities that OPRG's new CEO must navigate, but also the challenges writ large at holding groups that have struggled to match independent PR agency innovation and growth over the past decade. Foster will no doubt bring energy, emotional intelligence, and plenty of holding group experience. Yet his success will also hinge on the clarity and influence he is able to deliver at an endeavour which can easily, it appears, recede into bureaucracy.

"I'm hoping the holding company now appreciates what they need to do, which is to empower a new leader," adds a senior Omnicom PR agency source.

Whether Foster will be suitably empowered remains to be seen. Unlike van Bergen, he does not report directly to DAS president Dale Adams, but to John Doolittle, who becomes OPRG chairman after serving as interim CEO. "It's a comfort level," explains an OPRG source of the reporting line. "He comes from the outside. But if they do it for more than one year, it will be a mistake. He should report to the DAS president."

If it all sounds rather complex, perhaps that is the nature of these kinds of jobs in 2021, as the holding group model struggles for relevance amid relentless change. And if Foster's own comments suggest an attempt to simplify the myriad issues in play, that can hardly count as a surprising tactic in the unforgiving environment of profit-driven agency politics.

Presumably, though, Omnicom wants its new PR CEO to thrive, rather than just survive. Which may well call for a rather more empowered, enlightened and — yes — better-funded version of public relations than has hitherto been the case. If Foster can prove to be the catalyst for that kind of change, it would be significant for the industry as a whole, not least Omnicom PR Group, which remains the PR industry's biggest network at 15 firms and 6,300 staff.

"Chris Foster's ability to be able to persuade [Omnicom CEO] John Wren to look at PR in a different light is going to make all the difference," says a senior Omnicom PR executive. "To view the agencies as investments for growth in the longer term. He could make a big difference if he can persuade Omnicom to get behind the PR firms and give them some latitude."