Please refer to our Privacy Policy for important information on the use of cookies. By continuing to use this website, you agree to this.
Home Latest How Low Growth Became The New Normal For Big PR Networks

The previous decade was hardly a vintage one for big PR networks. Will the next one be any different?

In early 2018, Richard Edelman vowed that low growth would not become the "new normal" at his PR firm, after consecutive years of low single-digit expansion. Two years later, it is worth asking whether that still remains the case, given that the world's largest PR agency recorded a 1.1% revenue decline in 2018 before returning to modest growth of 2.1% last year.

Clearly, Edelman's rebound is encouraging for the market as a whole. Yet the numbers do not inspire an enormous amount of confidence in the firm's ability to restore the double-digit expansionary zeal that marked its ascent to the top of the agency tree.

Not that Edelman is alone in this regard. Indeed, the malaise indicated by the latest set of earnings suggests that coronavirus is not the only thing that is highly contagious. Key Edelman rival Weber Shandwick also reported low single-digit growth last year, while Omnicom PR Group contracted by 2.5% after four consecutive quarters of revenue decline.(WPP is yet to report, but its PR firms declined 1.9% in the first half of 2019, and 0.9% in the third quarter.)

All of which suggests that 2019 will be another year of — at best — slow growth among the major PR networks, consolidating a trend that has gripped the sector for the better part of the decade, as our Global Top 250 analysis confirms. At a time when public relations is more important than ever, how exactly did we arrive at a scenario where most of the industry's biggest players are unable to consistently grow at a meaningful rate?

There is no question that some of the factors are cyclical — communications budgets have been poorly defended over the past decade, more recently pressured by economic headwinds brought on by a surfeit of geopolitical factors across the globe. Coronavirus, Brexit, trade wars...take your pick, but all contribute to a prevailing sense of caution among budget holders, and a lingering hope that better times may eventually return.

At the same time, Richard Edelman has pointed to cutbacks in consumer marketing budgets, which have served to stymie the firm's much-heralded evolution into the kind of agency that can compete for brand marketing assignments. CMO spending, long touted as the saviour for savvy PR firms, has become markedly more efficiency-driven (at the expense of brand building), exposing the PR industry’s own weaknesses in developing a robust evaluation model. And that is before considering the investment (and appetite for change) required to truly transform big corporate-focused firms into credible brand-building players.

Even so, it is hard to shake the conclusion that many of the reasons for the low-growth era are structural too. By now, the comparative decline of the network agency model has been examined at length in these pages. Big players, more than any other segment of the market, appear to suffer from a relative lack of easy differentiation, helping to highlight the stronger performances of Edelman and Weber Shandwick over the past decade.

Neither is scale nor ready access to capital the distinguishing features they once were. Holding groups have largely dispensed with the notion of acquiring PR businesses, while an expansive geographic footprint often seems like more of a burden than a benefit, exposing firms to increasing geopolitical and economic risk and accounting for a significant share of time and resource.

Meanwhile, midsize firms continue to outperform the market, at the expense of bigger and smaller rivals alike. Independent players, in particular, are growing at a double-digit clip, benefiting from their ability to invest ahead of the curve and manage margins in favour of their clients and talent, rather than shareholders.

Significantly, Richard Edelman notes that his own firm's double-digit growth period was largely fuelled by digital expansion. "I don't think that's happening for any firm anymore," he says.

Which suggests another significant trend for big PR players. In mature markets, the 'digital content bubble' appears to be deflating, as larger clients increasingly bring that kind of work in house. As an added threat, technology platforms have grown in prominence and appeal, 'Uberising' digital content services via the kind of intuitive SaaS model that contrasts starkly with the timesheet tyranny of traditional agencies.

As Google's Corey duBrowa told us last year, he values agencies for their strategic counsel and creativity. Few big clients have consistently backed up these kinds of statements, though, creating a market where big firms are saddled with a model that prioritises execution over ideas. And breaking out of that cul-de-sac requires investment, something Richard Edelman is betting will translate into results soon. "In our case it's taken us time," he said. "The more we can prove the work, we can get an accelerator effect."

Until then, the irony may be that agencies are overly reliant on legacy models for growth. Star Edelman performers last year, for instance, included China, India, Mexico and South Africa — markets that may not always deliver creative transformation but can achieve precious topline growth. "Corporate [PR] may not have, per client, such high fees, but there are many more," points out Edelman.

That reflects the kind of perfect storm that big agencies may find themselves in now, trying to transform their capabilities while delivering the kind of growth and margin that keeps the markets happy. "I'm not sure the age of US-based global networks is the way of the future," says the American head of one major publicly-held PR network.

"PR agencies are facing a battle from all sides — from more nimble digital and social agencies that are taking the lead on influencer management to an increasing trend of bolstering internal communications capabilities," adds R3 principal Greg Paull. "Driving out a growth agenda will be challenging for those who maintain the status quo and don’t continue to innovate their offering around strategy, data and measurement."

Thankfully, there are still many agencies that appear to be consistently mastering the growth agenda that Paull describes. Not all of them are independent, or midsize, but relatively few hail from the bigger end of the market, where much of the change has been driven by consolidation. The previous decade was hardly a vintage one for big PR networks. Will the next one be any different?

CEOs At Cannes Condensed: PR Industry Must 'Wake Up' To Opportunity On Offer
Arun Sudhaman
// 25 Jun 2021

Cannes Condensed: 'Compelling Work Is All About Tension'
Diana Marszalek
// 24 Jun 2021
View All 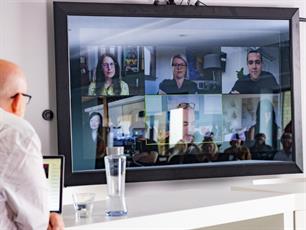 CEOs At Cannes Condensed: PR Industry Must 'Wake Up' To Opportunity On Offer

The PR industry has done much to elevate its value during the pandemic, but a time-honoured Cannes d ...

The seventh edition of the Creativity In PR study finds that PR firms are making progress in their b ...