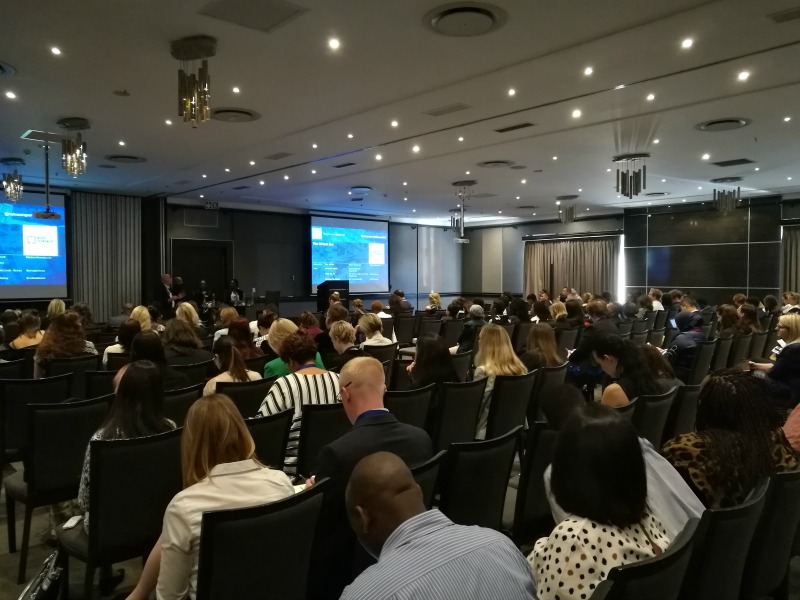 4 Things We Learned At The 2017 In2Summit Africa

People, technology, risk-taking, crisis policies and gender equity come to the fore during an enthralling conference in Johannesburg.

Our second African Innovation Summit proved to be an enthralling affair, attracting 200 people to the Maslow Hotel in Johannesburg. The conversations on display struck a particularly candid note, featuring business and media leaders from such organizations as Microsoft, FlySafair, Gates Foundation, Sanlam, Sasol, T-Systems, Mercedes-Benz and the Mail & Guardian.

At a time of rapid change in South Africa, there was plenty to discuss, with conversations covering media challenges, creativity, crisis, gender equity, data/analytics and talent. You can check all of these out via the #in2summitSA hashtag, which trended. I've tried to distil these into four lessons below, many of which are applicable not just to Africa, but the public relations business globally.

"If we don’t develop the next generation of leaders that put people first, we’re not going to be the continent that rises," said Thabang Skwambane, founder and chairperson of Aluwani and MD of FCB, during a provocative opening session — ably moderated by Weber Shandwick's Tim Sutton — that questioned whether the 'African era' for communicators is really here. As Skwambane pointed out, the lack of credible leadership remains a major stumbling block, exacerbated by what Gates Foundation's Moky Makura described as the notion of 'one Africa.'

"There isn’t one Africa," said Makura. "And although we say it a lot, we often don’t actually practice it." Understanding these nuances and differences, as obvious as it sounds, remains a challenge for corporations doing business across the continent — who still describe Africa as a homogenous entity rather than a bewildering array of cultures and demographics.

Meanwhile, a high-powered panel on gender equity as a business imperative noted that, without senior leadership — like T-Systems MD Gert Schoonbee — real change will never happen. "Senior leadership has the decision-making power to incite change," noted Sasol SVP Wrenelle Stander, who — along with Barloworld's Samantha Swanepoel — also called on women to be more "self-promoting." Ultimately, as both the Business Engage Association's Colleen Larsen and Burson-Marsteller CEO Robyn de Villers noted, gender equality must be seen as a business imperative rather than a box-ticking exercise, and should start from within an organization.

Concerns about talent are exacerbated by the ways in which technology is changing all aspects of communications. Not only has the mobile phone effectively leapfrogged desktop tech, but the media itself is grappling with a crisis of relevance, prompted by typical concerns over shrinking revenues and algorithm-inspired fake news. "The journalist of the future looks very scared," quipped veteran journalist Gus Silber. "The media should use technology to disrupt, rather than be disrupted."

That is clearly a mindset that has characterised Khadija Patel's rise through the media ranks, from the Daily Vox to her current role as Mail & Guardian editor-in-chief. Patel pointed out that print and digital must play together, along with third-party platforms like Facebook and Google. For Destiny deputy editor Sheena Adams, that also means utilising Snapchat and Instagram to connect with younger readers. Not that all of this immediately translates to the kind of revenue that sustains quality journalism, even if — as Patel encouragingly pointed out — the Mail & Guardian is back in profit.

If technology is changing the face of the media, it stands to reason that communicators face similar challenges. FleishmanHillard GM Sharon Piehl noted that technology and innovation trends give smart PR agencies the opportunity to actually influence change rather than just talking about it — a fundamental shift which led her to boldly state that "PR as we know it is dead".

And technological advances also render traditional crisis policies ineffectual, said Microsoft Middle East & Africa comms director Delia Sieff, while contributing to a climate of 24/7 risk management. Sieff pointed to numerous digital-fuelled issues that Microsoft has faced in recent years, some of which were clearly influenced by the rise of fake news. Instead, FlySafair's Kirby Gordon believes that a set of principles and constant crisis preparedness are key, along with an understanding that reason and facts may not be enough to sway emotionally-charged opinions.

Everyone in public relations can benefit from being more curious, a point that was clearly elucidated by Piehl's address on the critical trends shaping how the profession is changing. But a specific curiousity about technology is of particular importance, not least for the reasons described above. A more sophisticated understanding of technology can help close the loop between content and commerce but only — as Clockwork Media's Tom Manners pointed out — if communicators commit to the technology platforms that can truly help them measure the effectiveness of their work. "Content should not exist just for the sake of existing".

That is already starting to happen at Mercedes-Benz, said marketing head Selvin Govender, even if the back-end systems do not always play nicely together. Which might explain why Webfluential's Kirsty Sharman cautioned against totally disregarding vanity metrics, and Microsoft advertising head Eugene Chetty noted that there remains an unwillingness among senior leadership to invest in the tools which would demonstrate whether a company's content is really working from a commercial perspective.

"Are we setting ourselves up for failure by telling brands we can measure from content to commerce?” asked Sharman, while Chetty said that there is a fear of moving away from vanity metrics. Just as worryingly, when asked whether their content is effectively measured, not a single person from the audience agreed.

Regardless, Manners believes the tools are out there, but require a more tech-savvy approach from clients and agencies. That goes for the data underpinning reputation management too, explained Magna Carta analyst Katherine du Plessis. But as University of Johannesburg professor Bheki Twala pointed out, are companies ready to analyze big data and find out things that might disturb their cosy assumptions about their brands?

Curiousity, of course, also helps drive groundbreaking work. It is easy to describe creativity as the rocket fuel behind great public relations campaigns, but much harder to translate that into reality. Luckily, delegates were treated to a series of campaigns that illustrate how a willingness to take risks and look beyond traditional PR methods can drive such work as Hemnet's House of Clicks, REI's #OptOutside and Sanlam's Conspicuous Saving effort.

And while Sanlam might come from a fairly conservative sector, head of brand Mariska Oosthuizen proposed a particularly enlightened framework for developing breakthrough creative work, noting that "great ideas are the ones that have never been done before".

Indeed, Oosthuizen's prescription for creative work is worth repeating here, calling for:

If that wasn't a stirring enough note to end this roundup, then consider Piehl's observation: "We have an obligation to tell transformative stories."