Please refer to our Privacy Policy for important information on the use of cookies. By continuing to use this website, you agree to this.
Home Latest Burson Cohn & Wolfe Unveils Europe And Africa Leadership 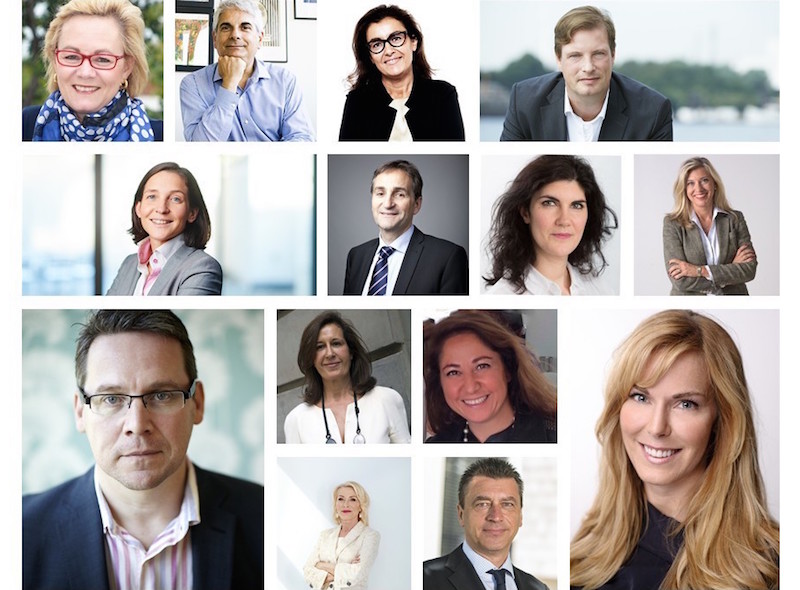 Europe & Africa president Scott Wilson names his market leads and talks to the Holmes Report about BCW's future plans for the region.

Of the 13 leaders named so far (full list below), nine were previously Burson-Marsteller market leads, and four are former Cohn & Wolfe country heads. There are currently nine women in the regional leadership team.

The appointments have been finalised five months after WPP announced the merger of Burson-Marsteller and Cohn & Wolfe to create the world’s third largest PR firm, with Cohn & Wolfe CEO Donna Imperato becoming CEO of the combined agency.

Former Cohn & Wolfe UK CEO and EMEA MD Scott Wilson was named as BCW president, Europe and Africa in March, with responsibility for around 1,000 employees from the two legacy firms. Talking for the first time since the merger about his plans for the region, he told the Holmes Report that the leadership decision-making process had taken time because there could be no “cookie cutter” approach to such a varied region:

“It's important we had to do the right thing by people and the business. The decision-making process included looking at the landscape of both legacy companies and making an appropriate decision based on size, performance, and complementary and synergistic skills. There were some difficult calls where both businesses were doing well, with good reputations, growth and two talented leaders. But where we had to make choices, I’m confident we’ve made the right ones, based on facts rather than just gut instinct or simply looking at the P&L.”

Wilson, who has spent much of the past five months visiting offices across the region, added: “I have had the opportunity to see at first hand the depth and breadth of talents at our disposal here in Europe and Africa. Having been with Cohn & Wolfe since 2010, the capabilities of the C&W network were obviously well known to me. Now, having had time to see the complementary talents and skills within the legacy Burson-Marsteller network, I am genuinely excited about what we can achieve in making BCW a truly great place to work for our teams and an even stronger integrated marketing communications partner to our clients.”

All market leaders will report to Wilson. The first 13 to be announced – with Switzerland and the Netherlands leads yet to be confirmed – are described by Wilson as “a hugely impressive lineup, drawn from some of the best talent from both legacy agencies”:

Inevitably, there have been some high-profile exits since the merger: Burson-Marsteller worldwide president Kevin Bell has retired; Burson-Marsteller UK CEO Stephen Day has also left the London office; and B-M Germany CEO Alexander Fink has left the firm, among other departures.

The next challenge is real estate, said Wilson. The BCW teams in Paris and Stockholm are already in the same building, and in London the B-M team are due to move into C&W’s offices before Christmas, after they are refurbished. Other physical mergers will take more time, due to space, leases and, in Milan and Madrid, the development of WPP campuses.

Having one BCW office in each city has the twin benefits of quicker integration between legacy agency teams, and cost-savings through combining resources, said Wilson: “In London, for example, we will all be in Tavistock Square, which enables significant savings, and a good slug of that will be invested into making it a modern, attractive, fit-for-purpose space, with collaborative areas and creative studios, which would not have been possible at either legacy firm.

"B-M’s building at Central St Giles [the home of Google] is very nice but the price of having very expensive real estate can’t be lost on people when they are asking about investing in training or whether people can go to Cannes or SXSW. I’d rather be investing more money in our people than on bricks and mortar."

All combined businesses will move to one P&L in January 2019, and a new logo, branding, website and social media channels will be rolled out in the next few months.

A new identity and brand values would be a key element of creating a successful new culture for the business, said Wilson: “Creating one new BCW culture will be critical, and it will be easier when all our teams across Europe are under one roof. Culture needs to be global and consistent, but we also have an important role to play at regional level, especially in markets where there was only a B-M office and they aren’t merging with another C&W business.

"The challenge is how to expose those teams to the wider business and how to create a new BCW culture together. There’s also a huge job to be done locally – in London, for instance, Rebecca [Grant] has done a great job in establishing a culture committee drawn from both legacy firms.”

In terms of prospects, Wilson said interest in the new company had been high, and BCW had already secured some undisclosed client wins across Europe and Africa: “My issue at the moment is not our pipeline. There has been an avalanche of interest in the new BCW, and a significant uptick of RFPs across my desk. That puts pressure on in terms of prioritisation and focus, although that’s a nice problem to have. It was right that C&W developed a certain swagger over the past few years, but we certainly would never want to be seen as arrogant.”

AxiCom – C&W's sister technology agency – will be unaffected by the merger in Europe, although Wilson said the sheer size of BCW meant that more tech capability would be required: “AxiCom is a brilliant business with fantastic people. Europe is its heartland, and now it’s in the US Donna’s ambition is to turn it into the leading global technology agency. At the same time, BCW Group globally is too big to have just one tech business, so within this region we’re set on creating a new BCW technology business."

Once the current BCW offices have settled into place, Wilson said acquisitions across the region were a possible route to adding capability in areas that would help the agency meet its business goals, such as creative technologists, creative content providers and data analysts.

Wilson is frank about the challenges of merging two huge legacy firms  – "announcing market leadership across Europe and Africa is a major step and feels like we’ve now finally got to base camp at Everest” – but told the Holmes Report: “I genuinely think we have huge cause for excitement and optimism. For me, the whole value of this entire merger project is that in every market we have the opportunity to build the only agency capable of delivering integrated solutions at all sectors and at scale, using best-in-breed specialists. The road ahead is bright and clear.”

Global CEO Donna Imperato said: “The successful track records and proven expertise of BCW’s leadership team in the Europe and Africa region will propel us towards our goal of becoming the pre-eminent integrated communications agency in the world.”