Please refer to our Privacy Policy for important information on the use of cookies. By continuing to use this website, you agree to this.
Home Latest Cause Marketing Likely To Play It Safer At This Year's Super Bowl 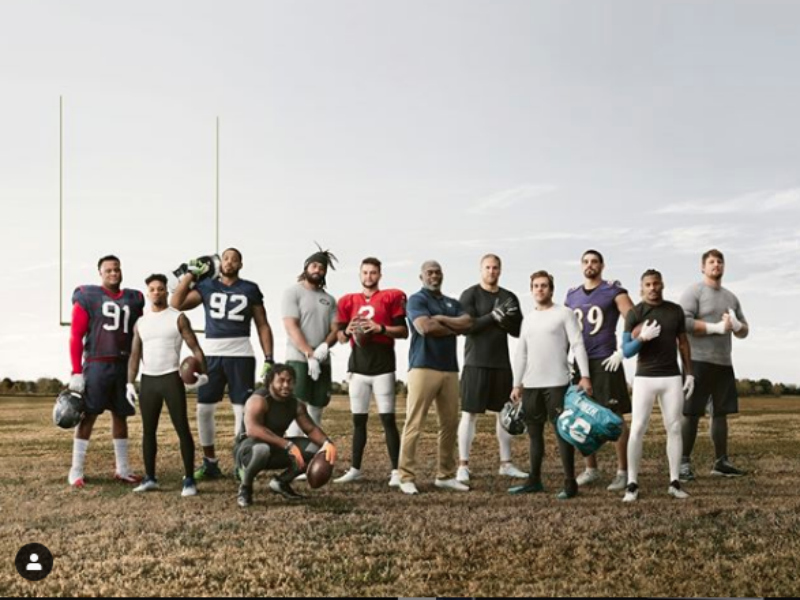 The more serious themes that brands have tapped into over the last few years — sexism, xenophobia, racism — are likely to take a lower profile in 2019 for causes that carry less risk.

In a time when divisiveness seems to be the norm, can the Super Bowl – and, more to the point, the commercials that pay for it – deliver brand-supportive messages about coming together around social issues?

The answer for the upcoming Super Bowl LII, at least, seems to be that it can, at least to some extent. Despite the backlashes that have occasionally greeted past purpose-driven Super Bowl campaigns – the event itself  increasingly serves as merely the centerpiece of multi-channel months-long initiatives by major brands – advertisers are putting at least some of their millions behind purpose-driven messages.

Samantha Baier, director of digital sports for Taylor, notes that Super Bowl commercial themes tend to reflect the shifting cultural landscape. “2015 and 2016 were definitely tugging at the heartstrings,” Baier says. “2017 came just a week after the inauguration, which was a cultural shift and divided the country, and the campaigns took a more serious tone. It was reflective of the cultural landscape as all these issues came to the forefront.”

For examples, she points to the 2015 game’s “Like a Girl” commercial by P&G's Always feminine care brand and 2016’s Pantene (also owned by P&G) “Dad Do” spot celebrating fathers spending time with daughters. These heart-warmers preceded 2017’s 84 Lumber immigration-themed spot and the gender equality-promoting Daughter ad from Audi. Both of these ads from 2017 were considerably less huggable. This year another P&G brand, Gillette, has taken on #MeToo by challenging toxic masculinity. And despite the initial uproar around the spot, some studies have found it to be not so polarizing after all.

“You also saw a little bit of negative backlash from consumers complaining about the spots,” Baier observes. “The Super Bowl is a fun event and they wanted to be spoken to in an entertaining and even humorous way.”

“And that’s what we saw more of last year, that fun approach,” she continues. The prime example was the NFL’s own “Dirty Dancing” commercial starring players Eli Manning and Odell Beckham.

But some brands seeking real connections will employ purpose to do so again in 2019, she suspects. “The successful campaign is based on a human insight and human truth,” Baier says. “A lot of those will take note of things in politics, culture and entertainment.”

Of course, not everyone is going purposeful in 2019. Tim Calkins, a professor at Northwestern’s Kellogg School of Business who has been tracking Super Bowl ads for years, says it’s difficult to predict what types of messages might appear but that the stand-bys will still be workhorses.

“We’ll see the usual collection of humor, celebrities and animals,” Calkins says. “Those are some of the themes you always see used creatively on the Super Bowl.”

The more serious themes that have also been used over the years are likely to take a lower profile in 2019, Calkins guesses. “I suspect we’ll see very little in the way of political ads,” he says. “We might see the cause ads this year.”

Generally, Calkins expects “very safe product-focused advertising” this year. “The reason is we live in such complicated, polarized times. When you’re reaching this big an audience, it’s very difficult to avoid offending people when you get near a political or social topic. The last thing an advertiser wants to do is spend a fortune and annoy a big community.”

Even with the Gillette ad, Damon Jones, Proctor & Gamble’s VP of global communications and advocacy, told the Holmes Report that before launching the ad Gillette expected there would be “strong reactions.” He also noted that while the spot does highlight some “not so great behavior” it also shows, in contrast, positive behavior “which is not getting the attention it deserves."

“This is not an indictment or a correction or chastisement of guys in any way,” he said. “We believe in the best of men and want to show that.”

A Cause with Little Risk

Verizon is an example of a Super Bowl advertiser whose pre-released teasers show it’s not shy of tying its brand to a purpose. In this case, however, it’s one of the least controversial causes imaginable: first responders. “It’s hard to find anybody who’s against first responses,” Calkins notes. “That’s safe territory for Verizon.”

Verizon’s chief creative officer Andrew McKechnie feels similarly. “First responders are one of the things we can really celebrate and showcase."

The telecommunications company’s 2019 ad relates anecdotes about NFL players who were helped by emergency first responders. A Verizon spot that showed reunions between ordinary citizens and first responders who’d helped them ran during the 2018 Super Bowl and generated positive brand sentiment compared to other ads during the game, McKechnie says.

“It resonated for the right reasons,” he says. “This year we wanted to continue that narrative and honor first responders and do it in a slightly different way.” To encourage the social media conversation that many Super Bowl advertisers seek, Verizon is also donating $1 to a fund for first responders every time someone shares its Super Bowl commercial on social media.

Mars is one of the brands more dedicated to the Super Bowl, and its approach emphasizes fun. In addition to sponsoring the Puppy Bowl for the last 15 years, the candy maker has advertised during the game since 2012, notes Andy Pharoah, Mars vice president for corporate affairs, strategic initiatives and sustainability.

M&M’s, the product line featured in 2019’s big game commercial, has a long history of humorous advertising featuring animated candies. This year, as revealed in a teaser released before the game, actor Christina Applegate gets repeatedly locked out of her car in a parking lot. The presumption is that the mischievous animated M&M’s are behind it.

M&M’s has done purpose-tied marketing in the past, Pharoah notes, pointing to a 2017 initiative raising awareness of climate change and Mars’ investment in renewable energy. But the hijinks of its anthropomorphic “spokescandies” represent the brand’s core, Pharoah says “And for a Super Bowl commercial the impact has to be around your core.”

While the full scope Super Bowl commercial themes won’t be apparent until the fourth-quarter clock ticks to zero, some things are more than likely. “If there’s one prediction I can make about this year’s Super Bowl, it’s that we’ll see more products focused on a female audience being advertised,” Baier says

“Going back to that cultural landscape, this past year was the year of the woman,” she says. “And with that cultural movement, you’ll see more recognition of women in places that wouldn’t normally come to mind.”

Another certainty, she says, is that whether Super Bowl commercials celebrate the serious or the silly, the best will aim at truth. “If there’s anything that determines the success of an ad in the Super Bowl it’s that it is grounded in a human truth or insight,” Baier says.

“You’re looking at the cultural landscape and what people want to talk about,” she says “That’s really what makes it work, not necessarily whether it is funny or is serious. You need to be true to who your brand is and find that insight that’s really going to speak to a broad audience of 100-million plus that watch the Super Bowl.”