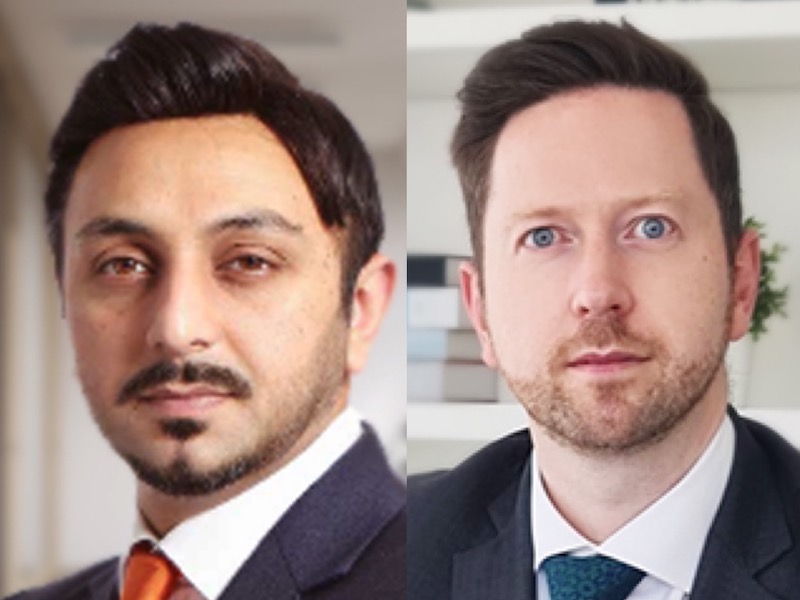 The three appointments build on the expansion of the Edelman Smithfield financial communication offering across EMEA.

Simon Hailes joins Edelman Middle East as the new director of financial communications, bringing 20 years of experience in banking, broadcasting and government. He was previously in-house at Barclays for nearly 10 years, latterly as director of group media relations. Hailes (pictured, right) was also a chief press officer at the BBC and for the UK’s Department for Communities and Local Government.

He said: “With the capital markets in the Middle East set to grow, diversify and open up to new investment, there is huge opportunity to create real commercial value for our clients by bringing Edelman Smithfield’s leading offering to the market.”

The agency has also appointed Mazar Masud (pictured, left) as the new head of Abu Dhabi. Masud has spent 15 years in corporate and financial roles in the UAE and UK, most recently as the director of Middle East at Kekst CNC.

In addition, seasoned regional journalist Sarah Algethami joins Edelman as an account director from Bloomberg, where she covered breaking news across sectors including energy and financial services. Algethami was previously a business reporter at Gulf News.

The trio will work closely with Edelman Smithfield, the company's specialist capital markets and financial services communications team. Earlier this year, Smithfield announced plans to expand its financial comms offer into Germany and the Middle East as part of a large-scale integration drive across EMEA, and around the world.

Edelman Middle East operates three wholly-owned offices in Abu Dhabi, Dubai, and Riyadh, and has a network of affiliates across the region. It recently announced closer collaboration with Edelman Africa.

CEO Omar Qirem said: “By doubling down on our financial communications offering and focusing on key markets, our new hires enhance the quality of counsel we can offer clients and is a further demonstration of our continued regional growth. This is an exciting time for Edelman Middle East, and we look forward to announcing additional senior hires in the near future.”