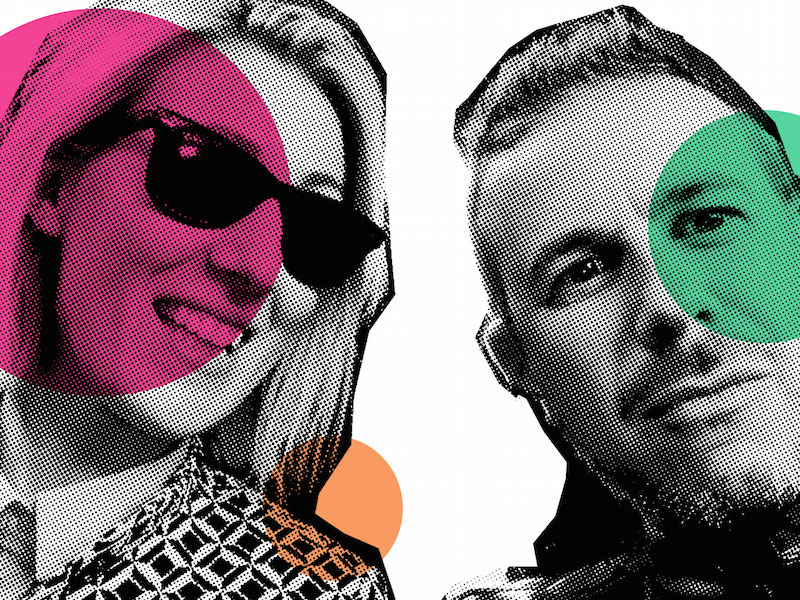 Gemma Moroney and Damon Statt have set up their new firm, Shook, with the backing of Hope & Glory.

LONDON — Mischief’s former head of insight and strategy Gemma Moroney and executive creative director Damon Statt have launched their own agency, Shook, after leaving the Engine Group firm where they were both partners earlier this year.

The new agency has the backing of Hope&Glory Communications, which has also recently invested in Red Lion PR, set up by two former staffers. Shook is the third agency to be financially backed by Jo Carr and James Gordon-MacIntosh since they launched Hope&Glory in 2011: they also supported digital strategy agency OneFifty, launched by former Brands2Life staffers Alex Pearmain and Katie Buckett in 2016.

Moroney was at Mischief for almost six years before she left in April. She had previously been a director at Frank PR for nearly seven years, after starting her career at Hill + Knowlton Strategies.

Statt left Mischief in February, after five and half years with the agency. He had also worked with Moroney at Frank, where he was a board director before leaving at the end of 2013 to join Mischief. Before Frank, he was head of experiential at Revolver.

Shook is billed as “combining behaviour design and creativity” to “fix brand, business and behaviour challenges through integrated creative, communications or campaigning”. Moroney said: “Shook is about getting to the core of the problem and moving people. Received wisdom about how behaviour works – that education or motivation moves people – is often wrong. We’ve put the principles of behaviour design at the heart of our offer.”

Statt added: “Combine that with creative craft and you get a seriously positive impact on brands and businesses. We’re here to really solve problems, not just jump to solutions.”

At Hope&Glory, Carr said: “Gemma and Damon bring a wealth of experience across categories and sectors, as well as a combination of strategic and creative thinking that make them a very investable combination. An agency partner that can not only help brands reach and engage their audiences, but also know how to compel them to act is what we feel clients want right now.”

Gordon-MacIntosh added: “The backing of Hope&Glory gives them a two year head-start and means they’re a start-up with the infrastructure of an established business. They’re a team that can take on major global assignments for world-leading businesses from day one.”

Shook will focus on “brands and businesses that stand for health, wealth or happiness” across the private, public and third sector organisations. The new agency is already delivering a project to help define and launch the brand purpose of one of the world’s biggest technology companies and is working with the Ruth Strauss Foundation – the charity set up by cricketer Sir Andrew Strauss in memory of his late wife – on comms strategy and creative.

On the challenge of launching in lockdown, Moroney said: “People are re-examining how they want the world to operate in future. Brands know consumer behaviour is changing but they’re looking for advice on how to act, react or adapt.

“They have the opportunity to step up more than ever. But this won’t happen with intention alone. That’s where we come in: we will help clients truly understand behaviour, focus on actions not just words and deliver work that drives brands, teams and customers to act.”

At Mischief, Moroney and Statt won and worked on PR, social media and influencer campaigns for clients including LEGO, The National Trust, TUI and First Choice. They also developed advertising campaigns and behaviour change campaigns for RSSB (the Rail Safety Standards Board), TransPennineExpress, South Western Railway, e.on, This Girl Can and the Home Office.