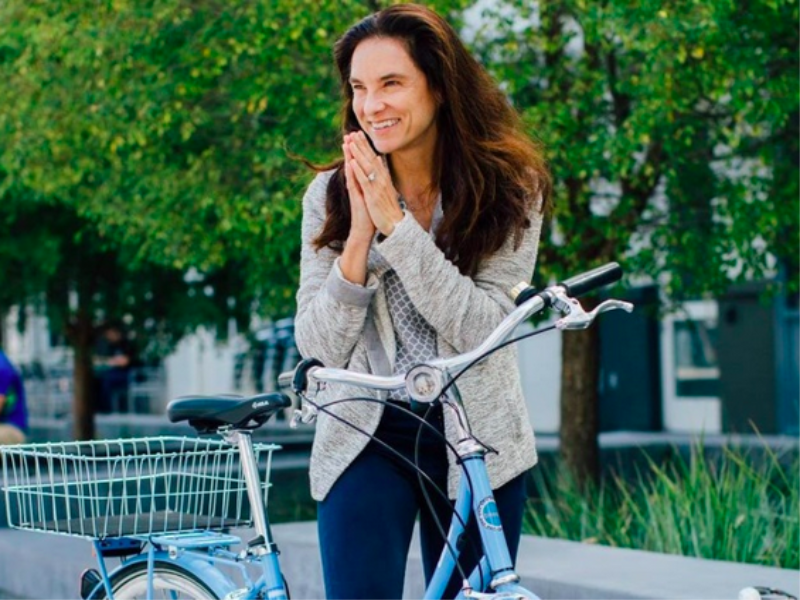 Marooney, who has been with the social giant for eight years, said she wants to return to her roots in deep tech and product.

MENLO PARK, CA — After eight years, Facebook communications leader Caryn Marooney is stepping down from the role — the latest in a string of people leaving high-profile communications roles during challenging times for the social giant.

“Some work news ... I spent a lot of time over the winter holiday reflecting, and with the New Year, and after 8 years at Facebook, I've decided to step down as leader of the communications group. I will work with Mark, Sheryl, and Nick to identify a replacement and get them up and running,” Marooney wrote in a Facebook post.  Marooney said she decided “it’s time to get back to my roots: going deep tech and product.”

Marooney joined Facebook as VP of technology communications, and has since stepped up to lead global communications. She said it feels like the right time to make the move now that VP of global affairs and communications Nick Clegg is settled in after joining the company last year.  Clegg, a former UK deputy prime minister, assumed that role after Elliot Schrage stepped down from the position in June after 10 years.

“What makes this so hard is that I have more faith in Facebook than ever. When I started working with Facebook in 2008 (I was still running OutCast), Facebook had 40m people using the service and was only available in the U.S. When I moved in-house 8 years ago, Facebook was just a website,” Marooney wrote. “So much has changed - we are now Facebook, Messenger, Instagram, WhatsApp, AR/VR, Portal — with global data centers and amazing technology and engineering. But so much has stayed the same — there is so much good happening on Facebook and the entire family of apps every day. And for our challenges - we have plans in place and the right people working on them.”

Prior to joining Facebook, Marooney was the co-founder and chief executive of Next Fifteen’s OutCast Communications until 2010. Marooney built OutCast alongside fellow co-founder Margit Wennmachers, who left in 2010 to become a partner at venture capital firm Andreessen Horowitz.

On top of Marooney's departure, Facebook is also reportedly losing Debbie Frost, who announced she would be leaving her position as director, global communications and public affairs after nearly 12 years in the job.

The departures come on the heels of a spate of leadership changes in Facebook’s communications division.  Last year alone, the social media giant lost Schrage, who ultimately took responsibility for the company's decision to hire controversial public affairs firm Definers after a major flap surrounding the move, and brought Clegg onboard. It also saw the departure of Rachel Whetstone, who was a VP overseeing for WhatsApp, Instagram and Messenger products communications. She left Facebook to become chief communications officer at Netflix.