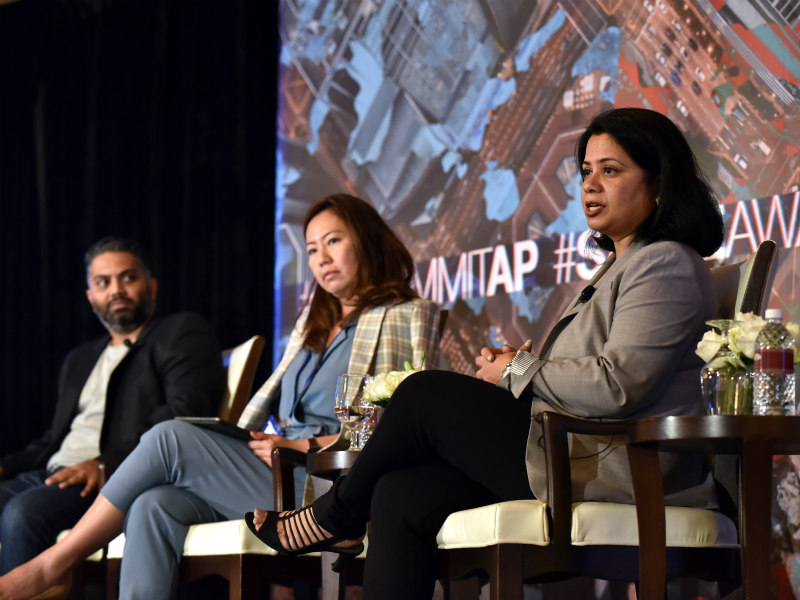 IN2Summit Asia-Pacific: 'You Have To Commoditise Reputation'

Proving the 'human' worth of communications remains a central issue, according to in-house leaders at last week's Asia-Pacific Innovation Summit.

SINGAPORE — Communicators need to quantify the value of reputation if they hope to persuade CEOs of the value of personalised engagement, according to a panel of in-house leaders at last week's Asia-Pacific Innovation Summit in Singapore.

Outgoing Jardine Matheson corporate affairs director Erin Atan told delegates that "you have to commoditise reputation" in order to persuade business leaders of its worth to the overall business. "Make them understand that reputation is the outcome of trust."

Atan also noted that speaking in terms of growing the 'total addressable market' (TAM) can also help shift perceptions of the communications function as a cost centre. "It's about expanding your TAM, and suddenly [they] get it. You can start quantifying what it is now and what's the possibility in the future."

Atan made the comments during a panel discussion, moderated by Archetype creative director Lee Devine, that explored whether public relations people have lost sight of the importance of human connection amid the proliferation of big data and tech-fuelled engagement tools. That trend, said GE South Asia chief communications officer Rachana Panda, requires communications leaders to prove the value of human engagement at a C-suite level.

"We're in the business of building trust, internally and externally," said Panda. "It's a humongous task — there's politics, there's stakeholder management and there is a lot of pressure internally. If you are very focused on business outcomes, it adds to the value. If that is something which is understood by the business leaders or the CEOs, life becomes easier."

If brands are truly to become 'more human', however, they will need to remember that values matter, especially at times of crisis. Arnab Roy Choudhury, Standard Chartered Bank's global communications lead for information and security, pointed to Leica's decision to distance itself from a controversial ad after a backlash in China.

"If you have taken a stand on an issue as broad as this, then you need to have been absolutely certain of taking that stand and digging in to defend it," said Choudhury. "But instead, the client went ahead and said, 'we have nothing to do with it', and threw the agency under the bus. Now that, in my mind, loses credibility. And the next time you do something different, I won't be looking at you. I won't be listening to your messages."

That lack of humanity, continued Choudhury applies just as much to the pivotal agency-client relationship.  "What does that tell an agency about whether they can trust you as a client?"

For GE, tackling that challenge comes down to ensuring a thorough understanding of the company's personality and point of view. "On any global issue, within a few minutes, the global teams are all aware of what's happening," said Panda. "And I think that's where technology helps. And also there's a huge cascade mechanism in terms of leadership, speaking to the teams on social in the Yammer groups, or on different platforms. The position of the company on certain issues is very generously circulated throughout."

That kind of consistency and understanding, however, is the responsibility of communicators. "That's where I feel culture change is something that the communications team takes up," said Panda.

Ultimately, no amount of technology and data can displace the importance of listening, said Atan. And that goes for corporate activism as much as it does for the agency-client relationship.