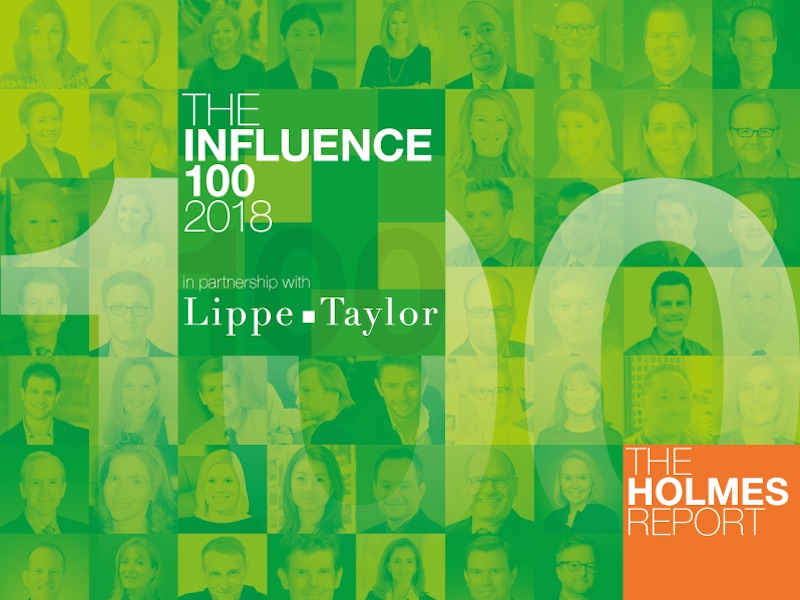 Research reveals the world's most powerful communicators control PR spend in excess of $3.3bn, almost 50% less than the $6.5bn recorded when this survey launched in 2012.

New research into the Influence 100, the Holmes Report's annual list of the world's most powerful brand and corporate communicators, reveals that their PR budgets continue to shrink, alongside their agency spending patterns.

After a temporary spike to 19% last year, the number of executives who oversee PR budgets greater than $100m has continued its freefall. From 50% of respondents managing budgets of this size in 2014, the proportion is now down to 11%.

The majority of respondents — 56% — now manage a PR budget of less than $25m, a dramatically higher proportion than last year, when less than 30% were at the lower end of the budget spectrum.

The numbers indicate that the Influence 100 controls PR spend in excess of $3.3bn, almost 50% less than the $6.5bn recorded when this survey launched in 2012.

The majority of respondents said budgets had stayed flat on the previous year; where there had been budget increases, these were almost all limited to 5% or less. Some disclosed they had seen budget cuts of 10%, 20% and even 30% this year.

In-depth research into how the Influence 100 manages its teams, budgets and agencies can be found here, including: reporting lines, team size trends, integration, agency responsibilities and hiring factors.

The full Influence 100 can be found here, including Profiles of each executive and comprehensive insights on:
Demographics & Background
Future Challenges, Diversity & Inspiration