Please refer to our Privacy Policy for important information on the use of cookies. By continuing to use this website, you agree to this.
Home Rankings & Data Influence 100 The Influence 100 2018 Insights: Teams, Budgets & Agencies

There's a slight dip in the number of respondents reporting into the chief executive or chair this year: 64%, down from 66% in 2017, but up from 60% in 2015. Oversight by the chief marketing officer stayed steady at 14%, with the remaining 22% reporting into various functions including the chief operations officer, HR, legal and heads of sales. 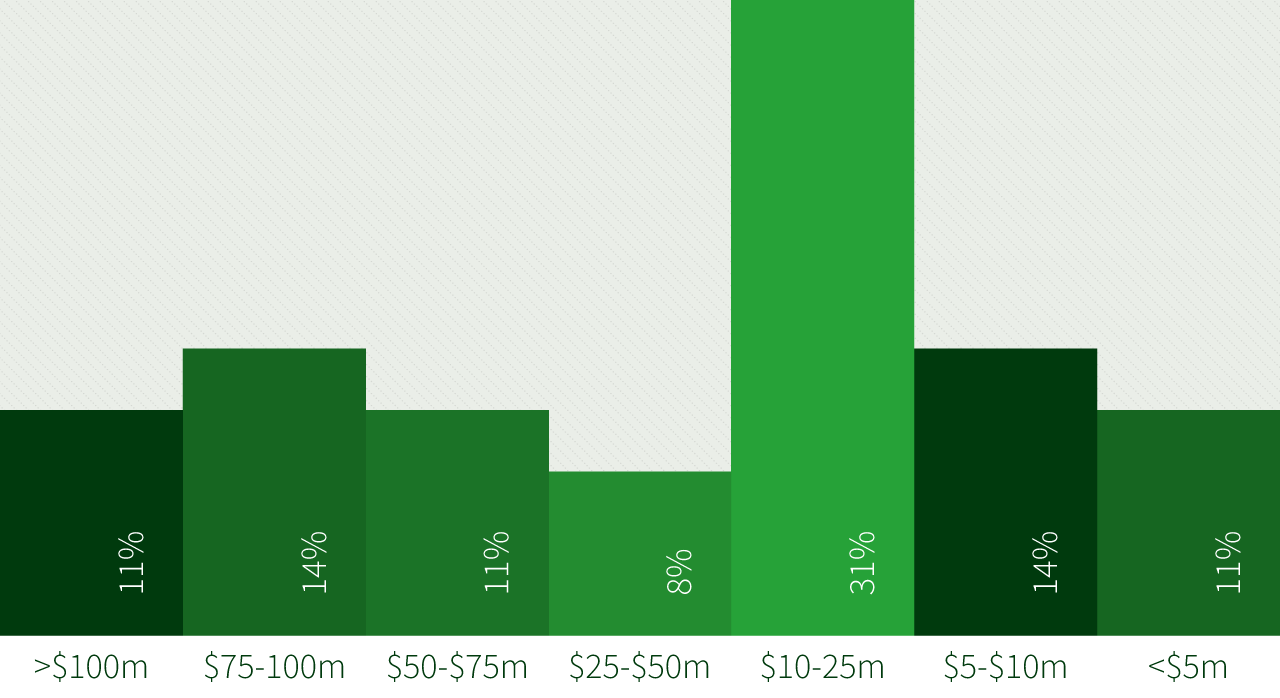 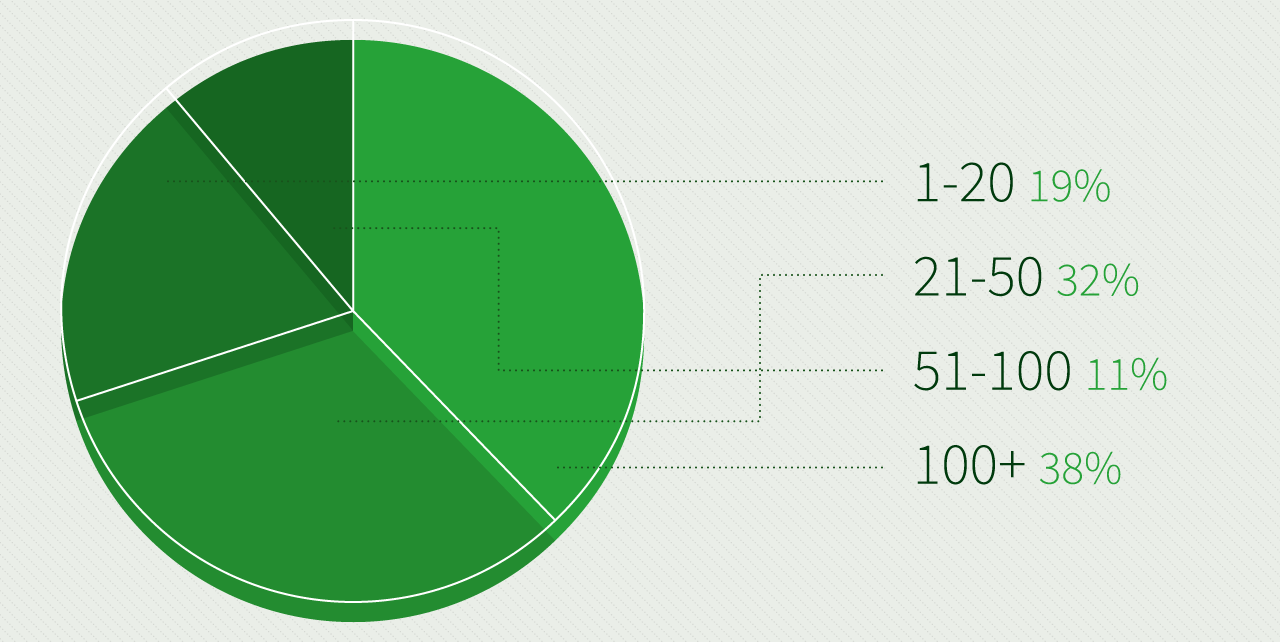 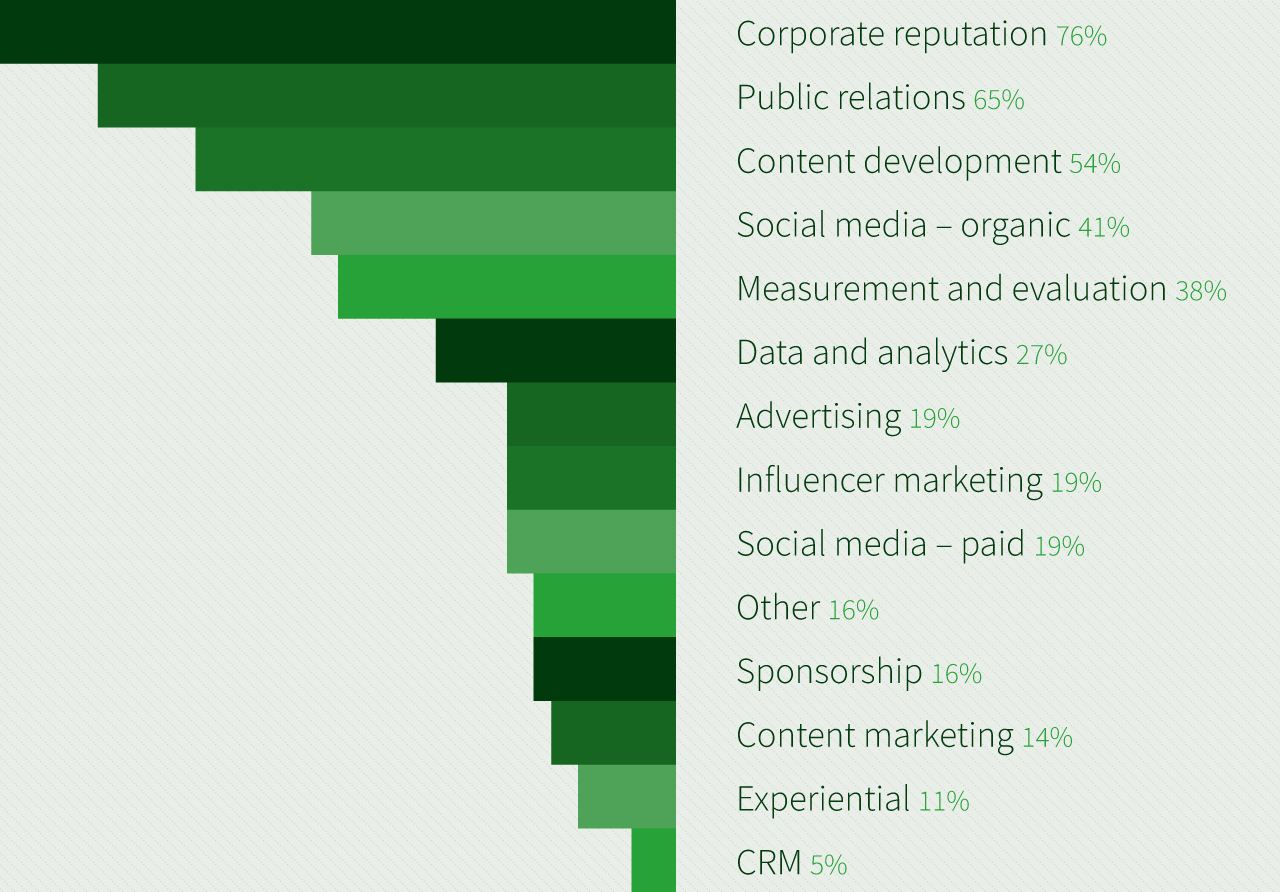 There’s no question that PR budgets have shrunk among our influencers this year, after a temporary spike to 19% last year, the number of executives who oversee PR budgets greater than $100m has continued its freefall. From 50% of our respondents managing budgets of this size in 2014, it’s now down to 11%. Those who peg their budget between $75m and $100m dropped to 14% from 19% last year, but that’s still up from 10% in 2016 and 2015.

The majority of respondents said budgets had stayed flat on the previous year; where there had been budget increases, these were almost all limited to 5% or less. Some disclosed they had seen budget cuts of 10%, 20% and even 30% this year.

The number who manage teams of more than 100 people dropped from 47% to 38% this year, and the majority now manage teams of 50 or less. There was huge variety in the extent of team flux: while most reported their teams had stayed the same size or gone up and down by 5% or less, there were also respondents whose team had been slashed in half or worse, and also those whose teams had doubled in size.

PR budgets include a wider range of activities than ever. The areas that have swallowed up most spend this year and are anticipated to be major areas of spend next year include reputation management, traditional public relations, content development, employee engagement, and organic social media.

The Influence of our 100 this year again ranges further than public relations in terms of being primary decision makers for hiring agencies beyond PR firms, although to a lesser extent than in 2017. This year, 64% of respondents were the primary decision-maker for digital/social agencies (down significantly from 79% last year) and 28% said the same of advertising agencies, although this was also down sharply from 47% in 2017.

After last year’s surge in respondents who said they use one global agency of record to 13%, this year it’s back down to 5%, more in line with 2016’s figure of 6.5%. The number who said they have a global AOR, but also work with other firms rose slightly to 35%. Selecting firms on a project basis is still on the rise, from 36% last year to 38%. 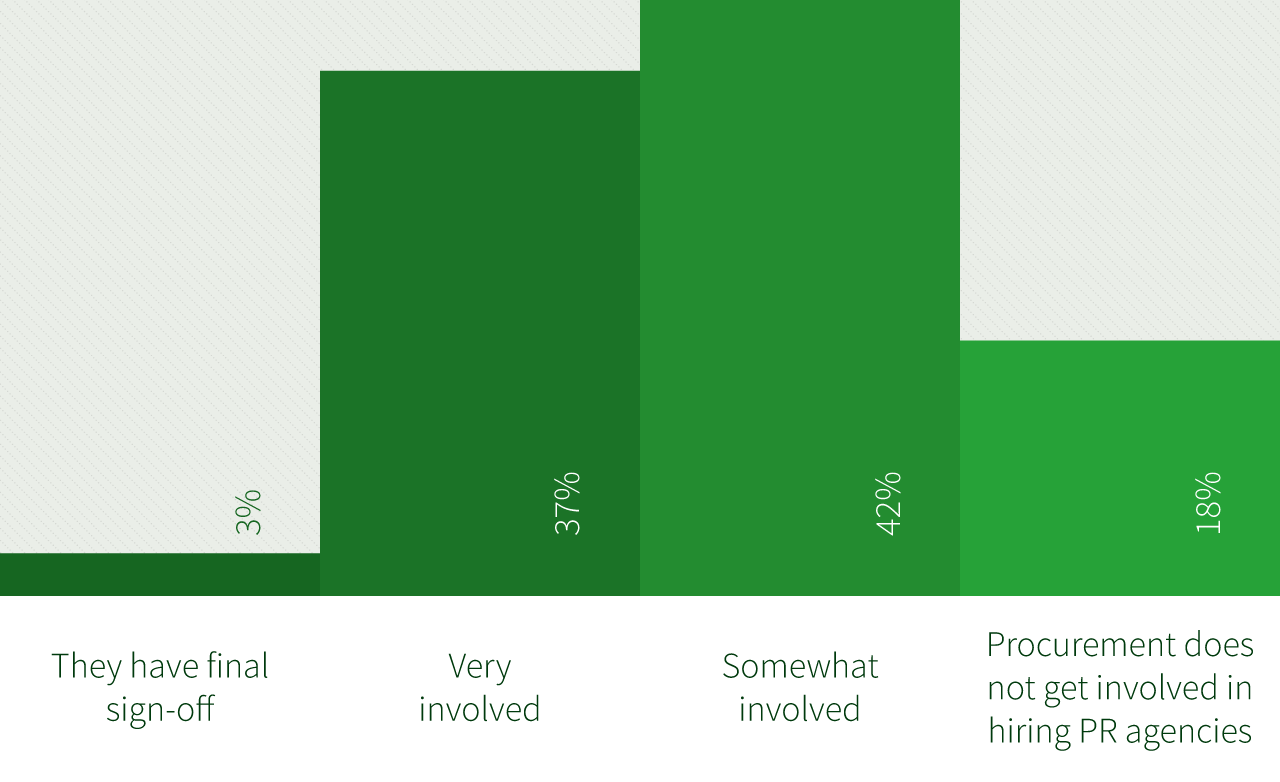 There’s been a big drop in the number of influencers preferring to hire an agency via an invitation-only pitch, down from 63% last year and 55% in 2016 to 34%. A similar number prefer to run a traditional RFI/RFP process, up from 27% last year. The number of respondents who prefer to hire an agency they have previously worked with is stable at just 3% - though hugely down from 17% in 2016. Those opting to use a referral network is up dramatically from 7% to 29%.

There’s much talk about procurement’s increasing involvement in the pitch process, so for the first time this year we asked our in-house influencers what role the procurement function in their organisation played in the hiring of PR agencies. A significant number – 79% – confirmed that procurement were somewhat or very involved, and while 18% said procurement does not get at all involved, 3% said the function has the final sign off on agency hire.

There has been a further shift in the perceived value that agencies bring to their clients this year: despite all the agency investment in creatives, it’s more about execution as far as clients are concerned. Creative thinking and new ideas was seen as the greatest benefit of working with an agency by 27% of respondents, down from 40% last year. Strategic counsel and direction was also down even further to 19%, compared to 27% last year and 40% in 2016, while tactical support and execution continues to rise as a perceived benefit, up to 46%, from 27% last year and 17% in 2016.

To what extent are the different marketing and communications functions in your business integrated?

With integration the buzzword of the year, we added another set of questions in our influencer survey around the extent to which marketing and communications functions in their business are now integrated, and their expectations of their PR agencies in terms of offering an integrated service. Most – 55% – said there was partial integration of marketing and comms disciplines within their organisations, and 38% said there was full integrations. Only 5% said they still operated completely separate silos. It’s no surprise, then, that PR agencies are required to mirror this integration: over 57% said they now required full integration from their agencies. At the same time, more than 62% of clients are still expecting their PR agencies to be specialists in that discipline.