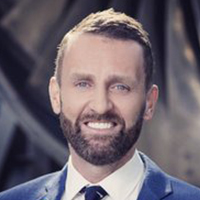 After establishing himself as one of Australia’s finest public affairs practitioners, Andrew Parker sold his Parker & Partners consultancy to Ogilvy PR. In 2007 he departed Ogilvy PR to take on global public affairs leadership at Emirates in Dubai, before returning to Australia in 2013 for Qantas’ top corporate affairs role, reporting directly to the CEO.

By that point, Parker had already played a key role in the alliance with Emirates, as well as previously serving as press secretary and political adviser to various state and federal political leaders and ministers. Parker’s role was adjusted slightly last year in a senior reshuffle, but he remains one of the country’s most influential communicators, overseeing Qantas’ government, industry, public policy, regulatory, environment and international affairs worldwide.

Can you share a moment in your career when you saw PR's direct impact on business performance?
A HPV (vaccine) campaign in Australia that captured the public's imagination so the government changed its mind and funded the medicine with significant societal and business outcomes. And the Emirates-Qantas joint venture needed public relations to secure support and have a chance of success.

What do you love about this industry?
Its diversity, intensity and daily (hourly) relevance.

What most frustrates you about this industry?
Still misunderstood, simplicity in approach/attitude, speed vs thoughtfulness and occasionally limited resources.

What are the communications industry's biggest challenges and opportunities?
Biggest opportunities: boards and management are more engaged than ever on threats, risk, reputation and social license. Biggest challenges: thoughtful, informed debates often near impossible.

How do you relax or change pace when you're not at work?
Travel, ski, read, exercise, F1 and try to give back to the LGBTI community.

Can you share a book/movie/TV show/podcast that teaches a valuable lesson about PR?
I love This American Life and Pod Save America for their political and human insights; and the final episode of Mad Men shows how thinking differently or placing yourself outside your comfort zone can produce extraordinary results.

If I wasn't working in marketing/communications, I would be...
A spy.