Please refer to our Privacy Policy for important information on the use of cookies. By continuing to use this website, you agree to this.
Home Rankings & Data Influence 100 The Influence 100 2021 Insights: Teams, Budgets, Agencies 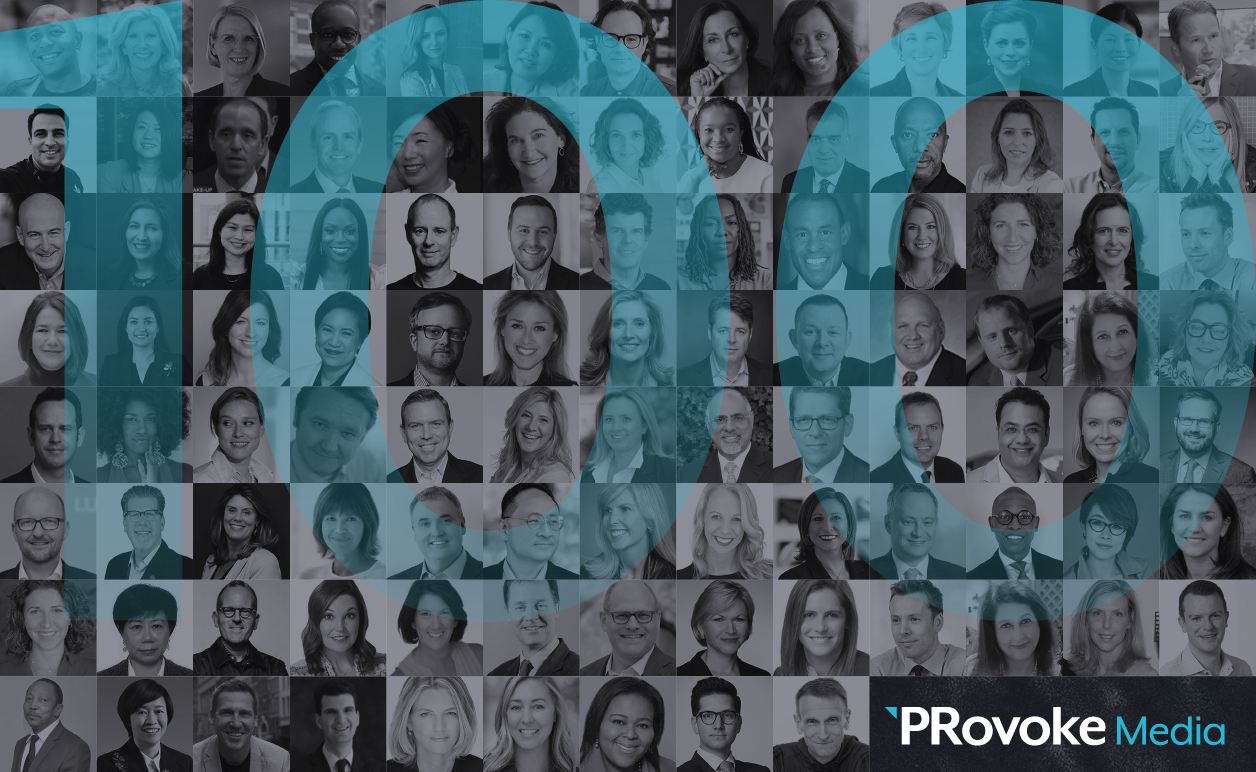 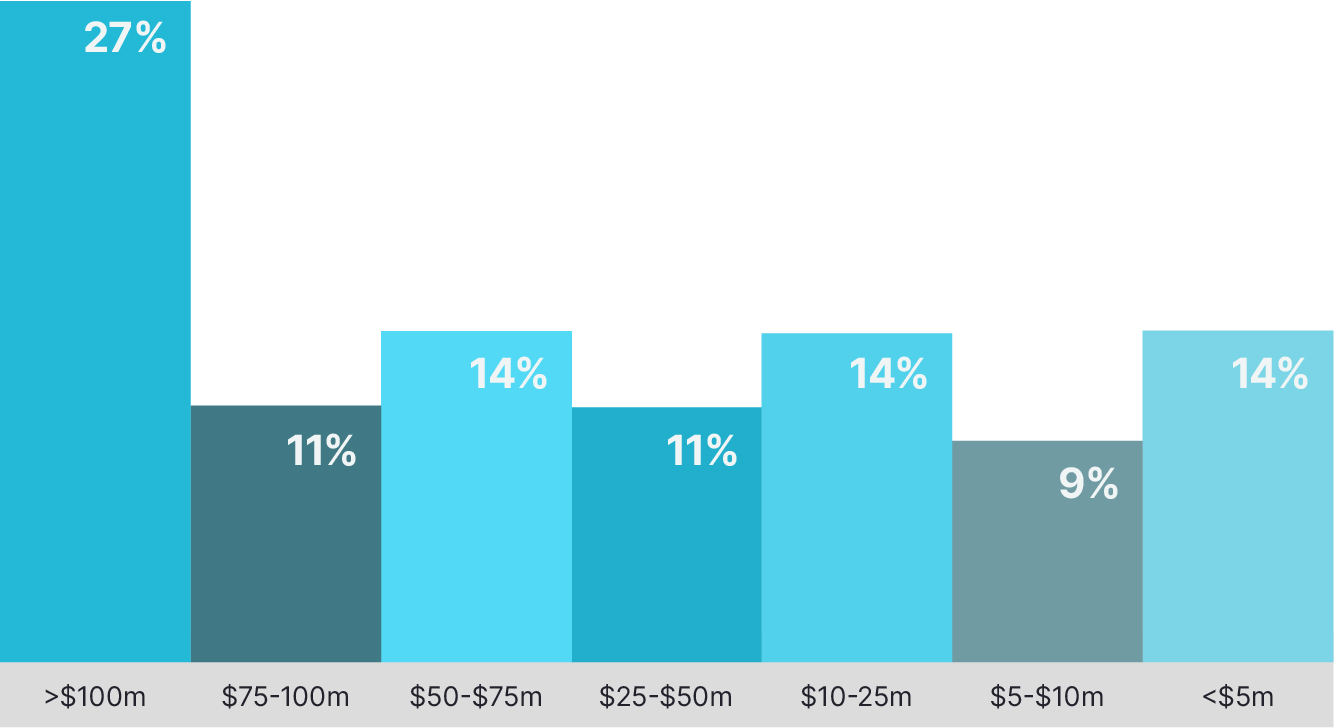 Our Influence 100 now control PR spend of more than $4.7 billion, almost back up to 2019 levels after last year’s unsurprising dip to $4.2 billion, although still much less than the $6.5bn recorded when this survey launched in 2012. 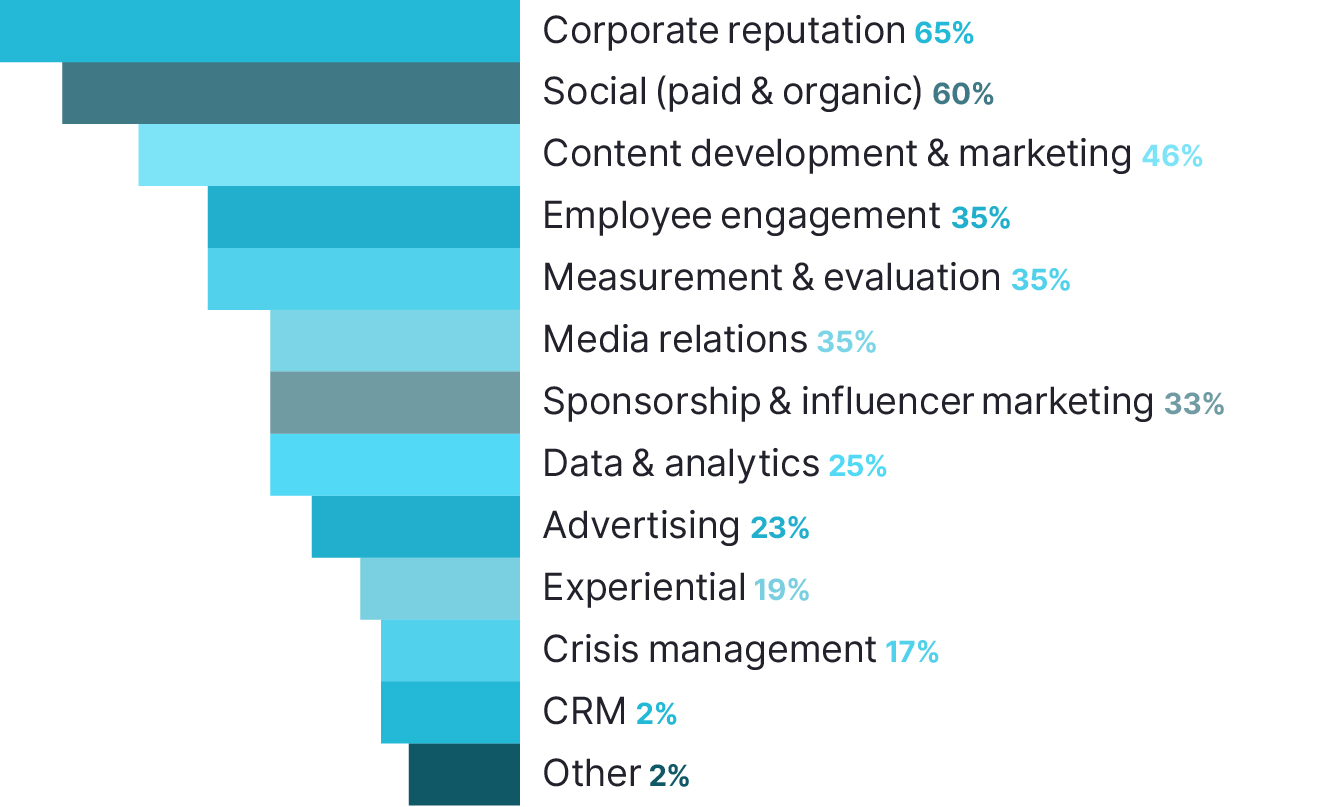 PR budgets include a wider range of activities than ever. The areas that have swallowed up most spend this year and are anticipated to be major areas of spend next year include corporate reputation (65%, still at the top, although down on the 75% who said it was a priority last year) and social media, where 60% said they expected paid and organic social to be a significant area of spend, although this is down from 91% who said much of their focus would be on social last year as priorities in how to reach and engage audiences in lockdown shifted.

Other areas of note were traditional media relations (a priority line in the budget for 35% of respondents) and content development and marketing at 46%, well down from being a priority for 65% of respondents last year.

Employee engagement and change management will continue to be a major area of spend for 35% of respondents, although this is down from 45% last year. Unsurprisingly, crisis management is slightly less of a priority, picked by 17% of our influencers compared to 30% last year.

Advertising spend is back up to 24% of anticipated spend over the coming year, after dropping significantly from 26% to 16% in last year’s report. Sponsorship and influencer marketing were a priority for 33% of our cohort, compared to 29% last year, while experiential was only one percentage point down on last year, at 19%.

How confident are you about the resilience of the sector you operate in, post-Covid-19?

There was huge variety in the extent of team flux: while some reported their teams had stayed the same size, there were plenty of respondents where headcount had increased by 5%, 10%, 20%, or more than doubled. A much lower number said their team had shrunk, by anything from 4% to 33%, compared to 2020.

As employees start to return to the office, we also asked about in-house working models, offering respondents a wide choice of options: full time in the office; hybrid model between office and home; mostly remote; completely remote; still unsure; or some other model. Almost all – 92% – said they would be adopting some kind of hybrid model, with the remaining 8% saying they expected employees to be back in the office full time. None of our in-house leaders were anticipating a mostly or completely remote model.

The Influence of our 100 this year again ranges much further than public relations, in terms of being primary decision makers beyond PR agencies, where 98% are again responsible for hiring, the same as last year. This year, 69% of respondents were the primary decision-maker for digital/social agencies (up from 64% last year and 53% in 2019) and 41% said the same of advertising agencies, up significantly from 32% last year. Other specialist agencies managed by our cohort included content, data and analytics, research, measurement, public affairs, ESG and CSR, financial communications, events, and training.

Just 4% of our CMOs and CCOs say they have one global PR agency of record, up from 2% last year but still down on 6% in 2019. The number who said they have a global AOR, but also work with other firms was 33%, down from 39% last year. There was also a drop in the number in the proportion of respondents who use regional agencies of record, from 14% to 8%, similar to 2019 levels, but a hike in the number of in-house leaders who have separate agencies in each market, from 11% to 20%. The trend for selecting firms on a project basis is steady, with a third again saying this was their preferred way of working with agencies (up from 23% in 2019). And compared to last year, when every one of our influencers said they used PR agencies, this year 2% said they did not (although this is still down on 6% in 2019). 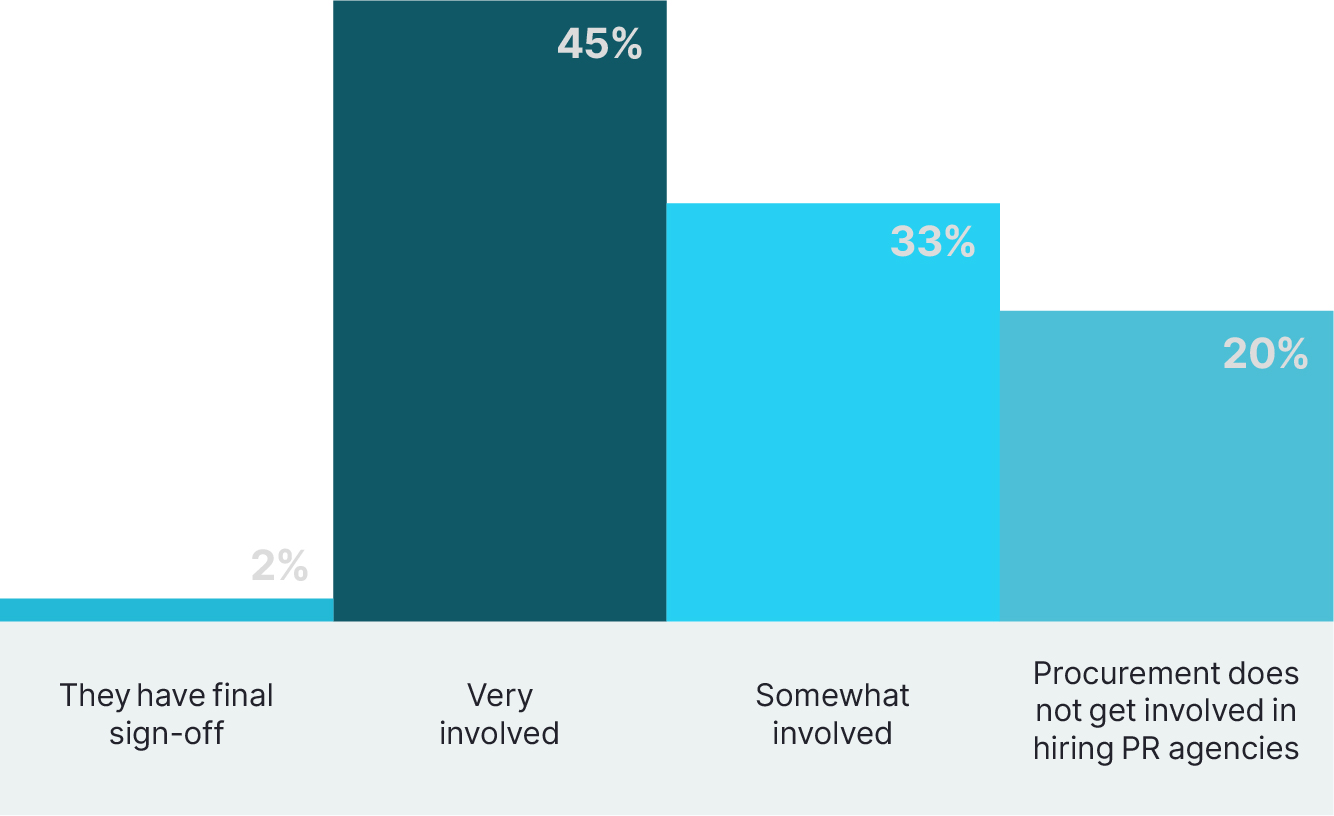 The number of CCOs and CMOs preferring to hire agencies via a traditional RFP pitch process was significantly up this year, from 32% in 2020 to 45% (compared to 37.5% in 2019), while the number preferring to run an invitation-only process was down from 52% to 39%. The number of respondents who prefer to hire an agency they have previously worked with was down slightly from 9% to 6% (compared to 3% in 2019), and those using referral networks was back up to pre-pandemic levels, at 10%, compared to 7% last year.

Which agency services do you anticipate making an effort to bring in-house?

For the first time this year, we asked our leaders which agency services they would be looking at bringing in-house. While 30% said none, the same number said they would be making an effort to bring media relations in-house, 30% said they would be looking at bringing social media management in-house, and 28% said they were considering bringing content production in house – all core and growing income streams for PR agencies. Nearly a quarter of our respondents said they would like to bring data and analytics in-house, while both measurement and evaluation and creative idea generation were being looked at as possible functions that could be brought in house by 18% of the Influence 100. Influencer marketing was a less attractive option, with only 10% saying they would be bringing it in-house. Other options included earned media – although one respondent commented: “We’re actually farming out more than we historically have.”

How would you rate your overall satisfaction with your PR agency partners?

Not surprisingly, there has been a shift in the perceived value that agencies bring to their clients this year as we move beyond the crisis phase of the pandemic, with a small drop in the number of CCOs and CMOs who said they most valued agencies’ strategic counsel, from 26% last year to 20% this year, compared to only 13% in 2019. There was a notable rise, from 19% to 25%, in the number of those saying creative thinking and new ideas had been the greatest benefit of working with an agency over the past year – although still nowhere near the 36% who rated agencies’ creativity most highly in 2019. And there’s again an even stronger focus on in-house leaders valuing agencies’ tactical and execution support, up from 43% in 2019, to 49% last year, and 51% this year.

How has Covid-19 impacted the expectations you have for your PR agencies, despite any recent budget changes?