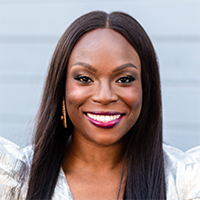 Last year, Peloton hired rising star Dara Treseder to lead global marketing and communications, reporting to the fitness company's president William Lynch. She joined just as the fitness company was rebounding from a controversial ad while also riding a surge in demand as consumers were forced out gyms into home workouts.

Just a few months into the job, Treseder launched Peloton's first major brand campaign highlighting nine real members of our @onepeloton community. The first major crisis Treseder faced during her tenure was Peloton being compelled to recall its treadmills after injuries and a child’s death. Peloton co-founder/CEO even issued a statement admitting the company "made a mistake" in not recalling the machines sooner.

As SVP/ head of global marketing and communications, Treseder oversees brand marketing, consumer insights, communications, and creative. Peloton's centralized marketing efforts are organized around two key functions: global marketing, run by Treseder, who will set the strategy and goals for Peloton's marketing efforts to build the Peloton brand and drive the company's growth and international expansion; and global product marketing, which is overseen by Karina Kogan, who joined Peloton in April 2019.

Treseder joined Peloton from 3D printing startup Carbon, where she was CMO. Previously, she worked at GE as the chief marketing officer of its GE Business Innovations and GE Ventures divisions, and at Apple as global head of demand generation for FileMaker.