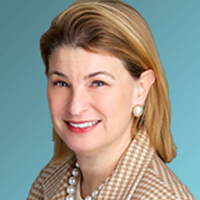 Pfizer became a household name in 2020, when it produced the first Covid vaccine approved for use in the US. That milestone, however, gave rise to a plethora of communications challenges, as Pfizer, along with players across the healthcare industry, faced convincing doubters of the safety of the inoculation.

Sally Susman, Pfizer’s senior communicator, is a staunch advocate of the view that only earned media can deliver the authenticity and credibility that companies need to build reputation, particularly critical amidst such challenges. “If we pay, it’s immediately tainted,” she said, addressing the loss of public trust in big pharmaceutical companies. Susman has invested in efforts such as the “Maintain” program, which offered free prescriptions to patients laid off during the economic crisis, or the company’s award-winning push into social media—which many pharma companies continue to regard with suspicion.