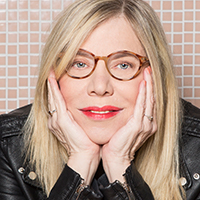 In 2018, award-winning communicator and trendspotter Marian Salzman left agency life – including a decade as CEO of Havas PR North America – moved to Switzerland and embarked on her greatest challenge to date: heading global communications at Philip Morris International (PMI) as it embarked on its journey to a smoke-free future. Charged with developing a multilayered communications program to accelerate PMI's vision, Salzman is forging alliances with NGOs, advocacy groups and regulators and other parties to accelerate an end to cigarettes.

She’s also made bold strategic moves to transform the function itself and how it sits within the company. Her goal is to reintroduce PMI into, as she puts it, “civilized society” and engage that society in meaningful conversations about the future of tobacco. Reporting directly to global CEO André Calantzopoulos, she directly oversees almost 100 communications professionals on three continents, who are responsible for media relations, scientific engagement, content development, crisis management, internal communications, sponsorships and more.

At Havas, Salzman chaired its global PR Collective, where she reshaped creative output. She also served on the Havas Worldwide general managers group and as co-chairman of the company's first international steering committee for its social media assets. She was previously chief marketing officer at Porter Novelli and JWT Worldwide and the chief strategic officer at Euro RSCG Worldwide (Havas Creative). Her most famous consumer campaign was the launch of “metrosexual” to create a marketplace for SABMiller’s Peroni, which became the word of the year in 2003. Salzman is the author of 17 books, including Buzz, the first business book on buzz marketing, and her latest: Agile PR: Expert Messaging in a Hyper-Connected, Always-on World.