Please refer to our Privacy Policy for important information on the use of cookies. By continuing to use this website, you agree to this.
Home Rankings & Data Influence 100 The Influence 100 2019 Insights: Inspiration & Most Admired Communicators 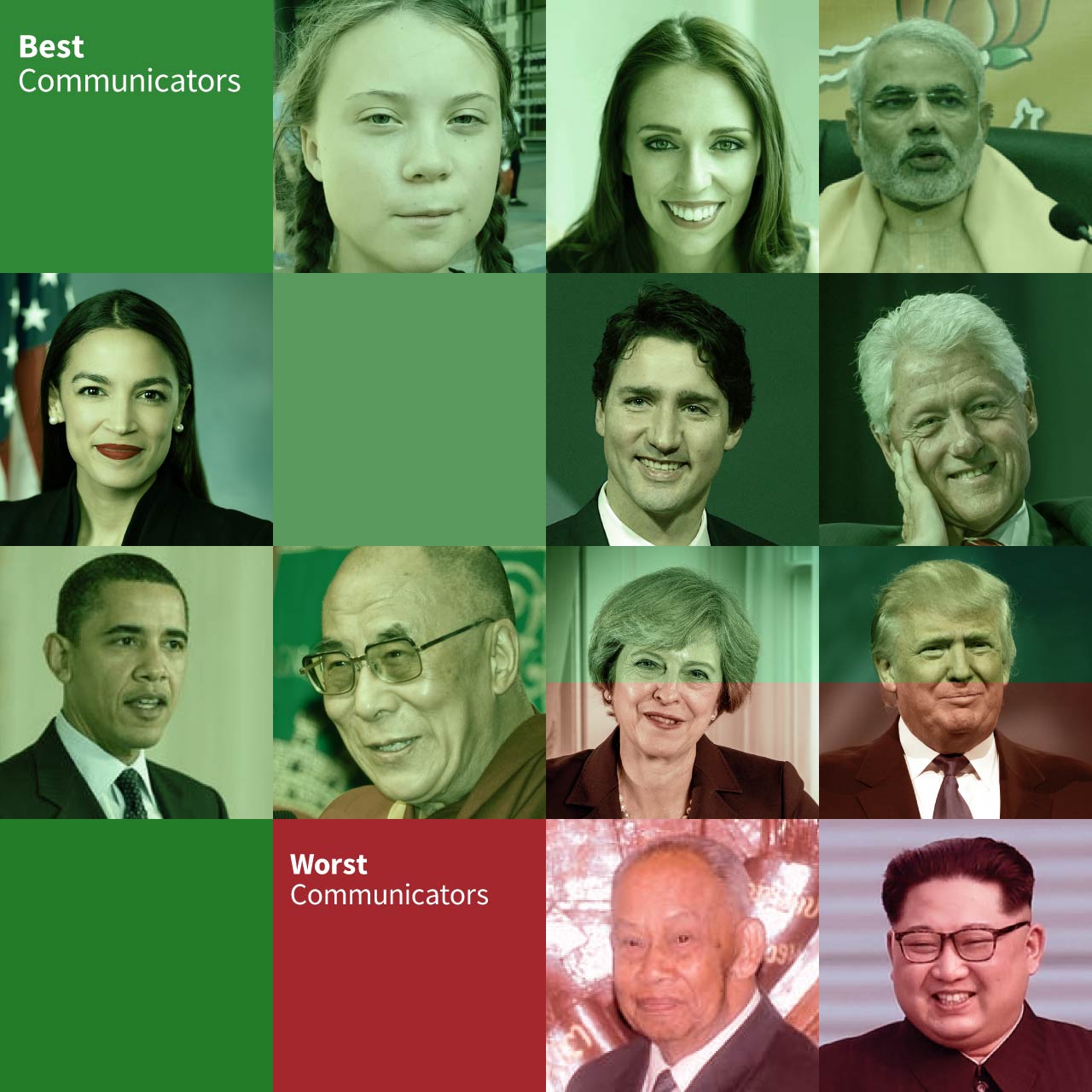 There was an unusually long list of nominees for best communicator among world leaders this year. Former US president Barack Obama was again among the most-named, but was this year pipped to the top spot by New Zealand’s prime minister Jacinda Ardern, whose powerful response to the Christchurch shootings in March prompted one respondent to name her as “hands down the best communicator on the planet.”

Two other headline-making women – one battling racism, the other the climate emergency – made the best communicator list for the first time: US congresswoman Alexandria Ocasio-Cortez, the most vocal of the group of four women of color who Donald Trump recently told to “go back” to the countries they came from, and 16-year-old Swedish environmental activist Greta Thunberg, the youngest nominee ever to make our list.

The list of the worst communicators among the world’s leaders was much shorter. Former British prime minister Theresa May, who spent her final year as leader grappling unsuccessfully with Brexit, was mentioned several times on the best and worst list. And, unsurprisingly, US president Donald Trump again had repeated mentions as both the best and worst communicator, although it was the latter category in which he was overwhelmingly nominated. North Korean leader Kim Jong-un also returned to the worst communicators list, along with the Sultan of Brunei.

Most influential marketing and communications professionals 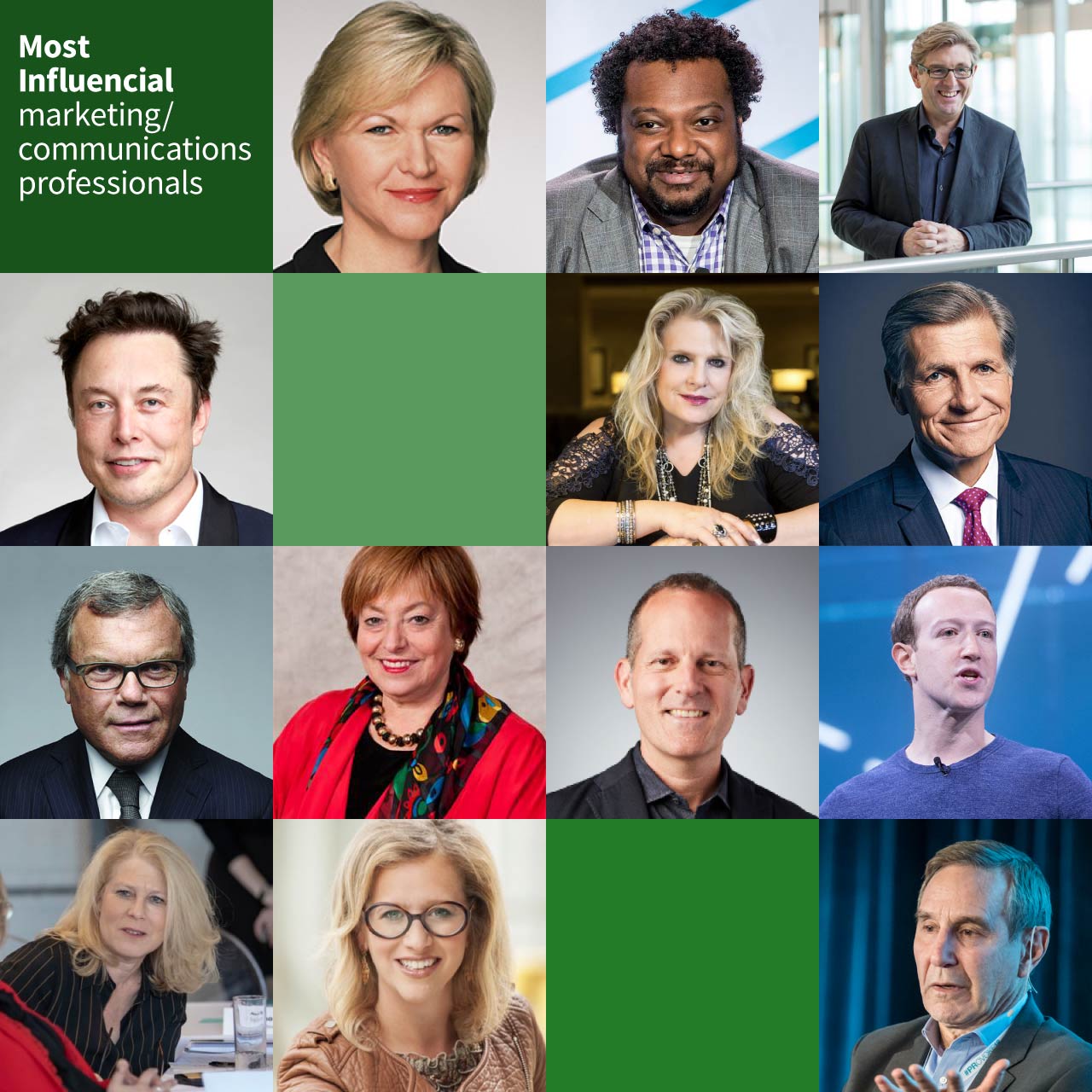 The nominees for most influential professional again featured business leaders as well as marketing and communications heads, namely Tesla and SpaceX CEO Elon Musk (“Not from the fraternity but does this job fabulously”) and Facebook founder Mark Zuckerberg. 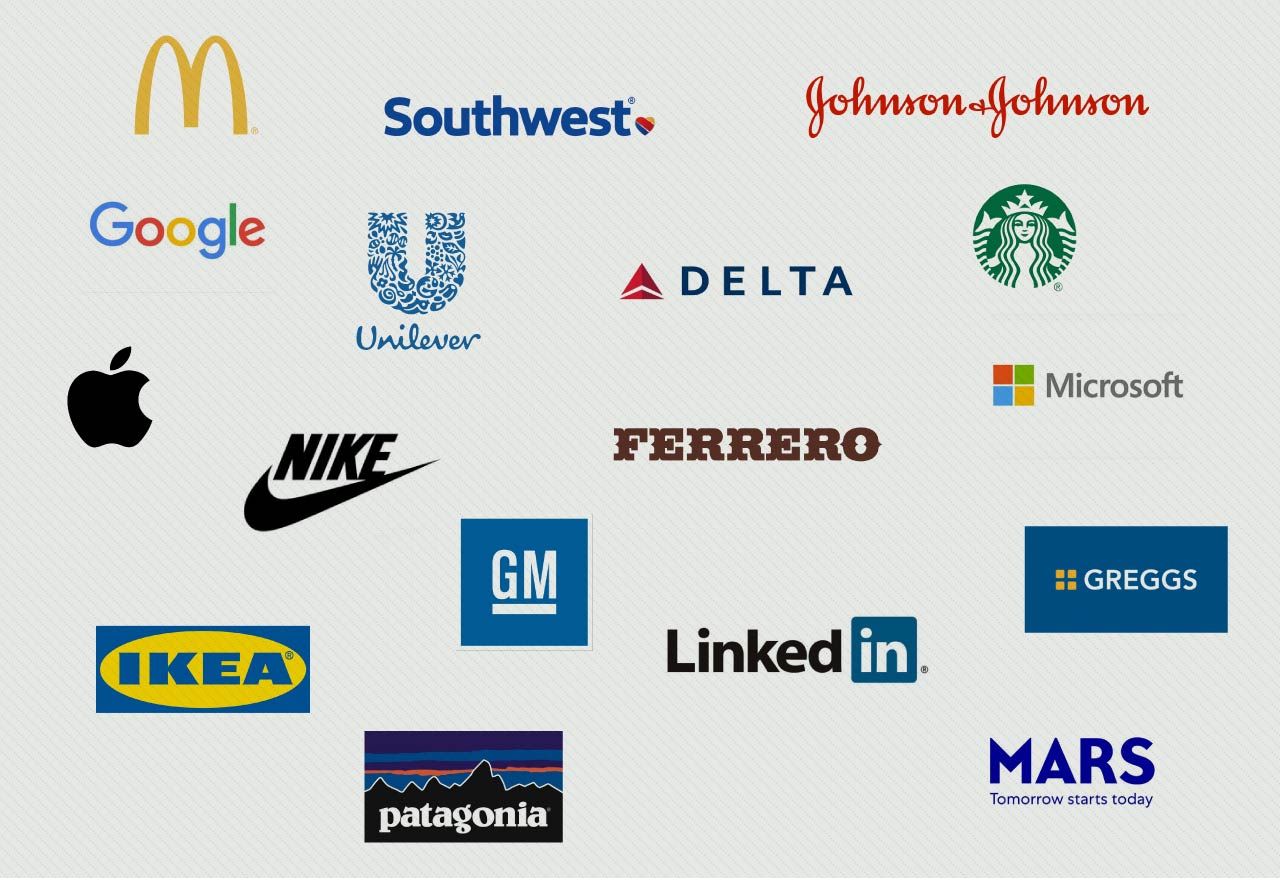 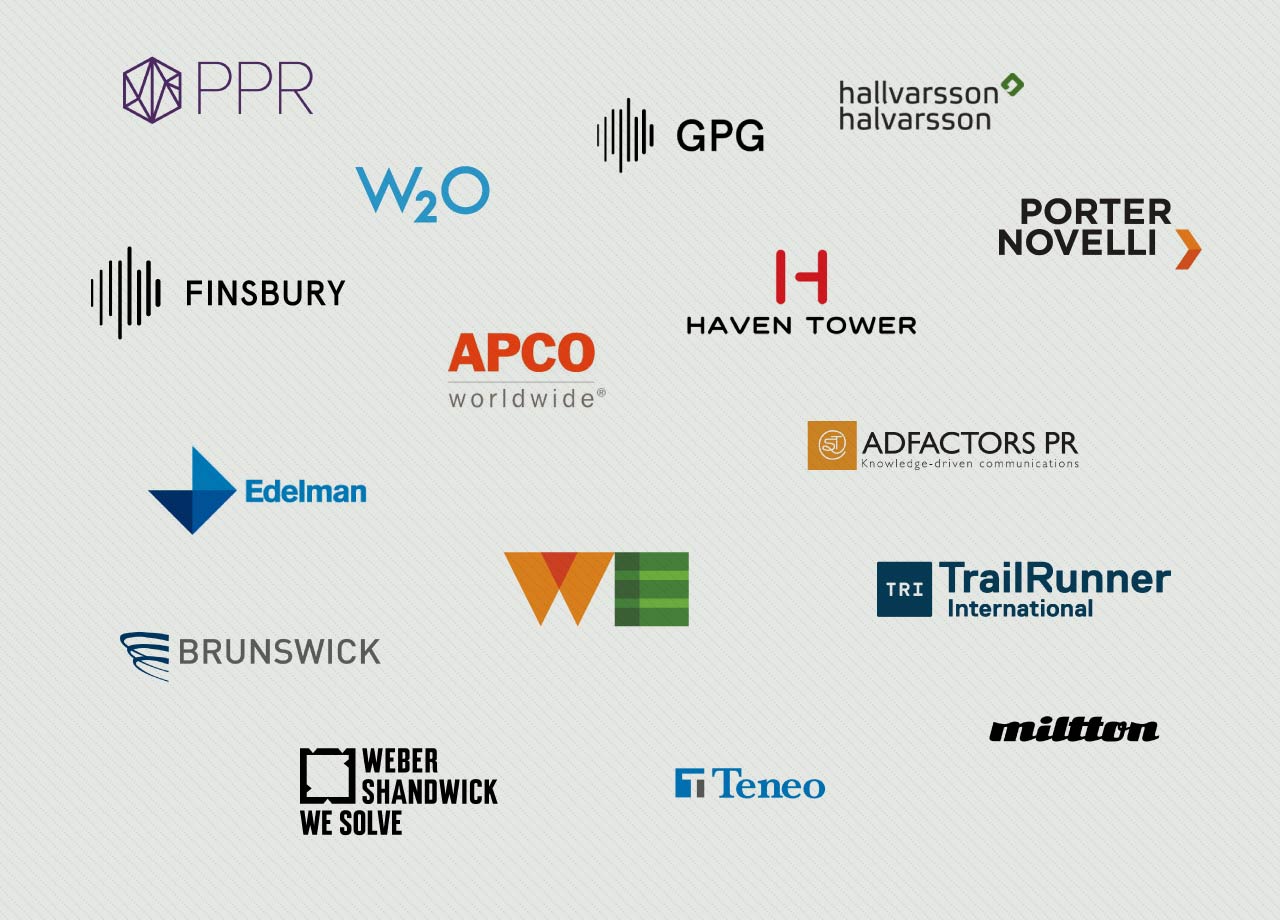 Edelman was knocked off the top spot after six years of being the most frequently-cited public relations agency when respondents were asked which firm they most admired, with Weber Shandwick instead having the most mentions. Other consultancies with repeat mentions included APCO Worldwide.