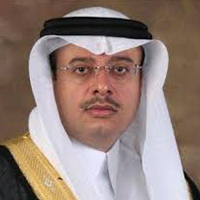 Nabeel al-Jama took on the top corporate affairs role at Saudi Aramco last year, at a pivotal moment for the oil giant that is often viewed as the world’s largest private company. Months after putting it on hold, Saudi Arabia has reignited plans for a $2tn flotation of its national oil giant, a process that will again raise numerous communications challenges.

Secretive by nature, Aramco’s emergence into the spotlight has been accompanied by a halting effort to improve transparency, which included opening its books to reveal the world’s biggest corporate profits. And Aramco’s IPO is the centerpiece of the Kingdom’s ambitious 2030 plan to diversify its economy away from oil wealth and open up for international investment.