Please refer to our Privacy Policy for important information on the use of cookies. By continuing to use this website, you agree to this.
Home Rankings & Data Influence 100 The Influence 100 2019 Profiles Shannon Stubo Brayton 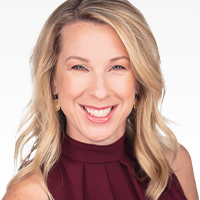 After five years at LinkedIn, in 2015 Brayton was named interim chief marketing officer, and within two months she became the permanent replacement, expanding her chief communications officer role to include all of the marketing activities at the company.

Brayton reports to CEO Jeff Weiner who, at the time of her promotion, told staffers in the short time she had been in the role already made “a material impact on the business.” Before joining LinkedIn as a VP of communications in 2010, she was a VP of corporate communications at eBay and prior to that had a stint at Yahoo.