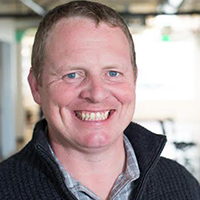 On leaving Visa after more than a decade in 2013, Will Valentine moved from the financial sector into the digital economy as head of communications for music streaming site Pandora, and now, with Lyft. He joined the ride-sharing company in 2017, as the company gained momentum in its fight for market-share against beleaguered industry leader Uber.

Since then, Lyft’s reputation challenges have mounted, alongside its chief competitor’s. Both companies faced disappointing IPOs this year as investors were skittish about their paths to profitability, fueled by a price war and labor issues. Also adding to their reputational load, both are dealing with pending labor regulation and public scrutiny around the overall safety of their rides.

Before joining Lyft, Valentine spent three years at Pandora, and before that, held a variety of roles at Visa over more than a decade. He has also had stints at UBS and FleishmanHillard.