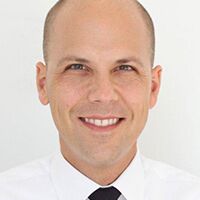 Michael Mand heads all corporate communications for CAA — the world’s largest entertainment and sports agency that represents some of the most recognized names and faces on the planet. Of course, CAA has expanded beyond talent representation to strategic marketing and other startup ventures to diversify its revenue streams.

Mand joined in 2001 after an unconventional start to his career. He started his career at Burson-Marsteller in New York, followed by a string of “odd jobs” that contributed to the depth and thoughtfulness Mand brings to the craft. After moving to Los Angeles, he worked at MSLGroup before joining CAA.

He leads a team responsible for all external and internal communications, in addition to a series of other corporate functions. He also advises high-profile talent, sports clients, and corporate clients on a range of strategic communications issues.

Mand serves on the boards of the Make-A-Wish Foundation of Greater Los Angeles and the Blackhouse Foundation, an organization that supports and promotes African-Americans working in independent film.